You are here: Home / Sections / Family / What COVID-19 Caselaw Tells Us about Parenting
Reading Time: 5 minutes 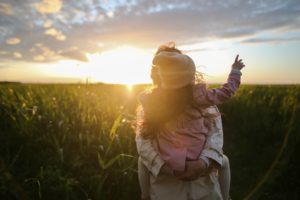 This column is coming out during the COVID-19 pandemic. Health authorities across Canada, and the world, have issued protocols for limiting the spread of the virus. Many family courts are only hearing “urgent” matters.

The court has heard cases during this time that speak to a specific set of circumstances in our history. However, the court’s decisions also speak to principles that parents, and legal professionals, can apply at any time.

One of the first parenting cases to come out was Ribeiro v Wright, 2020 ONSC 1829. Justice Pazaratz of the Superior Court of Justice in Hamilton, Ontario, heard an application shortly after the government implemented pandemic protocols. The mother wanted to suspend all of the father’s court-ordered parenting time due to the pandemic.

Justice Pazaratz spoke of the balancing act that parents and courts must achieve. On the one hand, we must follow and respect current parenting orders based on the presumption that those orders reflect the child’s best interests. And on the other hand, we must respect the health directives during an extraordinary time. In other words, parents and courts have to balance competing “best interests”: having a relationship with both parents vs. preventing the spread of a deadly disease. This balancing act will not be the same for every family. The court will deal with each family Parents must make good faith efforts to communicate.on a case-by-case basis. The court noted that the existence of the pandemic and the resulting change to our day-to-day routines does not, in and of itself, necessarily justify changing the parenting schedule. However, there may be some cases where parents have to forego time with their children. For example, where a parent must quarantine, where family members have a heightened risk or where a parent is not complying with health protocols. Parents must make specific and realistic time-sharing proposals to address all COVID-19 considerations, with their primary focus being the children.

In Le v Norris, 2020 ONSC 1932, Justice Conlan of the Superior Court of Justice in Milton, Ontario heard an application from a father who was being denied his court-ordered parenting time by the mother. Justice Conlan noted that “responsible adherence” to the existing court order could address the mother’s concerns related to COVID-19. This means “being practical and having some basic common sense”. The parents could follow the order while still following the protocols set out by the health authorities.

In Skuce v Skuce, 2020 ONSC 1881, Justice Doyle of the Superior Court of Justice in Ottawa, Ontario heard another application by a father who was being denied his in-person parenting time set out in Minutes of Settlement signed only a couple weeks before. By unilaterally cutting off the father’s visits, the mother had engaged in what courts often refer to as a “self-help remedy”. Justice Doyle noted:

The Court cannot be seen to condone this type of behaviour. Without citizens obeying existing court orders, the whole justice system would be turned over on its head.

Parents should follow the orders and agreements already in place, to the extent possible.The court went on to note: “children need and deserve stability, comfort, and predictability in their routine. Despite the current world events, this can be accomplished.” Children already cannot see their friends, teachers and extended families. They should see still see their parents, unless for their safety they should not.

In SR v MG, 2020 BCPC 57, Judge Bond of the Provincial Court in Vancouver, British Columbia heard an application from a mother seeking the return of the children from their father. The father was withholding the children because the mother works as a Licensed Practical Nurse. The mother was taking every recommended precaution. Judge Bond noted that the following factors are relevant:

Judge Bond found that the mother was doing what she could to mitigate her risk and following the recommended precautions. Therefore, she should still have parenting time.

In TC v RE, 2020 BCPC 65, Judge Bond heard another application where a father applied to reinstate and increase his parenting time. The father would not communicate with the mother about the steps he was taking to comply with the recommended health protocols until they were in court. Judge Bond noted that:

The court was “appalled” that the father had not made full disclosure about his intentions and behaviours to the mother until he had brought her to court.

Courts will not condone self-help remedies except in exceptional circumstances.Hundreds of other cases have followed the principles set out in these cases, including in my home province of Alberta. In SAS v LMS, 2020 ABQB 287, Justice Graesser of the Court of Queen’s Bench in Edmonton followed the reasoning in Ribeiro v Wright when considering a father’s application to reinstate his parenting time. The mother had cut if off because she believed he was not following the recommended precautions. The court balanced the need for the children’s safety versus the need for them to see both parents. The court also discouraged self-help remedies. Justice Graesser provided guidelines to the parents and gave them time to work out an agreement, which they were able to do.

Justice Graesser also warns parents not to look for “loopholes” in the guidelines issued by the public health authorities. In this case, the father tried to avoid physical distancing from others by invoking the concept of “cohorts”. The court wrote:

Looking for “loopholes” or exceptions is too frequently an attempt to justify an unwillingness to comply, or an attitude of dismissiveness towards the risks acknowledged by medical professionals. Courts should be slow to permit anything that puts a person or the community in an unreasonable risk.

These cases, and the many other cases issued during the COVID-19 pandemic, give us principles that we can apply at any time: