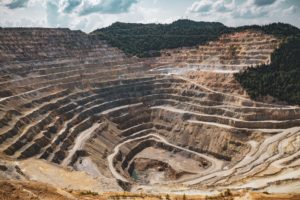 On February 28, 2020, the Supreme Court of Canada refused to strike damages claims for international human rights abuses and Canadian torts by three former workers at a Canadian majority-owned mining company in Eritrea. In the five-to-four majority decision in Nevsun Resources Ltd v Araya, the court signalled that Canadian courts are open to hear claims under Canadian law for wrongs committed outside Canada.

The ruling Eritrean regime has an abysmal track record of human rights abuses against its people. In 2018, Forbes magazine called Eritrea the “North Korea of Africa.” For example, Eritrea’s National Service Program conscripts civilians into mandatory, indefinite military service. This includes for work on public projects in the “national interest”, with subsistence wages. Nevsun’s gold, copper and zinc mining operation is one such national interest project. The Eritrean government owned a 40% stake in the mine.

Gize Yebeyo Araya, Kesete Tekle Fshazion and Mihretab Yemane Tekle were the named plaintiffs in a class action on behalf of more than 1,000 individuals compelled to work at the Nevsun-owned Bisha mine between 2008 and 2012. They claimed they had to work in dangerous conditions and suffered shocking abuses and punishments. Their employer did not allow them to leave the premises without authorization on their days off. If they did so without permission, they faced severe fines and possible retaliatory acts on their family members.

In 2014, they brought a civil suit against their Vancouver-based employer in a British Columbia court seeking damages for breaches of customary international law (the common law of the international legal system): crimes against humanity, slavery, forced imprisonment and torture. They also sued for conversion, battery, unlawful confinement, conspiracy and negligence in Canadian tort law. Nevsun is a publicly held company incorporated under British Columbia legislation. It moved to strike the claim under the act of state doctrine (which precludes domestic courts from judging acts of sovereign foreign governments) as well as on the basis that the customary international law claims had no reasonable prospect of success.

… the application of modern international human rights law, the phoenix that rose from the ashes of World War II and declared global war on human rights abuses. Its mandate was to prevent breaches of internationally accepted norms. Those norms were not meant to be theoretical aspirations or legal luxuries, but moral imperatives and legal necessities. Conduct that undermined the norms was to be identified and addressed.

A unified majority of five judges on the Supreme Court of Canada concluded that the act of state doctrine, as developed in Canadian jurisprudence, was not a bar to the claims. This doctrine has never been a part of Canadian law. The doctrine, rooted in English common law, is “a rule of domestic law which holds the national court incompetent to adjudicate upon the lawfulness of the sovereign acts of a foreign state” (para 29), granting a form of state immunity.

Rather, Canadian law focuses on the principles underlying the doctrine: conflict of laws and judicial restraint. Each of these principles has developed separately apart from the act of state doctrine. The enforcement of foreign laws is considered under regular private international law principles which generally call for deference. However, Canadian judges enjoy discretion to refuse to enforce foreign laws which are contrary to public policy and public international law.

Customary international law norms form part of Canadian common law.International law used to be about independent states but the Court declared that the proliferation of human rights law over the past seven decades has created a complex network of conventions to ensure compliance with those rights. This represents “a revolutionary shift in international law to a human‑centric conception of global order.” Accordingly, international law now also protects the lives, liberty, health and education of human beings. These norms are enforced directly against private actors such as corporations (para 108).

The Court said Canada automatically incorporates customary international law into domestic law, unless there is a conflict with existing Canadian legislation, through the doctrine of adoption without any need for legislative action (para 90). Customary international law must be treated with the same respect as any other law. Breaches by a Canadian company can be directly addressed and remedied. Since the plaintiffs’ claims are based on norms that are part of Canada’s common law, it was not “plain and obvious” that Canadian domestic common law would not recognize a direct remedy. One cannot conclude that customary international law claims have no reasonable likelihood of success. Accordingly, Nevsun did not meet the test to strike the pleadings at this preliminary stage.

Four of the judges dissented for various reasons. Two were of the view that there was no reasonable cause of action based on breaches of international law because international law (and especially this law) did not formally bind corporations. International human rights law did not explicitly bind private corporations. Only states and natural persons were expressly implicated.

The other two judges fully disagreed with the majority. They stated that the act of state doctrine applied. They also found that customary international law did not automatically merge into Canadian law. Rather, Canadian legislatures, not the judiciary, must incorporate it. Therefore, the claims in international law not only had no reasonable likelihood of success, but they were bound to fail in Canadian courts. Likewise, under forum non-conveniens, since the acts occurred in Eritrea, the courts of Eritrea – not Canada – would be the best forum to hear the matter. Overall, the dissenting judges were concerned that Canadian courts could find themselves overstepping their official judicial roles by adjudicating on such matters. This could interfere with the Canadian government’s executive branch related to foreign relations, potentially undermining Canadian diplomacy with other nations.

We can view the Nevsun precedent as a significant change in Canadian law but also another step along the road to export Canadian human rights values and law around the world.Addressing international human rights abuses requires identifying a variety of actors, including courts. The middle power of the Government of Canada, with its clamorous globalist proclivities – along with its top appellate courts – are now taking on the role of global social justice and human rights warrior. The venerable principles of judicial deference and restraint, the sovereignty of nations over activities within their territories, adoption of international law into domestic law, and the practical complications of subjecting private corporations to liability in Canada for the actions of foreign states under international and Canadian private law – these legal principles become secondary to virtue on the international stage.

We can view the Nevsun precedent as a significant change in Canadian law but also another step along the road to export Canadian human rights values and law around the world. The Supreme Court of Canada also recently let stand the British Columbia Court of Appeal decision in Garcia v Tahoe Resources Inc.  In that case, seven Guatemalan plaintiffs commenced a damages action in British Columbia against a Canadian company operating a mine in Guatemala after private security personnel allegedly injured them during a protest outside the mine. The company had argued that forum non conveniens rendered Guatemala the better trial jurisdiction given the ongoing criminal proceeding and a potential civil suit in Guatemala. The appellate court disagreed largely on the basis of corruption and injustice in Guatemala. Today, anyone can bring a case for damages in Canada for wrongful conduct anywhere in the world by a Canadian company. The onus is on corporate defendants operating overseas to prove home countries are capable of providing justice.

International law has become more difficult to ignore. Nevsun will have far-reaching consequences, including impairing the competitiveness and hollowing out of Canadian companies doing business globally. One might also wonder whether Nevsun will lead to more justice for plaintiffs ultimately. Nevsun is now a Chinese company, so the plaintiffs will now have to win and collect damages under Chinese rules.

Patrick Ma is a 2020 Masters of Management graduate of the University of Calgary.