If a rule of criminal law precludes a person from obtaining appropriate medical treatment when his or her life or health is in danger, then the state has intervened and this intervention constitutes a violation of that man’s or that woman’s security of the person …

Canada first criminalized the possession, use and trade of marijuana in the Narcotics Drug Act of 1923. It was added, almost incidentally, to the list of prohibited drugs. In the late-night session at the House of Commons on April 23, 1923, with the Narcotics Drug Act under discussion, legislators asked about additions to the list. One Member of Parliament – referring to marijuana – casually replied: “there is a new drug in the schedule.” 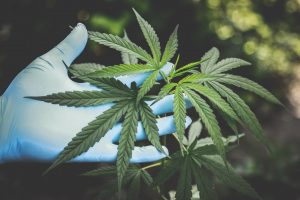 And thus was launched what would be for close to the next century the Canadian ‘War on Drugs’. Marijuana use increased in the 1960s, along with its criminalization and enforcement. The maximum penalties were seven years’ imprisonment for simple possession and life imprisonment for trafficking. From 1965 to 1975, some 300,000 marijuana possession charges were laid against predominantly young Canadians. Enforcement costs soared to $400 million annually.

The popular Reefer Madness movie added to the rhetoric around the drug’s evils and stigmatization. Meanwhile, the counter-culture espoused marijuana (known by several different terms in street slang) as a drug of choice. Opium dens and back-alley heroin gave way to the hippy happy, laid-back, open lifestyle and occasional peaceful protest.

This change of social attitude eventually supported the argument that marijuana was even a necessity of life. A decade after this shift in 2000, it was no longer career ending to admit that one had inhaled. The next shoe to drop would be complete liberalization of marijuana in 2018. Canada emerged as the first federal G7 and G20 nation – the second country ever – to legalize the cultivation and consumption of cannabis and its by-products. Canadian social policy and attitudes to the plant had come full circle after nearly a century.

This article is about R v Parker, the leading medical marijuana case that represented the first legal crack to bring down the prohibition-era wall.

Terrance Parker was epileptic. Two lobectomies in his teens failed to control his seizures. He claimed to have suffered side effects from prescription drugs, psychological trauma and depression.

Canada emerged as the first federal G7 and G20 nation – the second country ever – to legalize the cultivation and consumption of cannabis and its by-products.In the late 1960s, Parker tried marijuana recreationally. By 1974, he was a regular user who found that it reduced the frequency and intensity of his seizures. His physician eventually prescribed marijuana in conjunction with his other prescription drugs, although it was not legally available in Canada.

Parker turned to street dealers but their pot was not effective. So he grew his own illegal plants. On July 18, 1996, Ontario police entered Parker’s home and seized his 71 marijuana plants. At age 44, he was charged with possessing and cultivating marijuana under the then-Narcotic Control Act. Parker had been supplying marijuana to other epileptics. He refused to stop cultivating even after these charges. Police raided his residence again 14 months later and seized more plants. He received fresh charges under the new Controlled Drugs and Substances Act.

At trial, Parker asserted the defence of necessity. The judge agreed with him, saying (at para 28):

The seizures associated with Parker’s epilepsy constitute a serious threat to his health and safety. He has been hospitalized over 100 times due to injuries sustained from seizures. He has been robbed while unconscious and arrested as being drunk, although he does not drink alcohol.

Parker experienced fewer seizures when he consumed marijuana. The trial judge found Parker had a legal excuse for growing and using marijuana, exempted him from the law and stayed the charges. The judge even ordered the plants returned to him (silly because, if they could be located, these plants were useless by then).

The Crown appealed to the Ontario Court of Appeal. Section 7 of the Charter states “[e]veryone has the right to life, liberty and security of the person and the right not to be deprived thereof except in accordance with the principles of fundamental justice.” You may remember the Morgentaler decision from 1988. In that case, male physicians successfully argued that charges they were facing interfered with women’s “security of the person” when their access to abortions was restricted in any way. Likewise, here the Ontario Court of Appeal said (at para 80):

[I]t is open to Parker to challenge the validity of the marijuana prohibition not only on the basis that it infringes his s. 7 rights because of his particular illness, but that it also infringes the rights of others suffering other illnesses.

The Court of Appeal struck down the marijuana laws because they “force[d] Parker to choose between commission of a crime to obtain effective medical treatment and inadequate treatment” (para 107). The criminalization of marijuana infringed the security of his person. The Court declared the marijuana crimes invalid in respect of him and other medical users.

Canada first criminalized the possession, use and trade of marijuana in the Narcotics Drug Act of 1923.Instead of appealing this decision, the federal government introduced a medical marijuana regulatory scheme as regulations to the Controlled Drugs and Substances Act. The Marihuana Medical Access Regulations (MMAR) has, since 2001, permitted many people who met stipulated medical criteria to lawfully use and possess marijuana. These users were exempted from the law.

The federal government failed several times in 2003 and 2006 to decriminalize marijuana. It would not happen until 2018.

The Ontario Court of Appeal significantly over-reached in this decision. It stated at the beginning (at para 2): “it has been known for centuries that, in addition to its intoxicating or psychoactive effect, marijuana has medicinal value.” However, even up to today, marijuana’s medical benefits and dosages have never been scientifically established.

All four judges in Parker presumed to know more about medicine than Health Canada. Even if one user claims a benefit, much more rigorous scientific proof is needed to approve marijuana as a drug therapy. This has never happened.

Ultimately, this case is a triumph of human rights and ideology over science and medicine.