The federal Copyright Act establishes the legal framework for use of copyright-protected works in Canada. Under the Act, rights-holders have the exclusive right to reproduce and re-use substantial amounts of a work unless such uses fall under one of the statutory exceptions to copyright infringement. This framework attempts to provide a balance between the needs of rights-holders and users. This balance is supposed to serve the public interest.

Legislators have been aware of the need to fix Canada’s Crown copyright regime for at least 30 years.It’s easy to understand how this legal protection incentivizes the creation of new content for those with a commercial interest. However, it is unclear why economic controls are needed for government works: government information is produced using tax dollars and its creation furthers the aims of democratic governance, which includes sharing information with Canadian residents and citizens. Furthermore, other types of access and distribution controls are already available to governments under broadly-worded exemptions and exclusions in the Access to Information Act.

Our parliaments, government agencies and the judiciary simply do not need economic incentives to create government works. A government body produces press releases, reports and legislative publications to report on the work of government or further the aims of its policies and programs, not to make money off the people it governs.

What is Crown copyright?

Section 12 of the Copyright Act states that copyright belongs to Her Majesty (the Crown) when a work has been “prepared or published by or under the direction or control of Her Majesty or any government department…” The copyright term lasts “for the remainder of the calendar year of the first publication of the work and for a period of fifty years following the end of that calendar year.”  This language has remained virtually unchanged since 1921 when it was copied from the 1911 UK Copyright Act.

Section 12 gives governments the right to control the reproduction and re-use of government works in the same way that movie producers control the distribution of feature films and publishers control the copying of novels. That is, anyone sharing or re-using a substantial part of a government work without permission would be subject to a claim of copyright infringement. While a legal defense might include an exception to infringement, low levels of copyright literacy and institutional risk aversion make reliance on statutory exceptions unlikely, especially when a quick turnaround is needed (e.g., including a table in a government report in a web-based article or other publication). This puts Canadians in the absurd position of having to ask for permission to use works that they have already paid for through taxation and should already own.

Why does the legislation need to be fixed? 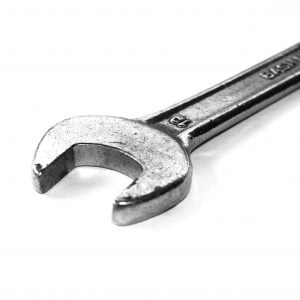 Confusion created by this copyright provision hampers the visibility and impact of government programs and services. It also prevents librarians and archivists from providing Canadians with perpetual access to government information. Unfortunately, such hampering, paired with the removal or destruction of government information, increases the democratic deficit and could be described as censorship.

The confusing nature of section 12 cannot be overstated. Even our Supreme Court justices disagreed about the criteria that should be used to determine if a work is subject to Crown copyright in the first place. As stated in a 2019 SCC decision, “Parliament is of course free to consider updating the provision in its current review as it sees fit” (para 90). Law professor Jeremy de Beer says it best: “That language, combined with the Court’s quote about this legislative monstrosity, is about as blunt as judges can be about the need for statutory reform.”

Librarians and archivists are sometimes denied permission to reproduce and redistribute government works — works that have already been made available to the public. In addition to born digital web content being missed by Library and Archives Canada and the Internet Archive’s web harvesting work (and thus lost to posterity), digitization projects have been delayed — sometimes for years — or abandoned due to confusion about Crown copyright status and the associated legal rights to reproduce and share these works.

These denials and delays add to the fear of copyright infringement associated with the re-use of government works, a phenomenon known as copyright anxiety, leading to copyright chill. That is, user fear manifests as a decision not to exercise rights that might be available to them under statutory exceptions.

During the 2019 parliamentary review of the Copyright Act, many stakeholders explained how the current Crown copyright regime hurts Canadians. Importantly, no organization or individual who raised the issue of Crown copyright during the review supported its continuation in its current form.

The review served to corroborate and validate well-known concerns about the provision. It also shed light on lesser-known issues. These include the antiquated nature of the royal prerogative that opens section 12 and the ridiculous perpetual copyright term assumed for unpublished government works. Missing from the review were statements about how the work of government employees is hampered.

In all the scenarios described, it is clear that the current Crown copyright regime decreases the visibility and impact of the work of government employees, legislators and the judiciary.

What’s being done to fix Crown copyright in Canada?

Legislators have been aware of the need to fix Canada’s Crown copyright regime for at least 30 years. Former federal Justice Minister Robert Kaplan even tabled a Private Member’s Bill asking for its abolishment in 1993. Another Private Member’s Bill with the same goal was tabled by MP Brian Masse in 2019 and again in February 2020. It’s unlikely that the Bill will pass.

Librarians and archivists are sometimes denied permission to reproduce and redistribute government works — works that have already been made available to the public.Legislative change is rarely fast or easy, especially when it addresses powers held by Canadian governments. The final report of the 2019 Copyright Act review accurately summarized stakeholders input but, curiously, failed to provide a recommendation consistent with the same submissions. Instead, parliament recommended that an existing (and problematic) system of open licensing be continued and expanded … but only for content “in the public interest and for the purpose of public use, education, research, or information.” Much like the exemptions and exceptions in the Access to Information Act, this language is open to interpretation by the party in power and their appointees within the current government.

New governments often have an interest in creating a “clean slate” when they take office or want to remove content that casts doubt on their efficacy. Obviously then, policy that serves the public interest can only come from legislative reform, which is much more difficult to change by the governing party. Open licensing will only work if it’s legislated by default and uses an established, recognized open licence (e.g., Creative Commons public domain, CCO or attribution, CC BY).

Both the Conservative Party of Canada and the New Democratic Party used a post-appendix section of the same parliamentary report to state their support of abolishing Crown copyright outright.

At the time of writing, the Liberal minority federal government had not yet tabled legislative amendments pertaining to the Copyright Act review of 2019. It had, however, noted such changes in the ministerial letters to both the departments of Canadian Heritage and Innovation, Science, and Economic Development Canada.

In November 2019, representatives from both the library and archival communities began meeting regularly with government employees in these and other federal agencies. We are hopeful that these conversations will include more stakeholders and help inform legislative change that better serves the public interest. While copyright legislation is a mandated mediating factor between creators and users, it is not doing its job when it prevents citizens in a democratic country from sharing the output of its government.

Amanda Wakaruk, MLIS, MES, worked as an academic government information librarian for almost twenty years before becoming the University of Alberta's Copyright Librarian in 2015. To learn more about her work, go to amandawakaruk.ca. The views expressed do not necessarily reflect those of the University.