A Website of The Centre for Public Legal Education Alberta
You are here: Home / Feature Articles / 43-2: Legal Weed / Going to Pot: An update on employers and marijuana issues in the workplace
Reading Time: 5 minutes 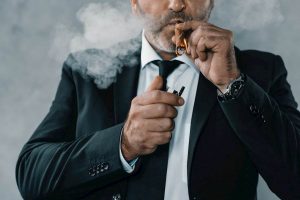 October 17th was the date chosen by the federal government to make a profound change for Canadian society. Possession of cannabis became legal. In this article, we offer some answers to questions that many employers are probably thinking about.

…it is clear that individual border agents could easily choose to refuse entry to the U.S. to anyone who is a user of cannabis products or who refuses to answer questions about their cannabis use.No. Cannabis includes many chemicals. THC is the troubling one because it has an impairing effect and that effect continues even after a period of abstinence. CBD is another chemical in cannabis and there are some products which contain high concentrations of CBD and virtually no THC. There is some evidence to support medical benefits from the use of CBD products. It seems to be accepted by medical authorities that CBD is not impairing. Many  physician authorizations have been for the use of CBD products with negligible amounts of THC.

Not yet. The Canadian Medical Association is in favour of bringing it to an end but some physicians want to preserve the authorization scheme. There are no plans to end it just yet.

It may be an invasion of privacy to compel employees to answer questions about their cannabis use unless there is a reason to know. There is probably a reason to know if they are employed in a safety sensitive position but employees in other positions are probably entitled to refuse to answer.

Employers must still prove a significant problem with drugs in the workplace before implementing random drug testing on a worksite.In general, an employer can hire whom they want to unless it will mean breaking a specific law. The most relevant law here is the Alberta Human Rights Act which prohibits discrimination on the basis of disability. Addiction to cannabis products would be a disability. Casual use is not. Some individuals might also have a specific physical or mental disability of some kind where their physician recommends and authorizes a cannabis product for treatment purposes. If the individual fits one of these two categories, then the law might prevent you from refusing to hire them. You would have to show that it would be undue hardship for you to take the risk. There is a human rights duty to accommodate any disability to the point of undue hardship.

No. Governments have been urged to help with worksite safety instead of only focusing on road safety but nothing has been done yet to legislatively permit testing, require disclosure, or to set per se limits that will be of any use to employers.

It is not true in all cases that use of cannabis products is incompatible with working in a safety sensitive position. No.

No, there is no sign of that yet. Employers must still prove a significant problem with drugs in the workplace before implementing random drug testing on a worksite.

It depends. An expert will have to evaluate whether the use is compatible with safety sensitive work or not.

Yes, you have a responsibility, in those circumstances, under the Occupational Health and Safety Act to avoid the danger to themselves and others that their cannabis use may pose. If you have a legitimate and reasonable concern you are entitled to hold someone off work to evaluate their fitness to work.

Unless a collective agreement or other employment contract says that someone is entitled to pay, workers are usually not entitled to be paid when they are not working.

It is doubtful that an employer could avoid occupational health and safety liability in all cases where they simply trusted that the worker would only smoke or ingest when they said so. In some cases, some unscheduled testing would probably be expected to test the veracity of the employee’s promised ingestion schedule. Experts would be able to determine what schedule would be safe, if any.

It is doubtful that an employer could avoid occupational health and safety liability in all cases where they simply trusted that the worker would only smoke or ingest when they said so.

Yes, there is. One United States border official was widely quoted in the media as saying that he expects that at least some users and even people working for cannabis businesses could receive lifetime bans from entry to the U.S.   It is clear that individual border agents could easily choose to refuse entry to the U.S. to anyone who is a user of cannabis products or who refuses to answer questions about their cannabis use. Cannabis may be legal under the state laws in some states but it continues to be illegal under federal law in the United States and federal law governs the border. That puts Canadian pot users in a tough spot because lying to a border agent is also a serious offence.

Legalization does not mean that citizens can ingest or smoke everywhere. This is regulated by provincial law and by municipality bylaws and, on private property, it is controlled by the entity with legal control over the property. Municipal bylaws vary from place to place but, in general, smoking and vaping are often restricted like smoking tobacco. Private landowners can generally control what is allowed on their property although some human rights issues might sometimes arise.

This is such a significant change that it will often require changes to your policies and it also probably requires a clear communication of expectations so employees understand what they can and cannot do. For example, will you be allowing any cannabis products in the workplace? Will you be allowing vaping or smoking on the premises and environs? Are you going to require employees in safety sensitive position to disclose if they are using cannabis products? It is better to be clear in advance of legalization.

Hugh McPhail is a lawyer with McLennan Ross LLP in their Edmonton Office.