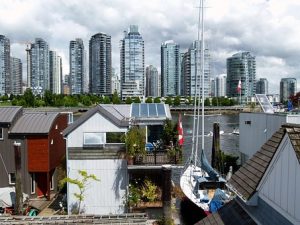 These days, you’re bound to come across the issue of housing affordability in Canada, especially in Vancouver or Toronto. You have probably also heard about how housing affordability is especially difficult for Canadian millennials. Millennials, which are younger adults between the ages of 20 to 34, make up approximately 20% of the Canadian population. According to Statistics Canada’s net migration data, there has been an upward trend in millennials flocking to Vancouver and Toronto.

In addition to the property taxation changes, both Ontario and B.C. have implemented legislative changes to their residential tenancy laws, in efforts to protect renters and temper affordability issues in the rental market.However, living in Vancouver and Toronto comes at a steep price. If you are living in Vancouver or Toronto, chances are that most of your paycheck is being used to cover your mortgage or rent. As my fellow millennial friends living in these two cities can attest “we are house poor.” Where do we start when talking about this nebulous concept of being “house poor” or more appropriately, “housing affordability”?

For the average millennial and non-millennial household, there’s not much left over, if at all, at the end of the month for other potential money pits in adulthood like everyday expenses, taxes, insurance, emergencies, children and retirement. In fact, you likely have no choice but to focus on servicing your mortgage for your entire life.  Now how about another fun thought experiment: imagine what those monthly payments will be with more interest rate hikes!

The speculation tax will apply to B.C.’s largest urban centres, which include the Greater Vancouver Area, Victoria, Nanaimo and Kelowna. The picture is also not so rosy for renters in either of these cities. Vancouver and Toronto are the most expensive Canadian cities to rent in, with the average two bedroom rental going for $1,552 in Vancouver and $1,392 in Toronto according to CMHC’s rental market reports. Average monthly rent for two bedrooms in the most desirable and/or central neighborhoods in both cities often exceed $2,000. High prices in home ownership and lack of rental supply have not only kept vacancy rates low at 1%, but have also helped drive rental prices upwards in both cities.

Responding to housing affordability issues: not just a millennial issue

It’s no surprise that industry reports have declared the Vancouver and Toronto housing markets as reaching crises levels for millennials and non-millennials alike. In the past decade, various factors have been blamed for housing affordability issues in these two cities – ranging from population growth, low housing supply, foreign buyers, real estate speculation, low interest rates, tax loopholes and evasion, and stagnant wage growth to lack of effective government policy.

In 2016, the B.C. government under the B.C. Liberal Party implemented a 15% property transfer tax for foreign nationals buying real estate in the province and a luxury tax on homes selling for over $2 million dollars. Housing affordability was a top concern in B.C.’s last provincial election in 2017, where the New Democratic Party (NDP) came to power.

The B.C. government under the NDP has since released its 30-Point Plan for Housing Affordability (the “B.C. Budget”) in February 2018. The B.C. Budget identified an immediate government priority to stabilize housing demand by introducing a new speculation tax, increasing and expanding the existing foreign buyer’s tax and closing legal loopholes used by property speculators.

As part of the B.C. Budget, the provincial government released details in March 2018 about a proposed speculation tax on residential property (the “speculation tax”). Legislation implementing the speculation tax is expected in the fall of 2018.

The speculation tax will apply to B.C.’s largest urban centres, which include the Greater Vancouver Area, Victoria, Nanaimo and Kelowna. The speculation tax is meant to target non-B.C. owners of residential property who leave their properties vacant.

There are also exemptions from the speculation tax. For example, British Columbians will be exempt if their property is their primary residence or is rented out as a qualifying long-term rental. People who report income in B.C. with a vacant second home will also be eligible for non-refundable tax credits of up to $2,000 for one property. There are also  additional  exemptions for special circumstances such as when an owner is:

Other than introducing a speculation tax, the B.C. government introduced the following property tax changes in the B.C. Budget:

To illustrate the effects of these tax changes, a foreign buyer purchasing a home valued at $3.5 million in Vancouver would have to pay at least an estimated $793,000 in taxes:

The above example does not include the 0.2% school tax (which applies to homes with a value that is greater than $3 million but under $4 million) or the proposed 2% speculation tax which would apply if the foreign buyer is considered a “foreign investor” or is part of a “satellite family.”

It’s no surprise that industry reports have declared the Vancouver and Toronto housing markets as reaching crises levels for millennials and non-millennials alike.In June 2018, the B.C. Ministry of Finance released draft legislation, the Land Owner Transparency Act (LOTA), which will require reporting of beneficial ownership of land in BC. This means that corporations, trusts and partnerships will have to disclose the names of individuals who hold beneficial interests in land directly, or through corporations or partnerships.

The proposed law is part of the government’s efforts to establish a public registry, with the intention to help end hidden ownership of real estate, as well as prevent tax evasion, fraud and money laundering.

In the meantime, the B.C. government has recently enacted the Information Collection Regulation (effective September 17, 2018) as part of its mandate to increase transparency in property purchases. The Regulation requires corporations and trustees acquiring property in B.C. to identify all individuals with a significant interest on their property transfer tax returns.

Under the bylaw, a residential property is considered vacant if it has been unoccupied for more than 180 days during the tax year. When EHT applies to a property, owners are required to pay 1% of the property’s assessed taxable value. There are certain exemptions from the EHT, for example, if an owner of the property is deceased or the property is undergoing redevelopment or major renovations.

In April 2017, the Government of Ontario under the Liberal government released the Fair Housing Plan, which included actions such as protecting renters through expanding rent control and implementing Land Transfer Tax refunds for first time home buyers.

When it comes to housing affordability, the CMHC recommends that total monthly housing costs should be no more than 32% of gross household income. The cornerstone of the plan was the introduction of a Non-Resident Speculation Tax (NRST). The NRST requires “foreign entities” to pay a 15% tax when purchasing residential property. “Foreign entities” are defined as foreign corporations or foreign nationals. For example, a foreign national is a person who is not a Canadian citizen or permanent resident of Canada.

Similar to B.C.’s foreign buyers tax, the NRST applies to all transfers of residential real estate located in certain geographic areas. In the case of Ontario, the tax would apply to residential property transfers in the “Greater Golden Horseshoe”, which includes highly populated areas such as the Greater Toronto Area and its surrounding areas such as Kawartha Lakes (which apparently is known to Ontarians as “cottage country”).

Rent control in B.C. and Ontario

In addition to the property taxation changes, both Ontario and B.C. have implemented legislative changes to their residential tenancy laws, in efforts to protect renters and temper affordability issues in the rental market. For example, both B.C. and Ontario have rent controls in place that set the maximum amount that landlords can increase rent –in 2019, the allowable increase is 4.5% in B.C. and 1.8% in Ontario.

Recent developments will keep housing affordability issues at the public forefront in the coming years. In Ontario, housing affordability was a top electoral concern when the former provincial Liberal government was in power and continues to be a top concern among Ontarians under the newly elected Progressive Conservative government. However, the Progressive Conservative government in Ontario has expressed their openness to dropping the NRST tax and letting the market regulate itself. It remains unknown whether this was campaign rhetoric, or will turn into something more.

In the meantime, B.C.’s foreign buyers’ tax is currently being challenged by Jing Li, a lead plaintiff in a civil class action claim against the B.C. government. While a summary trial is currently underway, some legal experts are expecting that the case will likely make its way up to the Supreme Court of Canada.

Millennials, which are younger adults between the ages of 20 to 34, make up approximately 20% of the Canadian population. Since the implementation of the foreign buyers’ tax and other property tax changes in B.C., the sales of single family homes, especially in the high end of the market, has slowed down in Vancouver. Similarly, the sales of real estate in the Greater Toronto Area have decreased since the NRST was implemented in Ontario. The average price of a single detached home in Vancouver has decreased by about 7% from a high of $1.6137 million dollars in September 2017. Likewise, the average price of a home in Toronto has decreased by about 11% from a high of $972,500 in May 2017. However, overall housing prices continue to remain high in Vancouver and Toronto.

Many questions remain about the effect of the various property taxes. For example, will the taxes necessarily stop foreign buyers and other non-resident buyers (such as out of province buyers) from purchasing in Vancouver and Toronto? Are the drops in home prices a result of local homebuyers refraining from buying and selling? Have other factors, such as tighter mortgage lending rules and increased interest rates, contributed to the recent drops in home prices? How will the various property taxes affect other housing markets in Canada – for example, will buyers move their money elsewhere and drive up housing prices in other cities?

Despite the implementation of rent control measures in B.C. and Ontario, some real estate industry experts and commentators are questioning whether such rent control is effective in curbing soaring rents in cities such as Vancouver and Toronto. Changes in taxation and rent control are important pieces of the housing affordability housing puzzle but other issues still need to be addressed, for example, the lack of affordable housing supply and transparency in real estate transactions. As legal and industry experts have pointed out, it is still too soon to come to a conclusion on whether such measures are effective in cooling the market to an affordable level.