A Website of The Centre for Public Legal Education Alberta
You are here: Home / Feature Articles / 44-3: 20/20 / HUMAN RIGHTS | Access to Justice Given a Boost by Downtown Eastside Sex Workers Case
Reading Time: 6 minutes

In Downtown Eastside Sex Workers United Against Violence Society v Canada (Attorney General), 2012 SCC 45 (DESW), the Supreme Court of Canada (SCC) adapted the rule on public interest standing. This resulted in the potential for better access to justice, especially for vulnerable peoples who may not otherwise have heard their issues addressed by a court. 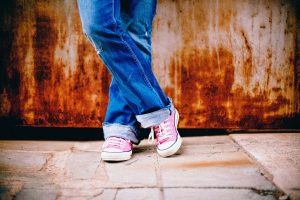 “Standing” means that, in order to participate in a lawsuit (stand before the court and advocate for their position), a person must have a sufficient interest in the issues brought forward.

The Canadian civil litigation system is premised on the norm of “private standing” or “standing as of right”. This means that individual litigants will come to court raising grievances personal to them (for example, they were injured in a car accident and are suing for damages).

Private standing has traditionally been viewed as the best way to operate our court system because:

The third requirement was restrictive and often prevented groups from being granted public interest standing. For example, in Canadian Bar Association (CBA) v British Columbia, 2008 BCCA 92, the CBA challenged government cuts to the legal aid system in British Columbia. The British Columbia Supreme Court held that the CBA lacked standing to bring the claim in part because lawyers would gain by the potential rise in legal fees paid to them with an increase in legal aid fees, and there were other reasonable and effective ways to bring the matter before the court (e.g., a class action lawsuit). The British Columbia Court of Appeal upheld the decision on other grounds.

The test changed again in 2012 when the DESW decision relaxed this third requirement. The Court’s reformulation has significantly reduced the onus on prospective public interest litigants. The case is also important because it was the first time the SCC characterized public interest standing as an access to justice issue. Marginalized groups often lack resources to advance Charter litigation. Public interest standing is a way for these groups to effectively participate in adjudication of important social issues.

The DESW is an organization whose objectives included improving working conditions for female sex workers. The DESW and an individual who worked with sex workers (together) sought a declaration that sections 210 to 213 of the Criminal Code, which dealt with prostitution matters, violated several Charter rights. Because the Criminal Code provisions did not directly impact the DESW and the individual, they requested public interest standing.

The Canadian civil litigation system is premised on the norm of “private standing” or “standing as of right”.The DESW case raised the issue of whether the court should treat the three factors set out in Canadian Council of Churches as a rigid checklist or as simply considerations to take into account when exercising judicial discretion with respect to granting standing.

The trial court held that the DESW and the individual did not meet the test for public interest standing. One of the trial court’s reasons, relating to the third factor of the test, was that sex workers themselves could commence a claim. The DESW argued that sex workers in the area were not willing to bring forward a comprehensive challenge because they feared loss of privacy and safety, and increased violence by clients, among other concerns. The British Columbia Court of Appeal overturned the trial court’s decision. Canada appealed the decision to the SCC.

The SCC affirmed the first two factors of the test set out in Canadian Council of Churches. The first factor (justiciability) is important because the court must possess the ability to provide a legal resolution to the dispute. This ability relates to the constitutional relationship of the court to the other branches of government and to the concern about the allocation of “scarce judicial resources”. Courts exercising their discretion to grant standing must stay within the bounds of their proper constitutional role and should analyze whether the Statement of Claim reveals at least one serious constitutional issue. The second factor is concerned with whether “the plaintiff has a real stake in the proceedings or is engaged with the issues they raise” (para 43). The Court confirmed that the issue at hand in DESW satisfied these two factors.

Turning to the third factor, the SCC noted that courts often express it as a strict requirement – there is “no other reasonable and effective manner in which the matter may be brought before the court”. The Court listed several considerations that assist with interpreting the third factor in a manner that “reflects the flexible, discretionary and purposive approach to public interest standing that underpins all of the Court’s decisions in this area”:

DESW constitutes a significant step forward in increasing access to Charter litigation.The SCC noted that courts should apply the third factor in “light of the need to ensure full and complete adversarial presentation and to conserve judicial resources.” The court should have the benefit of hearing:

The SCC also provided an illustrative list of examples of matters that courts could find useful when assessing the third discretionary factor. These include:

The SCC concluded that the third factor should be expressed as “whether the proposed suit is, in all the circumstances, a reasonable and effective means of bringing the matter before the court” (para 52).

The SCC concluded that all three factors favoured the Court exercising its discretion to grant public interest standing to the DESW and the individual.

The relaxation of the third factor is a welcome change to those public interest groups who have previously encountered difficulties in obtaining standing.

“Standing” means that … a person must have a sufficient interest in the issues brought forward.There are many examples of the impact of DESW on public interest standing and access to justice. One example is Manitoba Métis Federation Inc v Canada (Attorney General), 2013 SCC 14 (MMF). In that case the trial judge denied standing to MMF (based on the Canadian Council of Churches decision). The Manitoba Court of Appeal upheld the trial court’s decision but a majority of the SCC overturned that decision in light of the outcome in DESW. The SCC granted MMF public interest standing. The action advanced was a collective claim for a declaration intended to reconcile the claims of the descendants of the Métis people of the Red River Valley and Canada. Accordingly, it merited allowing the body representing the collective Métis interest to come before the court.

DESW constitutes a significant step forward in increasing access to Charter litigation. It recognizes that public interest litigants are crucial to realizing the Charter’s democratic potential because they can address the systemic impacts of the law on the most vulnerable people in a way that isn’t possible in individual litigation. The decision paves the way for systemic issue Charter challenges in the future and validates the importance of public interest litigation.