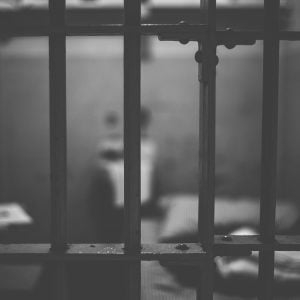 Mahatma Ghandi once said: “A nation’s greatness is measured by how it treats its weakest members.” Canada has used solitary confinement for prisoners for decades. In the past several years, solitary confinement has been the subject of criticism from civil libertarians and mental health advocates.

Usually, solitary confinement involves isolating inmates in a small cell without human contact for 22 hours per day. Often called “administrative segregation”, solitary confinement has been the subject of increased scrutiny because of suicides and mental health issues suffered by prisoners who may be held for years in isolation. In A Sourcebook on Solitary Confinement, Dr. Sharon Shalev (2008), a leading international authority on solitary confinement, states that between one-third and 90% of prisoners experience some negative impacts of long-term solitary confinement. The symptoms may include insomnia, confusion, feelings of hopelessness and despair, distorted perceptions and hallucinations.

There are also international guidelines called the UN Standard Minimum Rules for the Treatment of Prisoners (also called the Nelson Mandela Rules). Rules 43 to 45:

While not legally binding, Canadian courts will turn to these rules for guidance.

In British Columbia Civil Liberties Association v Canada (Attorney General), 2019 BCCA 228, the B.C. Court of Appeal considered whether solitary confinement violates a person’s s. 7 Charter right to life, liberty and security of the person, and the right not to be deprived thereof except in accordance with the principles of fundamental justice. The Court confirmed that the 1992 CCRA provisions authorizing indefinite and prolonged solitary confinement, and internal rather than external review of decisions to segregate inmates in solitary confinement, violated these rights. The Court suspended the declaration of invalidity for one year.

For over 20 years, the Correctional Investigator has criticized the overuse of solitary confinement in Canada.In Canadian Civil Liberties Association v Canada (Attorney General), 2019 ONCA 243, the Ontario Court of Appeal provided, among others, that the CCRA provisions permitting administrative segregation for over 15 consecutive days violated a person’s s. 12 Charter right to freedom from cruel and unusual punishment. The Court found the violation could not be saved by s. 1 of the Charter (reasonable and justifiable violations).

Sections 31 to 37 of the CCRA were amended in November 2019. The practice of administrative segregation is now called “Structured Intervention”. The Canadian Civil Liberties Association notes:

These [structured Intervention] units continue to house inmates in situations of extreme isolation, however inmates are now supposed to be provided four hours daily out of cell and (or including) two hours daily of meaningful human contact, subject to certain exceptions and exclusions. In addition, after hearing from CCLA and others, the law now includes a system of independent decision-makers to review decisions concerning keeping inmates in the SIUs, to consider their conditions, and to review the situation of people with mental health issues in the SIUs. The new law also addresses certain mental health supports and supports for Indigenous inmates.

Many inmates return to society eventually. It is in all of our interests to ensure they do not suffer irreversible harms while in indefinite solitary confinement.