You are here: Home / Special Report / 41-1: The Law and Media / Journalists Feel the Chill in a Changing Media World
Reading Time: 5 minutes 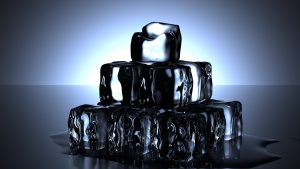 Journalism students who are mulling over important questions such as “Where will I find a job?” and “Will I be able to cover the legal beat?” as they face a potentially shrinking job market, may have more than just job prospects to worry about.

The essential approach for journalists is the common sense one that uses good reporting habits as a baseline.  What does this mean for up-and-coming journalists? With big business running the media and advertising dollars become more sought-after, there may be less media management support for uncovering big stories that could bring reporters into a situation where they might be threatened with libel. The result? A controversial, high-profile, contentious story may never see the light of day because of libel chill.

Defined as the reluctance to publish or broadcast stories for fear of a defamation lawsuit, libel chill may make journalists think twice about running stories that may be critical of big business or overly-influential politicking, or which may shed light on, for instance, under-the-table payouts or backroom deals between politicians and developers.

Taking up the fight are organizations like the Canadian Association of Journalists, which has been pressing the Supreme Court to reject expanding libel laws that may impact the freedom of public interest journalism, and Canadian Journalists for Free Expression (CJFE), founded in 1981 to protect journalists’ rights to free expression.

CJFE Executive Director Tom Henheffer said in an email interview that libel chill has intensified because “newsrooms have fewer and fewer resources, meaning they have less money for lawyers and as such are less likely to run a story if it could result in a potential lawsuit. (And) because of the lack of resources, there are fewer staff jobs, meaning more work is done by freelancers who aren’t covered by an outlet’s libel insurance (and can’t afford it on their own).”

A number of years ago, the Grant v Torstar case resulted in the 2009 creation of the responsible journalism defence, giving journalists more latitude regarding the reporting of facts in the public interest.

The result is that freelancers may hold off on pitching a story that might cause them financial problems. A recent exception involved Georgia Straight freelancer Laura Robinson, who wrote of allegations of residential school abuse involving a former Vancouver Olympics official and was subsequently sued for defamation. The action led to a highly publicized court battle pitching a citizen’s public credibility against the freedom of the press and public interest. It was a case that Robinson ultimately lost.

Additionally, “there is no national law protecting journalists (or anyone else) from deep-pocketed businesses and individuals launching frivolous lawsuits,” said Henheffer. These petty lawsuits are called SLAPP suits (for strategic lawsuit against public participation), and they’re used to intimidate defendants with the prospect of a potentially bankrupting defence. Ontario has anti-SLAPP legislation (CJFE, along with Greenpeace and the Canadian Civil Liberties Association, pushed the government for changes) as well as Quebec, and activists are lobbying New Brunswick for protections. In the U.S., almost every state has anti-SLAPP laws, said Henheffer.

Libel chill affects journalists because “it makes them less likely to aggressively pursue investigative pieces that are crucial to the public interest,” said Henheffer. “And when they do get the story, it makes publishers less likely to send them to the presses. It means a lot of stories, the most important, controversial ones, aren’t being told.”

According to University of Calgary law professor Emily Laidlaw, “Canada and the U.K. have taken steps to broaden the protections offered to journalists to combat libel chill, but whether they are working or not is yet to be determined.”

A number of years ago, the Grant v Torstar case resulted in the 2009 creation of the responsible journalism defence, giving journalists more latitude regarding the reporting of facts in the public interest.

“The problem with that test is that it is supposed to be a non-exhaustive list of factors for the court to consider (i.e. did they check their sources, seek a response from the individual, the focus of the article and so on),” Laidlaw said via email. “But it is not always applied that way, and so the responsible journalism test ends up being an incredibly high bar to meet for journalists. It can certainly dissuade important investigatory pieces from being published.”

Added to this is the concentration of media ownership. It “means fewer voices, it means outlets are more likely to kowtow to advertisers, it means publishers are more likely to hire editors (who are more likely to hire journalists) who share their political point of view,” said Henheffer. “Real editorial interference is rare, but when it happens, it happens on the most important stories that will have the biggest impact on public life. It also means less innovation, which leads to the kind of crisis we have in Canadian media now. That leads to shrinking coffers and fewer jobs, which makes the threat of a lawsuit over libel all the more dangerous and all the more chilling.”

If they don’t already have anti-SLAPP legislation in their communities, journalists need to push for it, said Henheffer. “This is a crucial piece of legislation and it’s crazy we don’t have national protection, it can save an individual hundreds of thousands of dollars in court costs fighting completely frivolous lawsuits.” And libel insurance, while prohibitively expensive for freelancers, is essential for media outlets.

These petty lawsuits are called SLAPP suits (for strategic lawsuit against public participation), and they’re used to intimidate defendants with the prospect of a potentially bankrupting defence. The essential approach for journalists is the common sense one that uses good reporting habits as a baseline.  “They must cross all their t’s and dot all their i’s, get both sides of the story, find corroborating evidence, give each side enough time to respond,” said Henheffer. “And when negotiating a contract with a publisher, ensure you’re covered by their libel insurance.”

Laidlaw takes a similar position in putting the onus on journalists to maintain a commitment to rigorous standards, including ensuring “the reliability of the sources the journalist uses and accurately reporting the plaintiff’s side of the story. I think the Charter (of Rights and Freedoms) is only helpful in having broad discussions of freedom of speech and reputation, but on the ground, it doesn’t provide the kind of specific guidance that can help a journalist navigate whether an article is ready to be published. It’s all well and good to say a journalist has rights to free speech, but we need a different kind of discussion, namely, what it means to be a journalist and what responsibility means in this context, and this specificity is better served through discussion of defamation law and reform.”

Laidlaw cites the U.K. as a place where major legal change for the media took place because of concerns over libel chill, and those changes “include a new serious harm threshold for something to be defamatory and a new public interest defence. We are in desperate need for defamation reform in Canada, and I am involved in a project with the Law Commission of Ontario, which is examining this area in the Internet context.”

John Cooper, EdD, is an educator and researcher who has taught journalism and corporate communications at Durham College and Centennial College.