A Website of The Centre for Public Legal Education Alberta
You are here: Home / Feature Articles / 36-6: Corporate Social Responsibility / Lessons Learned from the British Petroleum Disaster 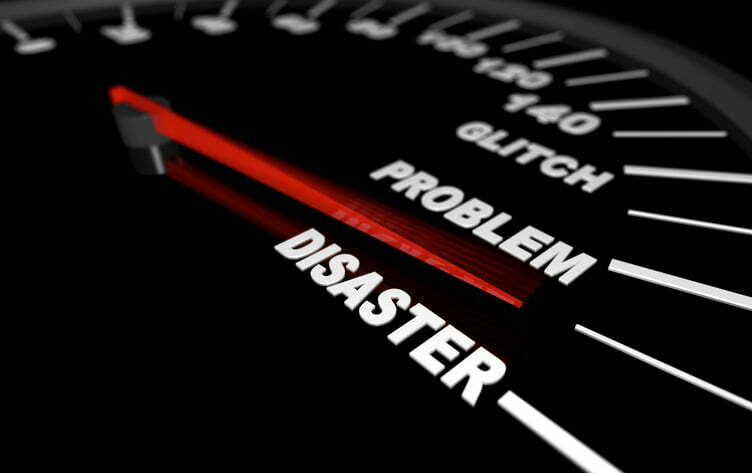 During the summer of 2010 the world was absorbed in live footage of the Macondo oil prospect bleeding 4.9 million barrels of oil into the surrounding ocean. Many months of helplessness followed the explosion of the Deepwater Horizon platform; an oil rig owned by Transocean but ultimately under the control of British Petroleum (BP). The explosion instantly killed eleven men and injured seventeen others. It was the largest marine oil spill in the history of the petroleum industry. The spill crippled commercial and residential interests alike along the Gulf coast and imprinted a permanent scar on the Gulf ecosystem.

After completing an internal investigation BP admitted partial liability. As of 2011, BP has paid nearly $5 billion to almost 200,000 claimants with litigation ongoing. The U.S. Attorney General continues to investigate which has resulted in at least one charge of obstruction of justice against a former BP engineer in April 2012.

More recently at one of Canada’s largest engineering companies, the CEO of SNC-Lavalin resigned after an internal investigation revealed that irregular payments amounting to $56 million were approved by his company to an undisclosed foreign agent. The incident has resulted in a high-profile arrest of SNC-Lavalin’s former vice-president. Further, Walmart has recently been implicated in allegedly giving bribes worth $24 million to Mexican officials.

In the same way that SNC-Lavalin and Walmart are under fire today for apparent lapses in corporate ethics and controls, I suggest that the genesis of the Deepwater Horizon disaster is connected to a long-standing cavalier approach inside BP towards safety, ethics and good governance. This article highlights the importance of incorporating ethical, social and environmental safeguards into corporate governance structures based on the lessons learned from BP.

Prior to the Deepwater Horizon tragedy, BP’s safety, ethics and environmental record was abysmal. In 2005, an explosion at its Texas City Refinery killed 15 workers and injured 170 more. This resulted in a massive fine from the Occupational Health and Safety Board, which was subsequently increased because BP had failed to implement necessary improvements in the wake of the disaster.

Further, in 2006 the company was responsible for the largest recorded oil spill on Alaska’s North Slope due to rotten pipelines. In 2007 BP paid out over $373 million in connection with these incidents. According to its own documents, a common theme was a failure of company officials to follow BP’s own procedures and an unwillingness to “stop work when something went wrong.”1 In 2008 the Oil Platform Atlantis, also located in the Gulf of Mexico, was significantly ruptured due to human error. What was going wrong at BP?

BP’s history dates back well over a hundred years. BP was the first major oil company to brand itself a socially responsible enterprise and purported to take the initiative of ethics and corporate social responsibility (CSR) seriously. BP spent over $200 million dollars cultivating an advertising campaign that promoted CSR. The theme was “Beyond Petroleum.” In the late 1990s, then-CEO Lord John Brown was one of the first company executives to acknowledge the existence of climate change. At the same time, the cracks in BP were beginning to emerge.

In 1998 BP merged (technically a takeover) with Amoco in the world’s largest industrial merger. Since that time, BP continued to reduce necessary operational spending on deteriorating Amoco equipment. As previously described, BP had a history of safety and environmental breaches. The majority of these incidents involved assets acquired in the Amoco merger.

The strategic acquisition of Amoco was led by Lord Browne. He admits that BP failed to integrate Amoco’s assets into BP’s operation or appreciate the aged condition of these properties. In Lord Browne’s autobiography he suggests that had BP properly integrated the Texas City refinery and its workforce into BP culture, “it might have changed everything.”2

Additionally, over the course of the past decade, BP developed an insidious corporate culture which grew too fast, got too rich and didn’t ask the right questions on ethics, safety or the environment. BP’s corporate culture encouraged profit and bold acquisitions without taking adequate responsibility. It ignored the substandard condition of the Amoco assets and therefore failed to appreciate the operational cost that would be required towards upkeep and maintenance. This became a safety and environmental nightmare, which eventually translated into economic loss.

Despite it all, the financial bottom line was always of primary concern at BP. The Alaska pipeline spill and Texas City explosion are two such examples of this corporate myopia. Further, BP had a firm commitment to a fixed dividend policy where shareholders saw handsome returns on their investments on a quarterly basis without exception. The primary concern for corporate officers and directors of BP was paying out regularly, and paying out big. This fixation on dividends meant ethical and CSR issues took a back seat to the exclusive goal of short-term profit.

From a legal perspective, advisors must understand the importance of achieving above compliance results and managing ethical, environmental and safety liabilities from a holistic risk management perspective. Ethics, safety and the environment are the new albatrosses for the corporate sector. Therefore, advisors must ensure corporate clients are devoting adequate resources to monitoring these risks.

What is exposed through BP’s conduct is the vast difference between ‘green washing’ and actual governance over ethical and CSR matters. For instance, BP did not adequately attend to the environmental and safety risks of its North America Amoco properties despite a keen marketing campaign that promoted CSR. In actuality, BP’s culture was obsessed with profit and ultimately headed for imminent peril. Companies that simply embrace CSR from a marketing standpoint but fail to increase the amount of corporate energy and manpower that is dedicated to CSR will go the same way as BP. Purporting to promote CSR when a company does not adopt such practices is a clear ethical failure.

Today, corporate directors have legal obligations beyond increasing profits for shareholders in the U.K. and Canada. The fiduciary duties of directors in the U.K. require them to “promote the success of the company for the benefit of its members as a whole” by taking into account the long-term considerations of employees, suppliers, customers, the community and the environment, among others.3 Presently in Canada, the Canada Business Corporations Act and recent case law is consistent with the U.K. equivalent. The fiduciary duties of directors are owed to the corporation itself. This includes shareholders, employees, creditors, consumers, governments and the environment.4 This has been evolving most notably with the Supreme Court’s decisions in Peoples (2004) and BCE (2008).

Finally, one should consider the role of a legal advisor to a corporation and what that solemn responsibility entails. In 1929 the Chairman of General Electric Co. said, ” If there is one thing a lawyer is taught it is knowledge of trusteeship and the sacredness of that position.”5

CSR and ethics is about trust. It is primarily about acknowledging that corporations must serve and understand the interests of several corporate stakeholders. Lawyers should see themselves as protectors of the companies’ trust with the community and society at large. This is a sacred role for the profession beyond compliance or risk management. Lawyers must vigorously guard against, and remain outside the corporate apparatus that is, rightly so, concerned with profit. Nothing is wrong with desiring a client to be financially successful, but a lawyer has a deeper role of credibility that must be undertaken in a sober fashion.

It is not appropriate for lawyers to simply assure their client meets the baseline requirements of the law; they should provide ethical analysis and perceptive advice on corporate risk and the dangers a corporation may encounter. This includes valuing human lives, safety and needless environmental damage above corporate profit.

Jeff Bone is an adjunct professor at the University of Alberta, School of Business in Edmonton, Alberta and focuses on corporate compliance and ethics as an in-house counsel with a North American energy company.