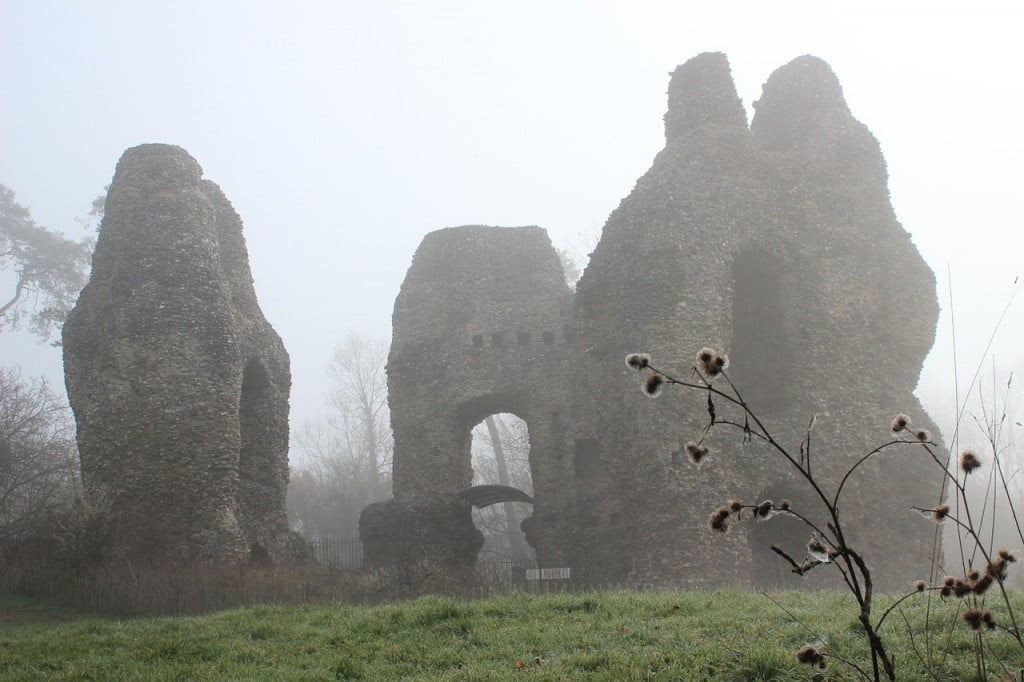 It has been 800 years since King John stayed at Odiham Castle on his way to sealing the Magna Carta at Runnymede.

In a world that increasingly asks our students to tweet, post, snapchat, google, and otherwise digitize their educational experiences, Magna Carta Canada has done the extraordinary by bringing to Canada a document that provides a direct link to eight centuries of legal history, including humanity’s struggle for universal rights. In a century that has become increasingly intangible in its struggle to become virtual, nothing can replace the experience a student will have when they come face to face with the faded parchment and King Edward’s ancient royal seal of Durham Cathedral’s Magna Carta. As an educator that brought nearly eighty students to view the priceless artifact ensconced at Toronto’s Fort York, I cannot emphasize enough the importance of getting your students to the new Visitor Centre of the Legislative Assembly of Alberta from November 23rd to December 29th, 2015, the last host of this document’s remarkable national tour.

Magna Carta Canada has provided Canadians with the opportunity to come face to face with a tangible document that has come to them through the centuries, an ocean and a continent away from the meadows of Runnymede. If you can, get your students standing in front of it …Accompanying the Great Charter is a collection of excellent resources that have been broadly developed to enhance the delivery of provincial curricula across the country. Written by the Magna Carta Canada Education Committee, (chaired by Historica Canada’s Education Manager Bronwyn Graves) an Education Guide and Magna Carta Timeline are intended to complement Alberta’s social science, and Indigenous studies courses.

The centerpiece of Magna Carta Canada’s Education Program is a guide, available at www.magnacartacanada.ca, created to address intermediate and secondary curricula across the country. Focused around the “big ideas” manifested by Magna Carta and the Charter of the Forest, the flexible activities presented in the Education Guide ask students to learn about the Great Charter and then engage in activities, such as write a biography as if it were an individual with specific hopes and dreams. Other activities ask students to explore their provincial legislatures, travel back in time, and fine tune their sense of historical significance (all concepts touched upon by Alberta curricula). There are other activities for students who want to dig deeper into the Charters, including specific clauses and their importance to Canadians in the 21st century. The beauty of the Education Guide is that educators are free to adapt the activities to whatever programming that they have in mind for their classrooms. Looking at the Alberta social studies curriculum, any one of the suggested activities meet general outcomes mandated for grades six and nine, and touch on all of the “Core Concepts of Citizenship and Identity” that are threaded through every year of instruction from kindergarten to grade twelve. Moving into the senior social studies courses, the grade 12 “Perspectives on Ideology” or “Understandings of Ideologies” could easily incorporate some, or all, of the lessons presented by Magna Carta Canada.

Magna Carta provides educators with a unique opportunity to explore Indigenous perspectives, and many conversations have occurred during this national tour around the notion of Treaties being “Magna Cartas” in their own right. Many scholars describe the Great Charter as a living document whose message transcends the ages, begging us to debate and renew the relationships it attempted to establish between people and those in power – such a description can be understood as the intent of Treaties negotiated between the Crown and Indigenous Nations. The The beauty of the Education Guide is that educators are free to adapt the activities to whatever programming that they have in mind for their classroomsRoyal Proclamation of 1763 has often been characterized as the “Indian Magna Carta,” forgetting that it was an imposed document by a far-off king. Many Indigenous scholars such as Canada Research Chair Dr. John Borrows argue that the Royal Proclamation can be seen as the true foundation of the intended relationship between Indigenous Peoples and the Crown only when the Treaty of Niagara (concluded using Indigenous diplomacy that included wampum in 1764) is included. Educators in the Aboriginal Studies 10 or 20 courses could start from the question “Is the Royal Proclamation Canada’s Magna Carta with Indigenous Peoples?” and through students’ own independent research and inquiry, as well as discussions with elders within Indigenous communities, explore some very complex and important relationships in these lands. I offer as a starting point an article I wrote for Magna Carta Canada entitled The Royal Proclamation and Treaty of Niagara as an Indigenous Magna Carta [ http://www.magnacartacanada.ca/the-royal-proclamation-and-treaty-of-niagara-as-an-indigenous-magna-carta/]. I would also suggest contacting Richard Hill of the Deyohahá:ge: Indigenous Knowledge Centre (Six Nations Polytechnic) who offered a fascinating talk on October 21st entitled “Covering the Grave: Indigenous-Anglo peace-building traditions” that asked if the Royal Proclamation offered non-Christian inhabitants of North America the principals enshrined within Magna Carta.

In a century that has become increasingly intangible in its struggle to become virtual, nothing can replace the experience a student will  have when they come face to face with the faded parchment and King Edward’s ancient royal seal of Durham Cathedral’s Magna Carta. Magna Carta Canada has provided Canadians with the opportunity to come face to face with a tangible document that has come to them through the centuries, an ocean and a continent away from the meadows of Runnymede. If you can, get your students standing in front of it (an experience recently denied to the students at the Renmin University of China in Beijing [ http://www.nytimes.com/2015/10/15/world/asia/china-britain-magna-carta-renmin-university.html?_r=1]. Such a moment in a young life embeds itself in the psyche, creating an opportunity to better understand and respect the conventions and traditions inherited from generations of ancestors. With such awareness, opportunities to dig into some of the key principles of our parliamentary democracy are created, which I think is the point of the whole exhibition. To use the latest edu-jargon, the program designed by Magna Carta Canada is inquiry-based learning at its best.

Nathan Tidridge is a member of the Magna Carta Canada Education Committee, and was recently named a director of the Ontario Heritage Trust by the Lieutenant Governor in Council. Nathan is the author of four books, including The Queen at the Council Fire: The Treaty of Niagara, Reconciliation and the Dignified Crown in Canada (Dundurn Press, 2015), and teaches Canadian history and government at Waterdown District High School. Nathan maintains a website dedicated to teaching Canadians about their constitutional monarchy at www.canadiancrown.com.

Nathan Tidridge teaches history and government at Waterdown District High School in Ontario. He is the author of several books and has won numerous awards for his teaching excellence and community service. He currently serves the Education Committee for Magna Carta Canada.