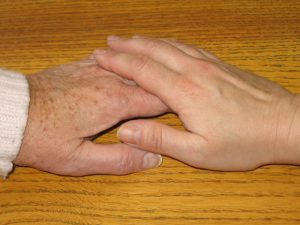 Medical assistance in dying (MAID) involves intentionally ending one’s life with the assistance of a medical doctor. For some individuals, especially those suffering from terminal illnesses, choosing when to die could be very important: for example, persons could choose to end life with dignity, before becoming completely reliant on machines for survival or being forced to endure a slow and painful death because of their illness. In Canada, however, medical assistance in dying has been forbidden under s. 241 of the Criminal Code, which prevents anyone from helping another person to end their life. This blanket prohibition was grounded in the state’s interest in protecting life and vulnerable peoples who might be induced in “moments of weakness to commit suicide.”

In light of this decision, Parliament was given twelve months to enact legislation that is constitutionally valid. Some Canadians had fought to have this ban against medical assistance in dying overturned. In 1992, Sue Rodriguez brought her case for assisted death all the way to the Supreme Court of Canada. Ms. Rodriguez suffered from ALS (Amyotrophic Lateral Sclerosis), an incurable and progressive disease that causes the muscles in a person’s body to slowly deteriorate, eventually leaving its victim unable to speak or eat without assistance. Statistics suggest that victims typically succumb to the illness two to three years after being diagnosed, with choking, suffocation or pneumonia the likely cause of death. As a result, Ms. Rodriguez argued that prohibiting anyone from helping her end her life when she reached the later stages of her disease violates section 7 of the Canadian Charter of Rights and Freedoms, which protects the right to life, liberty and security of the person. More specifically, Ms. Rodriguez claimed that she had the right to control what happened to her body and as such, she ought to be able to make personal decisions about what happens to her in the terminal stages of the illness without government interference. According to Ms. Rodriguez, the inability to make those decisions caused her both physical pain and severe psychological stress.

Things changed in 2015 with the Supreme Court’s Carter decision, which established that prohibiting medical assistance in dying violates section 7 of the Canadian Charter of Rights and Freedoms. In its decision, the Court held that while human dignity and free choice is one of the underlying principles of Canadian society, preserving human life is fundamental. Allowing “the state to kill will cheapen the value of human life” and as such, it decided that even those who have terminal illnesses cannot be allowed to make a conscious choice of death over life by seeking to control how and when they want to die. For the Court, the state has a strong responsibility to serve as a role model for individuals. Allowing doctors to lawfully participate in taking life would be contrary to this responsibility, because it would “send a strong signal that there are circumstances in which the state approves of suicide.” http://www.canlii.org/en/ca/scc/doc/1993/1993canlii75/1993canlii75.html

Things changed in 2015 with the Supreme Court’s Carter decision, which established that prohibiting medical assistance in dying violates section 7 of the Canadian Charter of Rights and Freedoms  http://www.canlii.org/en/ca/scc/doc/2015/2015scc5/2015scc5.html  One of the appellants, Gloria Taylor, also suffered from ALS and knew that because of the total ban on assisted death, she would be unable to request help in ending her life even at the most painful and debilitating last stages of her illness. This left her with what she called a “cruel choice” between “killing herself which she was still physically capable of doing so, or giving up the ability to exercise any control over the manner and timing of her death.” She was given a constitutional exemption by the Supreme Court of British Columbia but died before she could exercise this option.  Another appellant, Kay Carter carried on with the case.

Some Canadians had fought to have this ban against medical assistance in dying overturned. In 1992, Sue Rodriguez brought her case for assisted death all the way to the Supreme Court of Canada. For these reasons, the Court decided that to impose a ban on physician-assisted death infringes upon section 7 of the Charter, because preventing even terminally ill persons from deciding what to do with their bodies at any stage of their illness “imposes unnecessary suffering on affected individuals.” While the ban would certainly protect vulnerable persons from being coerced or pressured to seek help in ending their lives, it also prevents competent, fully informed persons from deciding when and how they would like their lives to end. Being deprived of this important decision “about what to do with their bodies and how those bodies will be treated” may cause some terminally ill people to take their own lives sooner, while they are still able to do so themselves.

In light of this decision, Parliament was given twelve months to enact legislation that is constitutionally valid. The newly elected Liberal government drafted a proposed medical assistance in dying bill. The Senate voted to amend a critical but controversial provision, which restricts the ability to seek help in ending life to those people whose death is “reasonably foreseeable.” Some senators argued that in such a situation, the ban would still apply to many informed individuals, including those with serious physical disabilities, if their deaths are not imminent or reasonably foreseeable.  Despite their determined opposition, the bill passed in the Senate.  The House of Commons agreed to some minor amendments suggested by the Senate and the new law received Royal Assent on June 17, 2016.  Canada now joins a small group of countries and U.S. states that have a medical assistance in death (MAID) law.