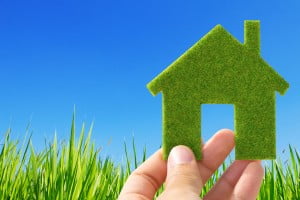 Canada’s municipalities, already leaders in effective environmental action, stand poised to accomplish even more: to reduce the consumption of energy and water, and to emit less pollution, for example—while delivering the same quality and quantity of services to residents.

During the next decade, how we build, manage and renew our cities and communities will be critical to establishing a greener economy—an economy built on climate change mitigation and community resilience. Local governments own and operate almost 60 per cent of Canada’s infrastructure: transportation networks; public buildings; and water, wastewater and waste systems. Local governments have direct or indirect influence over nearly 50 per cent of all emissions of greenhouse gas in Canada.

The ultimate goal is to help Canada meet its larger environmental goals by transforming what was once considered innovative into the new business as usual.Infrastructure is designed and built to last for many decades. So the infrastructure decisions made today will influence resource use, pollution generation and climate vulnerability for years to come. To create a more resilient and low-carbon economy depends, in large part, on the capacity of municipalities to make sound planning and investment decisions, and to strike a proper balance between financial, social and environmental considerations.

As someone who’s devoted a significant part of my career to the municipal sector—including eight years and counting as a City of Edmonton councillor—I know the challenges municipalities face all too well. Municipal budgets are tight. Technologies that reduce pollution and consumption typically save money over the long term, but sometimes cost more up front. Furthermore, many green technologies are relatively new, while municipalities tend to be risk-averse. As a result, municipalities may be tempted to follow a familiar but less-sustainable approach.

In 2000, the tide began to change with the inception of the Green Municipal Fund (GMF). Established by the Federation of Canadian Municipalities (FCM) and endowed with a total of $500 million in federal funding—and an additional $50 million for grants—GMF is a program that partners with municipalities across the country. The program is equal parts lender, money manager, project analyst and teacher. It extends loans at competitive rates to municipalities for capital projects. The program also provides grants to help fund eligible tests, studies and plans. And most importantly, GMF analyzes the outcomes of all funded activities and shares the lessons learned to help other municipalities replicate successful projects.

The results have been nothing short of remarkable: significant reductions in the consumption of energy and water, and in air pollution and waste; volumes of research and case studies on what works, what doesn’t and why; and numerous innovations studied, tested and refined, and the best ones replicated in other municipalities.

To create a more resilient and low-carbon economy depends, in large part, on the capacity of municipalities to make sound planning and investment decisions, and to strike a proper balance between financial, social and environmental considerations.FCM is also an astute manager of public money: the initial GMF endowment of $500 million carried a value of $596 million on March 31, 2015. This performance is even more impressive during an extended era of limited returns from capital markets and given the fact that FCM has approved more than $700 million worth of GMF funding. Since GMF’s inception, FCM has invested in 119 capital projects and 772 plans, studies and tests in close to 500 communities across Canada.

A few examples illustrate the effectiveness of GMF. Former industrial sites (known as brownfields) represent particular problems for municipalities because the hazardous materials that some contain often make redevelopment too risky to undertake.  The site of a former gas station and garage in Edmonton sat empty for years until the City partnered with FCM and Icon Fox Developments Ltd. on a plan to remediate and revitalize the land. The plan involves the construction of two mixed-use high-rise towers in the heart of downtown near a transit station. People began to move into the first tower in August, 2016. The second tower will be ready for occupancy in 2017.

Through GMF, FCM is helping the Town of Drayton Valley to study the feasibility of building one of the world’s most energy-efficient aquatic facilities. The idea is to combine and integrate multiple green technologies; eventually, the building would become a source of renewable energy. Part of what makes the project exciting is that it addresses a difficult problem many municipalities face: developing and operating recreational facilities in a sustainable, cost-effective manner.

Another FCM-supported project promises to push the envelope on waste management. For the next 25 years, Edmonton’s non-recyclable and non-compostable solid waste will be used to produce biofuels under an agreement with Enerkem. Rather than going to landfill, the solid waste will be transformed into methanol and ethanol—up to 36 million litres of per year. FCM helped fund the two feasibility studies that informed the project’s design. The project will enable Edmonton to preserve and sustain the environment and diversify its economy.

Local governments have direct or indirect influence over nearly 50 per cent of all emissions of greenhouse gas in Canada.FCM also helps municipalities in other ways. Partners for Climate Protection (PCP), for instance, is a program that enables municipalities to reduce their emissions of greenhouse gas. Calgary’s membership in PCP enabled it to reduce its 2013 emissions to a level 41 per cent below the level of its 2005 emissions. And Calgary continues to improve its performance. Last year, GMF also set a new standard for municipal collaboration with the launch of LAMP, the Leadership in Asset Management Program. Under LAMP, municipalities work side-by-side to plan, develop and manage infrastructure in a more sustainable manner.

By continually reviewing, analyzing and updating its GMF offerings and processes, FCM fosters the success of innovative sustainability projects, and the ongoing evolution of the municipal sustainability sector. The ultimate goal is to help Canada meet its larger environmental goals by transforming what was once considered innovative into the new business as usual. Given the remarkable effectiveness of GMF’s operating model, municipalities will continue to lead the way on environmental action.

Ben Henderson is an Edmonton municipal councillor and Chair of the Green Municipal Fund Council, a program of the Federation of Canadian Municipalities in partnership with the Government of Canada.