While legislatures must inevitably draw distinctions among the governed, such distinctions should not bring about or reinforce the disadvantage of certain groups and individuals by denying them the rights freely accorded to others.

Andrews was the leading case during the first decade of Charter section 15 jurisprudence.Millions of people living and working in Canada are permanent residents, not citizens. Permanent residents enjoy virtually the same rights and responsibilities as Canadian citizens, including the right to live, work and study anywhere in the country. They are entitled to the same social benefits that citizens receive, including public pensions and universal health care, and they can sponsor relatives to Canada.

Permanent residents may apply for Canadian citizenship – which gives them the right to vote and run in elections – after living in Canada for three years out of the five years preceding their application. Many permanent residents choose to never become citizens.

Until 1989, provincial law societies required lawyers to be citizens. This article is about a permanent resident who challenged that requirement under the Canadian Charter of Rights and Freedoms.

Lawyers are trained and qualified to do many things. They are experts in substantive and procedural law and skilled in legal procedures. They advise and represent others across the total spectrum of legal matters where financial, reputational and liberty stakes for the client are the highest. They occupy one of the most prominent esteemed socio-economic professional perches in society.

Lawyers are bound to exacting character, educational, professional and conduct standards. They must submit to continuing education and be insured for their errors. Being a lawyer is not a right, but a privilege.

Must they also be Canadian citizens? 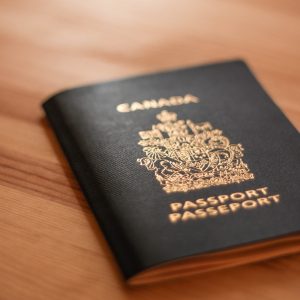 Andrews was a British citizen and a permanent resident in Canada. With a British law degree, he tried to become a lawyer in British Columbia. He met all requirements for admission to the British Columbia bar except one. Section 42 of B.C.’s Barristers and Solicitors Act limited membership to Canadian citizens.

Andrews sued the Law Society of British Columbia, arguing the citizenship requirement violated his equality right under the Charter:

This was the first major Charter equality case and six judges of the Supreme Court of Canada took 16 months to decide it. A majority agreed with Andrews and struck out the citizenship requirement for lawyers.

The second step of the analysis determines whether the infringement can be “demonstrably justified in a free and democratic society” under section 1 of the Charter. The state must justify the infringement.

The judges disagreed about whether this discrimination was sufficiently justified. The B.C. government and the Law Society argued that the role of lawyers begets a special commitment to the community which citizenship embraces. They said practical familiarity with the country and its customs is needed. Citizenship evinces a real attachment and connection to Canada.

Andrews sued the Law Society of British Columbia, arguing the citizenship requirement violated his equality right under the Charter …Moreover, they said lawyers should be citizens as they play a role in Canadian governance since they are officers of the court and are entrusted with significant private and public powers. They are uniquely involved in the processes or structure of government. The government argued that certain state activities should be confined – for both symbolic and practical reasons – to those who are full members of our political society: citizens.

Where is Andrews Now?

Andrews became a citizen before his case was even argued in the Supreme Court of Canada. He is a litigation partner now in a large national law firm in British Columbia. After judgment in his favour in the B.C. Court of Appeal, Andrews became a lawyer on June 13, 1986.

Foreign-trained professionals encounter tremendous obstacles to having their education and skills transferred to, and being accredited, in Canada. This case does not help them much because mere permanent residency is not their hurdle.

Until 1989, provincial law societies required lawyers to be citizens.Likewise, if citizenship is not required to become a lawyer or a judge in Canada on the basis that it does not ensure greater commitment or practical understanding of the society, should it be an issue for those running in elections, or even for voting? Why should it matter today if a politician holds dual citizenship?

Andrews was the leading case during the first decade of Charter section 15 jurisprudence. The Supreme Court of Canada has stated that section 15 equality rights are the most expansive and challenging rights in the Charter. The next Employment column will offer a critique of this Andrews decision.

Sareena Samra is an articling student with a law firm in Surrey, British Columbia.