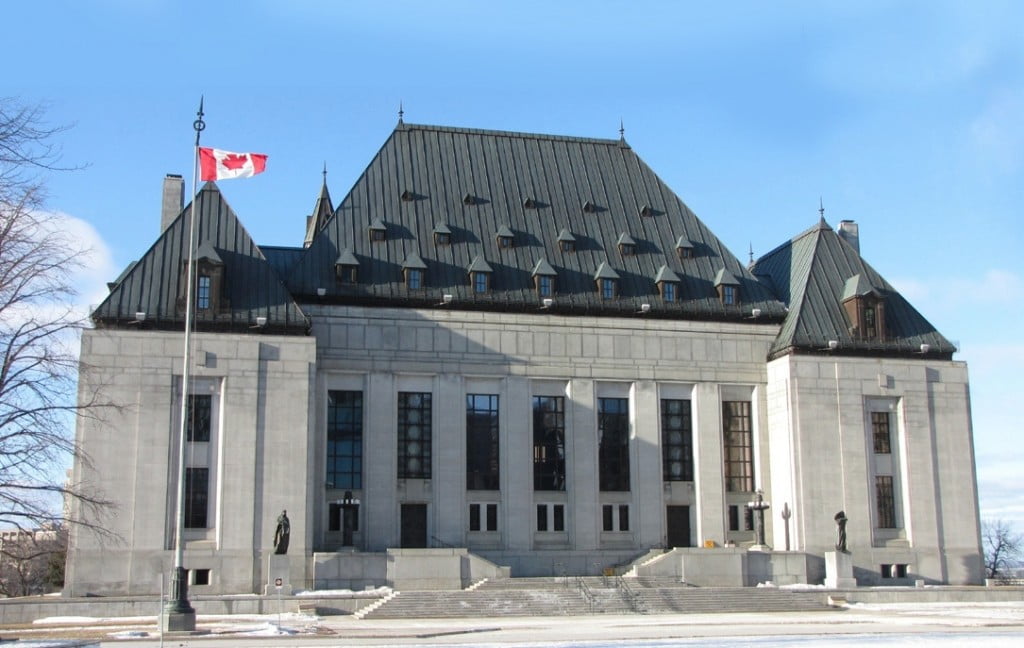 In Canada, our parliamentary democracy is founded upon certain principles and conventions of parliamentary government inherited from English constitutional tradition. The preamble to the founding document of the Confederation of Canada, the Constitution Act, 1867(CA1867), confirms that intention.

The CA1867 describes the powers of each branch as separate from each other. However, the Supreme Court of Canada has stated that “the Canadian Constitution does not insist on a strict separation of powers.” This is correct in the sense that, in practice, our parliamentary government operates on the basis of a substantial integration and co-ordination between the executive and legislative branches. This integration is achieved through established constitutional practices. For example, the power to make regulations has been effectively delegated from Parliament to the Governor General acting on the advice of Cabinet. In practice, legislative powers are in turn controlled in large part by certain components of the executive, for example, through the Cabinet, Prime Minister’s Office, and Privy Council Office.

The “separation” of powers is to be distinguished from the “division” of powers, the organizing principle of Canadian federalism. Federalism recognizes two levels of government, the federal and provincial, with a division of powers, as distinguished from Great Britain which operates on a single level, or unitary state principle. This makes federalism the main exception to the British parliamentary system adopted by Canada. The CA, 1867 (s.91 and s.92) divides law-making powers between the federal Parliament and the provincial legislatures.

The CA, 1867 provides that the federal legislative authority is vested in Parliament, which consists of the Queen, the Senate, and the House of Commons (s.17). Formally, the legislative authority rests with the Governor General acting on the advice and consent of Parliament. The CA 1867 expressly states this at s.91: “It shall be lawful for the Queen, by and with the Advice and Consent of the Senate and House of Commons, to make Laws for the Peace, Order and good Government of Canada…”

The important point to note from this quote is that the institution of Parliament means something more than what is popularly perceived as the buildings where laws are passed. It consists not only of an elected component, the House of Commons, but also two non-elected components: the Senate and the Queen. The monarch’s role in the legislative process is the final role, the granting of “royal assent” to bills passed by both Houses of Parliament. This power to grant royal assent has been delegated by the Queen to the Governor General. In practice, however, the Governor General cannot withhold royal assent upon passage of a statute through both Houses of Parliament. Despite this formal, legal role of the monarch in the legislative process, the central actors in the legislative branch are the House of Commons and the Senate.

The House of Commons enjoys the status and political legitimacy of being the only elected component of the federal Parliament. It consists of members of parliament (MPs) who are elected on the basis of universal adult suffrage. Members are elected by simple plurality voting in electoral districts, or ridings. In other words, when Canadians vote, they do not vote for a prime minister, nor do they vote for a government. Instead, Canadians vote for a member of parliament (“MP”) to represent their riding. Each MP gets a “seat” in the House of Commons. In all, 308 MPs are chosen.

The Senate is not to be forgotten in the legislative process. The CA, 1867 confirms that all laws of Canada are formally enacted, “by and with the Advice and Consent of the Senate and the House of Commons.” (s.91) Senators are appointed by the Governor General on the recommendation of the Prime Minister. Most types of bills can be introduced in the Senate, where, as in the House of Commons, they go through three readings, and prior to third reading, are sent to a Senate Committee for closer scrutiny. As in the Commons, the Senate can pass, amend, delay, or defeat a bill.

The Constitution Act, 1867 does not mention a prime minister or a cabinet. Rather, it provides for the creation of the Queen’s Privy Council for Canada, with members to be appointed by the Governor General. By constitutional convention, members of the Privy Council form the Cabinet. The Cabinet, (also known as the Governor-in-Council) is the decision-making authority of the executive branch, and is responsible for the implementation of executive policy and the administration of government departments. (Appointments to the Privy Council are for life, but it is convention that only the sitting Cabinet exercises the powers of the executive branch.) The Cabinet includes the Prime Minister and his ministers. Ministers are selected by the Prime Minister and appointed by the Governor General on the recommendation of the Prime Minister. The Prime Minister usually chooses Cabinet ministers from the elected members of Parliament, but may also choose ministers from the Senate. In this sense, because ministers are appointed by the Governor General, governments in Canada are technically not elected, but rather appointed. However, through the principle of responsible government, Cabinet ministers (including the Prime Minister) are also members of Parliament and ultimately accountable to Parliament.

Parliamentary government is such that decisions once made by a monarch in the name of the Crown are now made by the executive branch of government under the authority of the legislature. Cabinet decisions are in turn circumscribed by what is permitted by statutory authority or royal prerogative. The Governor General signs orders in council which formalizes Cabinet decisions made on the basis of royal prerogative or statutory authority.

A key role of the judiciary in Canada’s parliamentary democracy is the judicial review of the constitutional validity of the use of powers public bodies are given, by statute or common law. This role involves • determining whether or not a legislative action is outside the constitutional jurisdiction of that body to so legislate (known as ultra vires); or • ascertaining whether any law or executive act contravenes any of the rights or freedoms set out in the Charter of Rights and Freedoms.

Parliamentary supremacy is the central component of the British Constitution and, although circumscribed by several elements of the Canadian Constitution, is also the governing principle in Canadian parliamentary government. Parliamentary supremacy refers to the power of Parliament to make law within the limits imposed by the Charter of Rights and Freedoms, and by the constitutional division of powers. It also denotes the supremacy of the Parliament over the executive branch, primarily through the accountability of the Prime Minister and Cabinet to Parliament. The Prime Minister must maintain the confidence of Parliament. The executive must execute and implement laws which have been debated and passed by both Houses of the Canadian Parliament.

The essence of parliamentary democracy is that the executive branch is accountable and subordinate to the legislative branch. This fundamental concept is realized through the main activating principle of parliamentary government: responsible government. Responsible government is the functional manifestation of parliamentary supremacy. As constitutional scholar Peter Hogg writes in Constitutional Law in Canada , 5th ed., p. 9-5), responsible government means that, while formally the Canadian Constitution recognizes an unelected official (the Queen or her representative, the Governor General) as head of state, by convention she must act under the advice of ministers who are members of Parliament and who command the confidence of a majority of the elected members in the House of Commons. In this way, the executive is held accountable to the legislature.

With all of these rules, both the formal and the actual, parliamentary democracy can be quite complex and, at times, quite confusing. Some would say that it works better than many of the other systems seen in the world. Others would disagree. In any event, our political system is one that is both steeped in history and tradition and yet still flexible enough to deal with contemporary issues: it has served Canada well, and is arguably one of the most important institutions that has helped to define the modern Canadian national identity.