You are here: Home / Feature Articles / 42-1: Wills and Estates / People Always Told Me, Be Careful What You Do: Wills and Dependency Legislation
Reading Time: 7 minutes 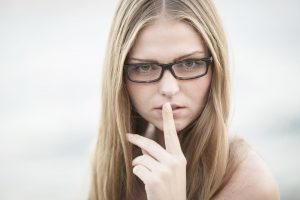 It is the kind of tragic story that makes for best-selling novels and Hollywood blockbusters. A young woman, raised in a loving home by two hard-working parents, battles a severe and debilitating disease. Left penniless and alone when her parents pass, she struggles to make ends meet as her body slowly breaks down. Then, an incredible and shocking discovery; she is, in reality, the biological daughter of a wealthy, recently-deceased man whose estate is valued in the tens of millions of dollars.

It was not a fiction for one Alberta woman – it was the very thing that brought her into my office. While it would make for a more nuanced and intriguing story to relay all of the fascinating and heartbreaking details of this case, lawyers are bound
by a positive ethical duty, protected at law to keep solicitor/client matters completely confidential.

In ADR, parties meet outside of the courts, sometimes together with their lawyers, sometimes with trained neutral arbitrators or mediators, sometimes with judges through the court system to create a resolution, outside of a trial. I can, however, speak of the struggles and balancing of interests inherent in Alberta’s wills and dependency legislation that I dealt with as I worked closely with this disabled adult child to eventually obtain a substantial payment from the estate of her deceased biological father.

This may have been the sort of thing that, in an earlier age, would have been considered a deep dark secret (love child?) carried to the grave of the biological parents. Today, a more expansive definition of family, a less judgmental attitude towards innocent children and easy and cheap DNA tests make this sort of thing neither deep, dark, nor secret anymore.

How you think about the result may depend on which “side” you are on. On the side of the family members actually mentioned in the will, their share was greatly reduced by the eventual award and the considerable costs of determining a correct and just result. This was a complication that they were not expecting and were innocent of creating. On the side of the dependent child, a genuinely disabled person was lifted out of poverty. On the side of taxpayers, a disabled person was taken off public support freeing up tax dollars to be spent elsewhere. On the side of the deceased person who made the will, this was a pretty stark interference by the state on his freedom to do what he wished with his property, in life and in death. In life, the deceased parent had no enforceable legal obligation to support a disabled adult child (let alone an unknown one); how did that become an obligation of the estate upon his death?

The answer is that it is complicated. Every society, going back as far we know, has had rules and compromises between the freedom to dispose of your estate as you wish and the expectations of family and society. In feudal times, the lord’s estate had to be kept intact, so it went to the eldest son, even if younger children had to be shipped to Canada. Ancient Scottish rules of “forced share” (one third to the widow, one third to the children, one third, only, to be distributed freely) recognized the expectations of family for support. Our Dower legislation protects a widow or widower’s right to live on the homestead after the death of his or her spouse.

Throughout that time, the classes of dependents protected by the legislation has evolved. Going beyond the hurt feelings that arise when one sibling realizes that mom really did love the other sibling more, society-at-large has a legitimate social interest in the disposition of an estate in some circumstances. Support of disinherited dependents (as opposed to legitimately disappointed but otherwise independently supported family members) may fall to the state (read that: you and I) if inadequate provision for their maintenance and support has not been made.

The modern reflection of this is that most provinces in Canada have adopted the compromises first set out in New Zealand legislation from 1900; this legislation tempered a testator’s freedom to dispose freely of her estate with her legal and moral obligations to support certain family members and society’s legitimate interest in having families, instead of the public purse, supporting dependents. Alberta has had The Married Women’s Relief Act (1910), The Testator’s Family Maintenance Act (1947), The Family Relief Act (1969), The Dependent’s Relief Act (1980), and those maintenance provisions are now included in The Wills and Succession Act (2010). Throughout that time, the classes of dependents protected by the legislation has evolved. Today in Alberta, if a person dies with a will that does not make “… adequate provision in the person’s will for the proper maintenance and support of a family member…” then the court can make an order for “… any provision the Court considers adequate … for the proper maintenance and support of the family member” (see s. 88 of the Wills and Succession Act). The term “family member” is defined in the Wills and Succession Act and includes some of the expected classes of dependents:

The compromises and words used to describe the sorts of dependency and support are not perfect and force us to pay particular attention to the words of the legislation, like it or not. For example, in the case of our DNA-proven dependent, it would be difficult to say that this is exactly the sort of dependent that the legislature had in mind. But the definition fit our case even though the new “family member” was a surprise to the rest of the family and maybe was not in the contemplation of the parent writing the will. Also, the wording in the various dependent relief acts from province to province is different and can make a difference.

For example, the British Columbia legislation speaks to support that is “adequate just and equitable” which the courts have interpreted to allow a more equitable sharing of the estate than the Alberta legislation which speaks to “…adequate provision for proper maintenance and support…” which has been interpreted to limit the judge to a needs-based calculation of the support obligations. In our disabled adult child dependency case, we had to take the Alberta wording into account, requiring us to calculate and dispute over how much it would cost to support the dependent. In addition, what was “adequate” had to be considered in light of the fact that there was no history of support as opposed to a long history of acknowledgement, support and actual dependency on the support.

Every society, going back as far we know, has had rules and compromises between the freedom to dispose of your estate as you wish and the expectations of family and society. There are compromises and definitions that remain unclear. For example, the dependency sections of the Alberta Wills and Succession Act are couched in terms of needs-based maintenance and support. The Matrimonial Property Act, however, gives a divorcing spouse a presumptive ½ share. Could it be fair that the spouse that stayed until “the end” only gets “adequate” support when the spouse that divorced before the other dies gets a full ½ share? The Alberta Wills and Succession Act tried, at one time, to deal with this by giving spouses the ability to choose a matrimonial property ½ share but this would have upset so many formal and informal estate plans that the section was withdrawn in 2012.

What this all means for planning wills is that regular and confidential consultations with lawyers who specialize in drafting wills is necessary to not only deal with the changing realities of a modern long life with complicated families and dependencies, but also with the regular evolution of the law that tries to deal with the compromise of freedom of testation and society’s interest in seeing legitimate dependents taken care of.

A final word about confidentiality in estate and lawyer-client matters. In any lawsuit, most information gathered (including that compelled from the other side) is considered privileged and not usable outside of the actual lawsuit. In our case, the matter was settled, not at trial (which is largely public and sometimes reported in the official reported decisions and law reports) but in the Alternative Dispute Resolution (ADR) arena. In ADR, parties meet outside of the courts, sometimes together with their lawyers, sometimes with trained neutral arbitrators or mediators, sometimes with judges through the court system to create a resolution, outside of a trial. These proceedings offer both (relative) speed and flexibility but also the opportunity to resolve highly personal and contentious matters, still professionally and in good faith, but privately, confidentially and out of the glare and stress of the public.

Going beyond the hurt feelings that arise when one sibling realizes that mom really did love the other sibling more, society at large has a legitimate social interest in the disposition of an estate in some circumstances.Creating a document like a will that is expected to work and produce a desired effect years and years after it was drafted is complicated and impossible unless it is drafted with complete and, sometimes, uncomfortable disclosure between the lawyer and the client. The law has recognized this requirement for centuries and for the special relationship between lawyers and clients, the instructions, advice and the important back and forth between lawyers and clients while decisions are being made, are legally protected and confidential.

The young woman in our case ultimately recovered from her father’s estate, despite not being named in the will. We will never know what her father actually knew about her. There was certainly no overt acknowledgement. It is likely that everyone “knew” or at least suspected the truth and a confidential and candid discussion with the lawyer drafting the will could have averted a lot of legal confusion in administering the will following his passing.

Fred Fenwick, Q.C., is a lawyer in the Calgary office of McLennan Ross, focusing on major civil litigation including estate and family law issues, family corporations and division of family assets.

Andrea MacLean is an articling student in the Calgary office of McLennan Ross.