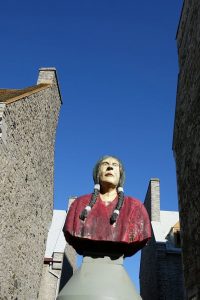 The Canadian Human Rights Act sets out prohibited grounds of discrimination under s. 3(1):

For all purposes of this Act, the prohibited grounds of discrimination are race, national or ethnic origin, colour, religion, age, sex, sexual orientation, gender identity or expression, marital status, family status, genetic characteristics, disability and conviction for an offence for which a pardon has been granted or in respect of which a record suspension has been ordered.

In the federal Act, political belief is not an enumerated category. There has been discussion within the Canadian Human Rights Tribunal about it because most of the provinces in Canada have political belief as a prohibited ground for discrimination. Why is this the case?

It’s time that the Canadian Human Rights Act be amended to include political belief as a further prohibited ground of discrimination.This omission impacts anyone whose employment falls under federal jurisdiction. It is of particular interest to Aboriginal people where First Nations, or its entities such as tribal councils, are governed by the federal Act.

This omission also seems contrary to Canada’s obligations as a signatory to the United Nations’ Universal Declaration of Human Rights which, in Article 2, includes political or other opinion as a right and freedom:

Everyone is entitled to all the rights and freedoms set forth in this Declaration, without distinction of any kind, such as race, colour, sex, language, religion, political or other opinion, national or social origin, property, birth or other status.  Furthermore, no distinction shall be made on the basis of the political, jurisdictional or international status of the country or territory to which a person belongs, whether it be independent, trust, non-self-governing or under any other limitation of sovereignty.

When we consider what political belief is, we most likely think of membership in a political party. As Canada has partisan politics as a cornerstone of its foundation, the failure to prohibit discrimination on the basis of political belief by the federal government runs into a deep chasm that should never be.

The Jamieson decision is often cited on the basis that, “’political belief’ in [B.C.’s Human Rights Code] is not restricted to issues of partisan politics” (Siemens at para 17).Political belief can be a tricky thing in many areas of life. In the past, political membership or activity potentially led to discrimination in the realm of economic activity. I heard an anecdote about an entrepreneur from the Edmonton area who was involved in a power project proposal. He attended a meeting where a minister approached him and asked if he was a donor to the Social Credit party. When the entrepreneur replied that he was not, the minister turned around and walked away. The effect of that was to deflate the entrepreneur’s balloon where he had sought government support for his project. There would be no government support on the basis that he did not donate money to the political party that was in power at the time. Perhaps, historically, this is why corporations have been major donors to political parties.

Others have noticed how partisan politics can affect the economy in this country. In 2017, the New York Times quoted Democracy Watch’s founder, Duff Conacher: “B.C. is the wild west,” in relation to an article about corporate donors to political parties and the ethics involved (Lavin). Since then, the B.C. government has banned union and corporate donations for its provincial and municipal elections.

With regard to the federal government, the Prime Minister of Canada, prior to his taking up that position when he was leader of the opposition party, released all of the Liberal senators and declared them to be independent. Political belief is no longer a consideration for senators appointed to public office in what is often termed, “The Red Chamber”, and going forward, senators no longer have to tow a political party line.

No one wants to face discrimination on the basis of political beliefs when seeking employment. Still, it is clear that this does sometimes occur. The British Columbia Human Rights Tribunal, under s. 13 of B.C.’s Human Rights Code, prohibits discrimination based on political belief and has examined the issue in employment law cases. A number of these cases have involved Aboriginal people.

In the federal Act, political belief is not an enumerated category. There has been discussion within the Canadian Human Rights Tribunal about it because most of the provinces in Canada have political belief as a prohibited ground for discrimination.In the 2015 case of Siemens v. District of Vanderhoof and others, 2015 BCHRT 172 (Siemens), Erin Siemens asked the British Columbia Human Rights Tribunal to determine if she was discriminated against on the protected ground of political belief when she was dismissed from her employment. She alleged that “having been seen in the company of a friend and political rival of the Respondents during a political campaign, and on the basis of direct statements made to her by the District’s CAO, she was perceived to be politically allied and aligned against the Respondents” (Siemens at para 20). The respondents asked the Tribunal to dismiss her application.

Siemens raised the case of Jamieson v. Victoria Native Friendship Centre (1994), BCCHRD No 42 (Jamieson), where it was determined that “political beliefs are not limited to beliefs about, or involvement in, recognized or registered political parties and beliefs about organizations and governments of First Nations communities are political” (Jamieson at para 14). The Jamieson decision is often cited on the basis that, “’political belief’ in [B.C.’s Human Rights Code] is not restricted to issues of partisan politics” (Siemens at para 17).

The British Columbia Human Rights Tribunal, under s. 13 of the B.C. Human Rights Code, prohibits discrimination based on political belief and has examined the issue in employment law cases. A number of these cases have involved Aboriginal people.The then-chair of the British Columbia Human Rights Tribunal stated, in the Siemens case at para 21, that: “the facts alleged in the complaint could, if proven, engage the protected ground of political belief under s. 13 of the Code.” The Tribunal allowed Ms Siemens’ complaint to proceed for determination.

In another case before the British Columbia Human Rights Tribunal, political belief was involved in an employment law situation where an employer did not hire the complainant. Sylvia Stephens filed a complaint with the Tribunal against a First Nation development corporation and other individuals alleging that she was not hired because of her family status and political beliefs (Stephens v. Gitxat’in Development Corporation and others (No.2) 2006 BCHRT 11 (Stephens)). The respondents countered that her opinions as outlined in her filings did not amount to political beliefs. Tribunal Member Lindsay Lyster wrote:

The parameters of ‘political belief’ have not been conclusively defined in the case law, and I am not prepared to conclude that political belief could not include the kinds of opinions stated by Ms. Stephens in the documents she has submitted. In my view, Ms. Stephens has alleged facts with respect to the allegations of discrimination on the basis of political belief which, if proven, could constitute a contravention of the Code (Stephens at para 13).

In the end, the Tribunal dismissed Ms. Stephens’ complaint, concluding that there was “no reasonable prospect that Ms. Stephens would be able to establish the respondents discriminated against her on the basis of either her political beliefs or of her family status in refusing to hire her” (Stephens at para 15).

Canada should not pick and choose which human rights it wants to implement. It’s time that the Canadian Human Rights Act be amended to include political belief as a further prohibited ground of discrimination. First Nations people facing discrimination in employment and other areas of Canadian law would applaud such a step.