A Website of The Centre for Public Legal Education Alberta
You are here: Home / Feature Articles / 40-1: The Law and Technology / Porter Airlines: A case study in CASL
Reading Time: 2 minutes 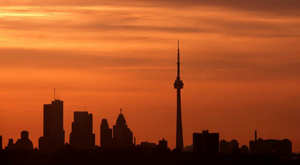 On June 29, 2015 the Canadian Radio and Television Commission (CRTC) announced that Porter Airlines Inc. had agreed to pay $150,000 as part of an undertaking in respect of alleged violations of Canada’s Anti-Spam Law (CASL).

In this case, it alleged that Porter Airlines had sent some commercial electronic messages after July 2014 (CASL came into force July 1, 2014) that were not compliant with CASL. Specifically, the CRTC has alleged that:

When challenged to prove it had consent to send some commercial electronic messages between July 2014 and April 2015 the CRTC reported that Porter Airlines was unable to provide proof as to those consents from each applicable electronic address.

CASL provides a mechanism under which a respondent may give an undertaking to the CRTC. Porter Airlines utilized that procedure and, as part of its undertaking, is reported to be committed to ensuring that its future fcommunications are compliant with CASL. It is also reported that Porter Airlines co-operated with the CRTC and promptly took remedial action to address compliance. Porter Airlines will increase training and education for staff and improve its compliance policies and procedures.

This prosecution show that the CRTC is targeting technical and other violations under CASL. The prosecution also shows the importance of both the establishment of due diligence as a defence and the importance of being able to provide evidence of consents (or that an exemption applies) to send electronic commercial communications to each account.

The case is a reminder for all organizations that send commercial electronic messages to review their practices, policies and procedures so as best to seek to establish a due diligence defence.