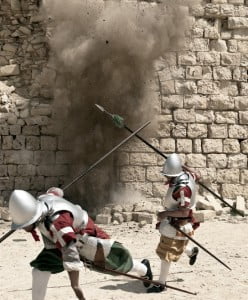 From almost the beginning of recorded history in England it had been recognized that “a man’s home is his castle” and accordingly, the Sovereign’s men could only enter if they had legal authority to do so. Over the centuries that authority evolved into the modern day search warrant. Canada’s Criminal Code included provisions governing the issuance of search warrants. But, before the enactment of the Charter of Rights in Canada, the violation of these laws by state authorities would only give an affected person the right to sue for trespass. Under pre-Charter principles, even if a location was entered and searched illegally, the police and Crown could nonetheless rely upon any evidence discovered to help in the prosecution of the accused.

The enactment of the Canadian Charter of Rights and Freedoms resulted in one of the most significant developments in Canadian law: the massive growth of laws intended to protect our personal privacy. What had been ordinary statute law, and thus subject to repeal at any time by Parliament, became enshrined as a mandatory constitutional requirement. In the 1984 case of Hunter v. Southam Inc., the Supreme Court of Canada said that under the Charter S. 8 guarantee to “the right to be secure from unreasonable search and seizure”, the state may only conduct a search of private property if it has first demonstrated to an independent judicial officer (usually a judge) that it has a valid reason to believe that this will lead to the discovery of evidence of a crime.

A new era had arrived, giving the privacy of Canadians a priority. While the Court recognized that there might still be emergency situations in which the police or other authorities could not obtain prior authorization before searching, those cases would be rare. Furthermore, when proceeding without a warrant, it would fall to the authorities to later demonstrate to a court that their actions were reasonable. Most importantly, where an individual’s right of privacy had been improperly violated by the state, any evidence obtained as a result would potentially be excluded from consideration in later criminal proceedings pursuant to Section 24(2) of the Charter.

From that first decision in 1984, the courts have developed principles that apply to a myriad of situations concerning the privacy rights and interests of Canadians. In the 30 years since the Charter came into force, these principles have been applied to situations where the state seeks private information about or from an individual. Parliament has now encoded in Criminal Code provisions many of the same principles to limit the state’s ability to intrude into the private affairs of Canadians, and to establish the appropriate test(s) to be applied when balancing privacy rights with the needs of law enforcement authorities to investigate and prevent crime. But in virtually all of these areas, the basic standard to be met is the same constitutional imperative: the authorities must always be able to show a judge that they have a reasonable basis to believe conducting the search in question will lead to evidence of an offence having been committed.

Some forms of “search and seizure” come more quickly to mind than others. The most common is one frequently depicted on television and in the movies: the police arrive at someone’s home or office with a search warrant in hand, and then conduct a methodical inspection of the premises, taking photos of items of interest and then seizing and removing those things for further inspection and analysis. Sometimes, this involves the discovery of direct evidence of criminal activity such as bloody clothing and weapons, or incriminating documents.

Another example is the use of a suspect’s DNA as a fairly standard forensic tool by which a particular suspect can be linked to a specific crime. However, because obtaining the DNA in question involves allowing the state to become aware of the most personal information at the genetic level of the individual, it is classified as a form of search governed by the principles of Section 8.

In 1995 Parliament amended the Criminal Code to include a series of special provisions to govern police gathering, analysis and use of DNA information from persons suspected of involvement in criminal activity. These include terms restricting the methods by which the DNA sample(s) may be taken from the suspect, such as plucking hair samples; taking blood by pricking the skin; or swabbing the inside of the mouth for skin cells. The police officers involved also have a duty to explain in detail to the individual the purposes for which the sample(s) are being obtained. Such a warrant can only be granted in relation to certain, serious criminal offences. The Criminal Code directs that a judge who is asked to issue a DNA warrant consider whether or not it is in “the best interests of the administration of justice” to do so, take account of the nature of the offence and its surrounding circumstances, and whether or not a properly trained police officer is available to obtain the sample.

Another new development since 1984 is in the area of “impression” warrants. In addition to fingerprinting and photographing as part of the usual processing and record-keeping procedures, the Criminal Code also now permits a judge to grant a warrant for the taking of any type of “impression” from someone’s body, including, but not limited to, finger, hand or footprints; teeth impressions; or foot impressions. This is considered to be a far less severe intrusion upon individual privacy, so the test is less stringent than in the DNA situation. Nonetheless, the same basic requirement must be observed. To obtain an impression warrant, the police must provide sworn evidence of their reason to believe evidence will be obtained by this means.

The area which is generally acknowledged to be most invasive of our privacy is that of electronic surveillance. From the early days, when police officers would listen to private telephone calls by simply picking up an extension line, “wiretap” technology has now evolved into complex and sophisticated equipment once only imagined by science fiction enthusiasts. The authorities now have the ability to secretly intercept and record all types of phone conversations (land-line and cellular); text messages; emails; and virtually every other form of electronic and wireless communication. Provisions of the Criminal Code set out the rules for such forms of surveillance.

In order to conduct electronic surveillance of communications the police must obtain prior authorization from a judge by providing sworn evidence demonstrating the belief that an offence has taken place and that the interception of private communications may lead to the obtaining of information about that crime. Unless one of the parties to the communication has consented to its interception, additional requirements also apply to wiretap orders. The police must tell the judge of the locations, as far as they can foresee them; the methods which they propose to use in order to carry out the interceptions; any prior attempts to obtain similar orders, and whether the order(s) in question were granted. Finally, in most situations the authorities must explain why other investigative techniques have failed or, if they are not considered to be viable alternatives to a wiretap order, why this is so. Orders are limited to 60 days, although they can be renewed. Only specially designated Crown lawyers can apply for such orders and only judges of the higher courts can grant them.

To have state agents secretly listening to private conversations of citizens is considered to be so invasive of our rights to be left alone that such interceptions can only be granted where the investigations involve more serious offences. However, in relation to some of the most serious crimes – mainly terrorism and organized crime offences – a number of these restrictions do not apply.

One area of privacy law which is still in its early stages of development relates to the use of computers and other personal electronic devices. The Supreme Court of Canada recently observed that these instruments frequently store as much, or more, personal and deeply private information about individual Canadians as any other form or place where information is collected. However, Parliament has not enacted any special provisions to deal with the issues which arise in searching these devices, apparently satisfied that the ordinary search warrant provisions (which already include within their scope searches to be conducted of any “receptacle or place”) apply in such situations. But the area is not free from controversy. A search warrant must describe in careful, precise terms the building, place or receptacle to be examined by the authorities. So, a warrant granted specifically to allow the search of a particular house, for example, would ordinarily not include a detached garage, shed or vehicle found at the same address. However, with a warrant the police would be entitled to open locked doors or to examine the contents of locked desk drawers and filing cabinets found inside the home.

When it comes to the searches of computers, it is not yet completely clear how they should be treated by the authorities. The law is still not defined, for example, as to whether a warrant to search a building or place would extend to allow the police, upon finding a computer in that location, to simply turn it on and examine its contents. Just as a warrant to search a building allows the police to open any other locked storage device, so too would no further warrant be required in order to conduct a search of a computer. Other rulings, however, suggest that if the warrant does not specifically permit the search of computers, the police should seek a new authorization, and demonstrate to a judge the need to examine it. The Supreme Court of Canada has not yet settled this debate.

There is a never-ending clash between the privacy rights of Canadians and the needs of society for effective and efficient investigation of criminal activities. If the balance is too strongly in favour of individual privacy rights, law enforcement and police investigations will be thwarted and the safety and security of all members of society will be jeopardized. On the other hand, if the balance tilts too far in favour of police and similar agencies, Canadians will quickly find themselves living in a virtual police state with no privacy from government intrusion.

Through such means as the constitutional protections of the Canadian Charter of Rights and Freedoms, the courts in Canada have been able to strike a relatively fair and effective compromise between those competing interests. The result is that Canadians continue to enjoy a basic expectation of privacy and protection from government snooping, even as police and other state authorities are able to conduct investigations and carry out their other duties in accordance with the law.