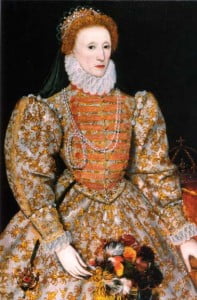 In early December 2008, the situation for Stephen Harper’s second government appeared dire. Although he had won the election of October 14, Canadians gave his Conservatives only a minority government. Now, in the few short days since he had convened Parliament, he had so angered the opposition parties that it appeared they might combine forces and defeat his government in a vote in the House of Commons. While Harper would then have the option of requiring another election in an effort to win a renewed mandate from Canadians, the opposition was talking of forming a coalition government to replace the Conservatives.

In order to avoid defeat, and the possible loss of power, Harper resorted to a somewhat novel instrument: he asked the Governor General to prorogue Parliament.

The Governor General agreed to his request and issued a proclamation accordingly.

The first session of Canada’s 40th Parliament ended only 13 days after it began. Only once before in Canadian history had a Prime Minister asked for prorogation in an effort to avoid facing humiliation as a result of a Commons vote. Despite the rarity of such a move, however, in a sense prorogation on this occasion was quite consistent with its original use by the sovereign. In centuries past, the king (and occasionally a queen) had prorogued Parliament for similar reasons as lay behind Mr. Harper’s request: to avoid the inconvenience and cost of another election while also avoiding the embarrassment of – and possible defeat in – continued parliamentary proceedings.

The history and evolution of prorogation can only be properly understood if the roots of the existence of parliament itself are first confirmed. Historically, a parliament could only meet in accordance with the wishes of the sovereign. Any particular parliament was only considered to exist, in law and in political practice, if it had first been summoned by the king or queen. He or she also had the power to dissolve that body. Dissolution would then require an election for new members of parliament. Where the king or queen wished to avoid the expense and effort of having an election, however, he or she could also suspend the operations of a parliament through the use of prorogation. Unlike adjournment of a House of Parliament (decisions to adjourn are made by each House as it sees fit), prorogation wipes clean the legislative agenda causing any bills still before a parliament to die without becoming law. Once prorogued, a parliament may not reconvene until summoned back by the sovereign.

The history of the British monarchy is generally one of increasing restrictions upon the powers of the Crown. The sovereign was originally considered to be barely less than a god, and he was afforded – or claimed – broad and unrestrained powers as such. Over the centuries, however, the powers and authority of the Crown have gradually been reduced as the rights of individuals and the influences of democracy have increased. One of the instruments of increasing democratic power – and the concordant restrictions of the powers of the monarch – was parliament. As parliament’s powers expanded, it was usually at the expense of those enjoyed by the king or queen. Once monarchs were forced to accept the wishes of parliamentarians acting on behalf of the people, they would often try to find ways to limit the activities of parliament. Over the course of history, prorogation has provided one means by which the sovereign could avoid or lessen the encroachment upon his or her powers even as he or she tried to portray an image of respecting the will of the people.

The Tudors made frequent use of prorogation as a means of controlling parliament. Henry VII considered parliament to be little more than a necessary “rubber stamp”. He used his powers of summons and prorogation to call elected officials together just long enough to obtain their votes approving his policies and spending habits, following which they would be immediately sent away again until he needed them back for another round of voting in parliament. His descendants continued this practice. Queen Elizabeth I prorogued her second Parliament for what might have been acceptable reasons: the plague was rampant in England at the time, and this played a role in her exercise of this power on six different occasions.

However, she increased her use of this authority with later parliaments. She prorogued her fourth Parliament no fewer than 26 times over its 11 year life-span. In 1581, she prorogued Parliament but did not dissolve it until two years later (in the present era, prorogations are usually for only a few days or sometimes a few months at most. When a general election is to be held, parliament is now usually prorogued and dissolved on the same day).

Even after the restoration of the monarchy following the English Civil War and the times of Oliver Cromwell, prorogation continued to be a favoured means of trying to keep parliament subservient to the Crown. After the coronation of Charles II in 1660, the House of Commons was less willing to accept royal direction and control. One area in which it sought to exercise its authority was in the selection of the Speaker. While the monarch had never before exercised his power to reject the choice of the Speaker, King Charles did so in 1679. This led to a controversy as to whether he could properly ignore and override the decision of elected Members of Parliament. The Commons confirmed its choice for the position and insisted that Charles agree, but instead he prorogued Parliament for two days. Precisely how the crisis was resolved seems lost in the mists of history, but presumably over that two-day period, representatives of the King and the Commons negotiated, for when Parliament was reconvened, a standard direction to choose a Speaker was issued, a new name was put forward and accepted by the king, and parliamentary business resumed.

Until 1854, a parliament was prorogued by the king or queen in person. Since that year, however, the sovereign has issued a commission (in the United Kingdom) which is read in the House of Lords.

Until 1983, the process of proroguing the Canadian Parliament usually involved the Governor General or her deputy reading a short speech in the Senate Chamber reviewing the accomplishments of that parliamentary session. The proclamation of prorogation would then issue, and members of parliament would be informed of the date when they would be expected to return for the next session. If a lengthy prorogation was proclaimed, MP’s would not return to the House of Commons but instead disperse to their other duties or vacation. On some occasions, prorogation was literally only a few hours long – the proclamation was made in the morning and parliament was reconvened later the same day. Since 1983, however, prorogation has been a much less formal affair and usually takes place without the customary speech or even the Governor General’s attendance on Parliament Hill. (On December 4, 2009, Stephen Harper had his Minister of Justice read the proclamation of prorogation in the House of Commons.)

The most common use of prorogation in current times is to allow the government to re-cast its plans and agenda once it feels it has accomplished enough of its goals from the current session. It will then prorogue Parliament and set a new agenda through a new Speech from the Throne. An example of this situation arose from one of the most historic elections in the recent past. In 1988, Brian Mulroney’s Free Trade Agreement was stalled in Parliament by the Liberals who demanded that an election be held before the legislation was voted upon. Mulroney asked the Governor General to dissolve Parliament and then won a large majority of seats in the November general election. He caused Parliament to be convened on December 12, 1988 for the sole purpose of passing the necessary legislation to implement the Agreement prior to the end of the year. Both Houses of Parliament approved of the legislation, and Parliament then adjourned to late February, 1989. However, the Conservatives needed more time to organize their government and policies so Mulroney asked the Governor General to prorogue Parliament for another month until he was ready to face the House of Commons again.

Stephen Harper was not the first Prime Minister to resort to prorogation in an effort to avoid parliamentary humiliation – and possible defeat in a Commons vote.

In 1873, Sir John A. MacDonald and his Conservative government were the subject of investigation by a parliamentary committee looking into the scandal surrounding the financing of the Canadian Pacific Railway and bribes being taken by various government ministers and others. In an effort to thwart the investigation – and to avoid losing a critical vote in the House of Commons – MacDonald requested that the Governor General prorogue Parliament. This would have the effect of halting the investigation since parliamentary committees may not sit or act while Parliament is prorogued. The Governor General agreed to this request and the Conservatives obtained at least a short reprieve. When Parliament reconvened ten weeks later, however, MacDonald was censured by the House of Commons. He resigned and the Liberals won the election which then followed. (In 1997, British Prime Minister John Major similarly avoided publication of an embarrassing report on a scandal involving bribes being paid to members of his government by proroguing Parliament.)

As is the case with so much of our parliamentary procedure and political practice, the use of prorogation is the subject of unwritten traditions and conventions. When faced with an unusual request for prorogation – as was the case in late 2008 – the Governor General must rely upon the advice of political and constitutional legal experts and then make her decision in accordance with parliamentary traditions and democratic values. Such situations present themselves only rarely, but when they do arise, we find ourselves connected in a very real and meaningful sense to our history and the practices of long ago.

Makesines, The Theory and Practice of the Dissolution of Parliament (1972)