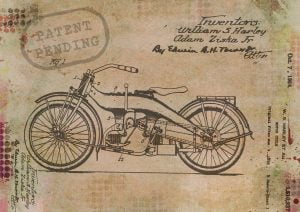 The million-dollar idea. It’s the holy grail of inventorship, the kind of thing that inventors and entrepreneurs spend their careers pursuing. But those that do manage to turn their efforts into a golden idea are often confronted with an uncomfortable reality: leveraging that invention for a profit is often just as hard, if not harder, than coming up with the invention in the first place. As an intellectual property lawyer, I’m well aware of how daunting the task of commercializing a new invention can seem. Even worse, inexperienced parties venturing into this field for the first time often fall victim to a set of all too common mistakes. In this article, I’ve attempted to distill some of the key lessons I’ve learned from past client interactions, presentations and dinner party conversations with would-be inventors into three overarching tips on how to make the most of your million-dollar idea.

We’ve all heard the proverb before. While it almost certainly wasn’t written with an eye towards intellectual property law, it is still surprisingly good advice for anyone with a promising idea. The first impulse most people have when they come up with a great idea is to tell someone about it. Unfortunately, this is usually the worst thing they can do, for a number of reasons.

There is a good reason that Coca-Cola never patented their recipe.First, just because an idea is yours, it doesn’t necessarily mean you have the right to stop someone else from using it. The law draws a sharp line between “ideas” and “inventions”. An “idea” is a loose thought or concept, whereas an “invention” is a product or process that is well defined enough as to be actual built or used to solve a problem. Often, when someone thinks they have come up with a great concept, all they have is a mere idea. For example, if an inventor came up with the concept of recycling the heat from engine exhaust and using it to reheat a car, this would most likely qualify as a mere idea. The idea is the problem which could be solved, and the general method of solving it. The invention would be the tangible steps involved in the solution. Unfortunately, the law generally doesn’t afford protection for mere ideas. If the inventor were to disclose this idea to a third party, there would likely be nothing stopping that person from taking the idea for themselves.

Second, even if you do have an invention, disclosing it can actually prevent you from eventually obtaining rights. For any inventor, one of the main options available to stop other from using their invention is to obtain a patent (more on that in tip number three). Unfortunately, one of the criteria for obtaining a patent is that the invention cannot have been publicly disclosed. In Canada and the United States, an inventor has only 1 year from the date of disclosure to file a patent before the invention is lost forever. Most other countries in the world do not even afford this slight leniency, and in those countries and disclosure prior to patent filing can be fatal.

A Canadian patent only prevents third parties from making, using or selling the invention in Canada. Finally, and perhaps most importantly, secrecy is often the best and most powerful tool available for the protection of an invention. Some of the most valuable inventions in history, including the recipes for both Coca-Cola and Kentucky Fried Chicken, have utilized secrecy as their primary means of protection.

In short, if you have a good idea, keeping it a secret is usually your best course of action.

Surprisingly, one of the most overlooked steps by inventors is asking the simple question: “How am I going to use this invention to make money?” Many inventors operate under the misguided assumption that once they have arrived at a great idea, someone will come out of nowhere and pay them handsomely for it. More often than not, this isn’t the case. Instead, investors are far more likely to invest in a product with a well thought out business plan and a clear path to return on investment.

A lot of goes into developing a good business plan: identifying markets, evaluating potential competitors, projecting revenues, to name a few. Having said that, one issue that should be central to your analysis is identifying what your invention really is.

Upon first read, this may seem like an incredibly silly question. After all, how could an inventor not know what their invention is? In reality, very few are able to properly answer this question. While inventors often focus on the specific product or process they have developed, what they have actually invented may in fact be quite a bit broader than that. For example, a hockey stick manufacturer who has developed a revolutionary new hockey stick will typically view the hockey stick in its entirety as his or her “invention”. After all, that is the product they’re trying to market. However, when pressed about what actually makes their product so different, they will usually be able to narrow things down to one or more particularly innovative features. It may be that the stick is made of a new material, in which case the invention is best viewed as the new material, which may have applications completely unrelated to hockey. Alternatively, it could be that new shape of shaft and a new method of manufacturing the stick blade were used to develop a stick with a more effective flex. In this case the invention could be the new shaft, the new blade, the method for manufacturing the blade, or all three.

Unfortunately, one of the criteria for obtaining a patent is that the invention cannot have been publicly disclosed. In Canada and the United States, an inventor has only 1 year from the date of disclosure to file a patent before the invention is lost forever. Ultimately, when attempting to hone in on the true invention, the key is to analyze the problem that the invention is trying to solve, the pre-existing solutions to the problem, and what is new and innovative about the solution that was developed. When approaching the problem in this way, most inventors walk away with a more broad and robust view of their own invention, which usually leads to greater business options.

To patent or not to patent?

A patent is essentially a legal document describing an invention which can be filed by an inventor which grants the inventor the right to stop others from making, using or selling the patented invention for a period of 20 years. In short, patents provide some of the broadest rights available for inventors. For that reason, they have become almost synonymous with commercialization, and many first time inventors can’t imagine another route to business success. While it’s true that patents are a great option in the right circumstances, they shouldn’t be viewed as a one size fits all solution for every invention. When deciding whether or not to pursue a patent, an inventor should at the very least keep in mind the following three factors.

Ultimately, the tips I have provided are broad statements based on my experience, but cannot replace legal advice tailored to your situation. I would strongly advise anyone considering technology commercialization to arrange a meeting with a lawyer and discuss the best course of action for them. Having said that, hopefully this information can help you avoid common mistakes, make good decisions, and make the most of your next great idea.

Francisco Marquez-Stricker is Legal Counsel at the University of Alberta’s Research Services Offices.