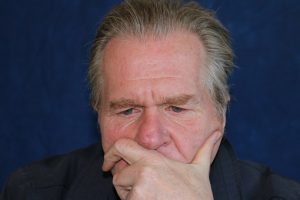 Canadian law recognizes  different states of mind for decision-makers in various situations.  Police officers and others engaged in an investigation are authorized to act where they have “reasonable grounds to believe” an offence has been committed and a particular person may be guilty. In some situations, the standard is even lower. For example, a police officer may demand a breath sample from a vehicle driver where the officer has a “reasonable suspicion” that the driver has consumed alcohol.

The sentencing judge must be “sure” the offence includes the aggravating factor before he or she can rely upon that factor to increase the sentence to be imposed upon the offender.The highest “standard of proof” under our law is reserved for decision- making in criminal cases.  Although lower standards sometimes apply to  questions which are not at the very center of the dispute, upon the final and most important issue – that is, whether the Crown has proven the accused person is guilty of committing an offence – nothing less than “proof beyond a reasonable doubt” will do.  As our judges tell juries every day, this means that the decision-maker must ultimately be sure that the accused is guilty before he or she can be convicted of a crime.

These two concepts form the most fundamental pillars of our criminal decision-making process: that the Crown bears the onus of proving its case and that the onus is high: proof beyond a reasonable doubt.  These are tied to a third essential principle: that the accused is presumed by law to be innocent, and does not have to testify, call any other witnesses to testify, or prove anything at all.

The reason for these principles is because of the high value our society places upon individual freedom. Someone who is charged with committing a criminal offence stands in jeopardy of losing their freedom and liberty. Historically, conviction of a crime almost always meant imprisonment, and sometimes worse!

In more modern times, even where a convicted person is not sent to jail, a finding of guilt almost invariably brings restrictions on freedom, even if only in the form of an order to pay a fine, or by way of a probation order placing the accused under supervision. Conviction also usually leads to a criminal record, and other orders being made against the offender. Depending on the crime, these can include prohibitions on driving and handling weapons, and a requirement to provide DNA for the national forensic data bank. In the case of sexual offenders, they may have to register with the police annually and obey various restrictions on their activities, whereabouts and contacts with other persons, especially children.  So, only where an independent decision-maker (a judge or jury in court) is left sure that we are guilty of the crime alleged, can we be punished and our freedom restricted or removed.

..the law requires that before the Crown can make use in court of something the accused has said to a person in authority over him (a police investigator, a prison guard, and so on) the Crown must prove beyond a reasonable doubt that the decision of the accused to provide a statement was a voluntary one. Judges have long struggled with how best to explain the concept of “proof beyond a reasonable doubt” to jurors. In times past they would equate this standard to ideas such as “moral certainty”, but in the case of R. v. Lifchus in 1997, the Supreme Court of Canada ruled that such wording should not be used because different jurors might give different meanings to the idea of a “moral certainty”. The Court rejected virtually all of the other, traditional ways of explaining the concept of “proof beyond a reasonable doubt” to juries, and formulated a new way to tell juries how to use this standard.

The Supreme Court directed that jurors should be told that a “reasonable doubt” is not a frivolous or imaginary doubt.  It is not a doubt which a juror might conjure up as a result of sympathy towards, or prejudice against, the accused or anyone else involved in the case.  A “reasonable” doubt is a doubt which arises from reason or logic or common sense. It can be based in the evidence presented, or it can arise from the lack of evidence on a particular point, or in the case overall. Jurors are to be reminded that the Crown need not prove its case to an “absolute” certainty, as almost nothing in the daily lives of human beings can meet this unattainable standard. However, in the spectrum of decision-making, proof beyond a reasonable doubt will be closer to the very high level of “absolute certainty” than mere probabilities.

At the end of the decision-making process, the judge or the jury  can only find the accused person guilty of an offence if they are “sure” he or she committed the crime alleged. Nothing less than being “sure” will do: being suspicious, or thinking the accused “likely” or “probably” committed the offence is not enough, and a judge or jury which only reaches this level of certainty will be duty bound to find the accused “not guilty”.

Proof beyond a reasonable doubt is the standard applied to the decision about guilt or innocence.  Most other decisions which must be made by a court in the process of deciding whether the Crown has proven the guilt of the accused are not subject to the same very high standard.  However, there are a few other situations in which the same very high level of proof must be met by the Crown. One of these is in relation to the use of anything an accused person has said to state officials or any other person in authority. This, too, is rooted in our high value for human liberty.

A “reasonable” doubt is a doubt which arises from reason or logic or common sense.In order to ensure that the state does not improperly force a suspect to speak, the law requires that before the Crown can make use in court of something the accused has said to a person in authority over him (a police investigator, a prison guard, and so on) the Crown must prove beyond a reasonable doubt that the  accused made the statement:

The Crown must also prove the accused had an “operating mind” at the time he or she spoke.  Someone who is under the influence of drugs or alcohol at the time of speaking to the police may, for example, be found to not have understood the option of remaining silent or the results of speaking.

Finally, the Crown must prove beyond a reasonable doubt that the general setting and circumstances of the accused were not unduly harsh or “oppressive”. Our law recognizes that if individuals are subjected to conditions which are unpleasant enough, that alone might undermine their free will when it comes to deciding whether to speak to the police. For example, someone who has been deprived of food or water or sleep for many hours may decide to speak to the police in the hope of being freed from those conditions and either released, or at least housed in more humane surroundings. These are factors that may leave a judge in doubt about the truly free and voluntary nature of the decision to talk to the police. Where the Crown cannot provide proof which leaves the judge “sure” the accused gave a statement voluntarily, evidence of what the accused said will not be allowed in court. This right exists through the entire process until the end of the trial. Just as a suspect has the right to refuse to answer police questions or to assist the investigation, he or she has the continuing right to remain silent during the court proceedings and does not have to call evidence or testify at trial.

These two concepts form the most fundamental pillars of our criminal decision-making process: that the Crown bears the onus of proving its case and that the onus is high: proof beyond a reasonable doubt.  The other common situation where the Crown must prove a point beyond a reasonable doubt is where some aspect of the criminal offence is considered to make the crime especially serious, and therefore worthy of a more severe sentence. Such additional elements are called “aggravating factors”. Because they are likely to increase the severity of the punishment for the accused, like the concept of guilt itself, they must be proven beyond a reasonable doubt. The sentencing judges must be “sure” the offence includes the aggravating factor before they can rely upon that factor to increase the sentence for the offender.

Some examples may help to illustrate this point.

It is considered an assault to touch another person without their consent.  However, the crime of assault covers a wide variety of conduct.  A deliberate brushing against, or pat with a hand, by one person upon another is a very minor form of assault, while repeated deliberate, forceful punches is a more serious form of the same crime. Sometimes, an accused will admit to a less serious form of assault, while the Crown alleges something more significant. The Crown must prove to the sentencing judge that the more serious form of the offence took place if it seeks a more severe sentence. If the judge is not “sure” the more serious misconduct took place, the sentence imposed cannot reflect that aspect of the allegations.

Only where an independent decision-maker (a judge or jury in court) is left sure that we are guilty of the crime alleged, can we be punished and our freedom restricted or removed.

Another example concerns theft. While it is always wrong to take the property of another person, if the thief was entrusted by the owner with special responsibilities regarding the property, the crime will be considered more significant and the punishment is likely to be more severe. Thus, employees who steal from their employers are usually sentenced more harshly than someone not in that special position of trust. If the accused does not admit to being in a position of trust, the Crown must prove this beyond a reasonable doubt. If it cannot do so, the punishment will be less severe than if the aggravating factor was proven.

In all of these situations:

the law demands “proof beyond a reasonable doubt”. The common element: the state is attempting to obtain a result which is significantly contrary to the interests of the individual. Because our society places the highest value upon individual freedom and liberty of its citizens, in each of these situations the Crown must prove its case to the highest standard known to our law: proof beyond a reasonable doubt.