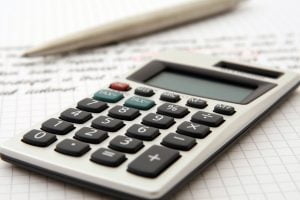 Since the introduction of the Federal Child Support Guidelines (FCSG) in 1997, custody arrangements have affected child support obligations for Canadian parents. The greatest flexibility applies to “shared custody” situations. Under the FCSG, a child is in shared custody where each parent “exercises a right of access to, or has physical custody of” the child at least 40% of the time over the course of a year.

In some cases, CRA permitted parents in shared custody arrangements to alternate which of them would receive these benefits over the course of the year. In other cases, the parents agreed on which of them would claim these benefits. As many were, and are, income-tested, directing all benefits to the lower-income parent often resulted in the family receiving significantly greater total benefits for a child.

Effective July 2011, the ITA caught up. It provided that each “shared-custody parent” would be entitled to 50% of the child-related benefits they would have been eligible for had the child been in their sole custody. However, the ITA did not adopt the FCSG definition of “shared custody”. Instead the ITA required that:

Typically, the “qualified dependant” is a child, but the term can also apply to other dependants.

The issue here is what “equal or near-equal basis” means.

The Canada Revenue Agency (CRA) interpreted the term “equal or near-equal” consistently with the FCSG, although their publications did not refer to percentages. One example provided was a child residing with one parent three days a week and the other four days a week (so about 43% and 57%). Many people assumed that the same 40% minimum time applied for these purposes, and that basis seemed to be adopted in some Tax Court cases. No Tax Court decision accepted a percentage less than 40% as meeting the requirements for “shared custody”.

However, in two decisions released on March 27, 2019 (Lavrinenko v The Queen, 2019 FCA 51 and Morrissey v The Queen, 2019 FCA 56), the Federal Court of Appeal ruled that the ITA definition was not the same as the FCSG. Rather, the Court concluded that the ITA required a more equal basis, while acknowledging that a precise quantification was not realistic. The Court’s analysis suggested that equal or near-equal custody required that the child reside with each parent at least 45% of the time.

This created significant uncertainty. Parents with custody arrangements meeting the FCSG test (40% minimum) had relied on that rule also applying to benefit entitlements and, in some cases, had created child support agreements relying on sharing these benefits.

On August 29, 2019, the Department of Finance released draft legislation amending the ITA’s definition of “shared-custody parent” to align the ITA rules with the FCSG rules. It set the minimum requirement at 40% custody by each parent. The proposed legislation also allows for parents to reside with the child on an “approximately equal basis”. This was stated to provide flexibility where the child generally resides with each parent in the 40% to 60% range and the parents try to reside with the child on as near an equal basis as possible, but this does not occur in a particular month due to unusual circumstances.  Examples such as illness or summer vacation schedules causing a split of 38% to 62% in a particular month were provided.

The ability to split benefits related to children does not extend to credits for an “eligible dependant” for income tax purposes.The proposal’s stated intent is to ensure that CRA’s current administrative practice is supported in law, with no change to the benefit payments any family is currently receiving in accordance with CRA’s interpretations.

Of course, the government was not in session when this draft legislation was released and was, at the time this article was written, engaged in an election campaign. The draft legislation is to be retroactive to July 2011 – the start of the ability to split these benefits between shared-custody parents. Hopefully, the legislation will be implemented in the fairly near future.

The ability to split benefits related to children does not extend to credits for an “eligible dependant” for income tax purposes. The child of a single parent is a common individual for whom this credit is available. The credit requires the taxpayer meet the following criteria at some time in the taxation year:

Because the tests can be met at any time in the year, the credit is available in the year of separation.

For shared custody arrangements, both parents would normally qualify to claim each child. However, two restrictions can cause issues:

On August 29, 2019, the Department of Finance released draft legislation amending the ITA’s definition of “shared-custody parent” to align the ITA rules with the FCSG rules.The Tax Court has generally held that only the parent required to make a payment (the mother, in the example above) is required to pay support. As such, only the parent receiving support payments may claim the eligible dependant credit for any of the children. In some cases, where the support amounts are different from the FCSG amounts, the Tax Court has ruled that both parents are required to pay child support, so either may claim credits for the children. For example, in a 2017 Tax Court decision (Lawson vs. The Queen, 2017 TCC 131), the FCSG amounts payable by the taxpayer to his former spouse were set off against support payments required from the former spouse in respect of travel costs incurred by the taxpayer in order to facilitate the shared custody arrangement. The courts look closely at the terms of the support obligation in making such determinations.

Availability of income tax benefits for children of former spouses can become complex. The above addresses only a few commonly available tax benefits. These issues should be considered in negotiating arrangements between the parents to avoid future disputes. Unfortunately, this often requires additional professional advice, adding further costs and stress to an already unfortunate situation.