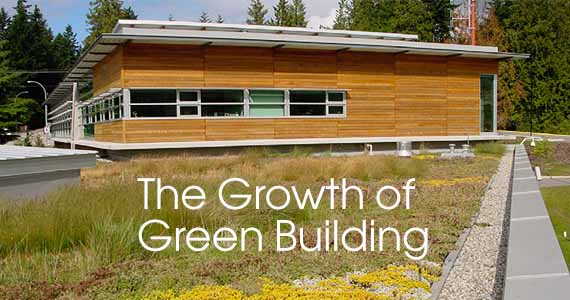 Even if you’re not directly involved in the construction industry, chances are good you’ve heard in recent years about a renewed interest in more environmentally sustainable buildings. Since the 1990s, there has been new attention given to “green” approaches to design and construction, resulting in over 4000 LEED-registered projects in Canada since 2002 – and unfortunately also resulting in a somewhat muddied regulatory environment.

In response to the variation in minimum energy efficiency standards, a range of third-party assessment tools have been developed over the last two decades in an attempt to verify or standardize the performance measures associated with green buildings. The most well-known, LEED (Leadership in Energy and Environmental Design) is administered by the Canada Green Building Council (CaGBC). It is based on earlier American versions developed by the U.S. Green Building Council, and has had a high level of uptake particularly on commercial and institutional buildings. The rating system is based on a points approach across a number of categories, addressing site sustainability, water use, energy efficiency, material use, and indoor environmental quality. LEED rating systems have also been developed specifically for a number of project types, including new construction, building shell spaces, commercial interiors, homes, and entire neighbourhoods. Other key rating systems have also seen increased engagement in recent years, including:

Many Canadian municipalities, including Edmonton and Calgary, have a requirement for new city-owned buildings to meet the standards for some level of LEED certification under the CaGBC – which is an effective approach to improving building performance in cases where the municipality is acting as the client. This position allows them to hold design consultants and contractors responsible for the achievement of a given standard under the terms of their contracts. But what is being done to raise the expectation for green building more broadly? Arguably, the challenge is to extend a higher performance and efficiency standard to as wide a scope as possible, which would inevitably include raising the calibre of private development as well.

One aspect of sustainable building strategy, green – or vegetated – roofs, has been embraced wholeheartedly by the City of Toronto, as it strives to position itself as a global leader in this area. The first in North America to do so, the City enacted a bylaw in 2009 requiring the construction of green roofs on all new developments. There are many arguments in favour of a move like this: according to a City of Toronto Policy and Finance Committee report (Report 1, Clause 20, January 31, February 1 and 2, 2006), “8 percent green roof coverage can result in an estimated $34 million in direct and urban heat island related annual energy savings and a onetime energy cost savings of over $148 million”, recommending that the City “recognize that green roofs hold the potential to mitigate impacts on stormwater quality and quantity, improve buildings’ energy efficiency, reduce the urban heat island effect, improve air quality and additionally, beautify the City.” Depending on the size of a project, most new commercial, institutional, and residential developments in the City are now required to incorporate between 20 and 60 percent vegetated roof coverage. Although the Building Code Act generally prohibits municipal bylaws from exceeding the requirements of the provincial building code, the specific authority to require green roofs on new private development was granted under the City of Toronto Act (2006).

Similarly, the City of Vancouver Charter (passed in 1953) grants different powers to the City than those typical under the British Columbia Municipalities Act – allowing Vancouver to enact its own Building Bylaw as an alternative to the National and Provincial Building Codes. This bylaw holds single family residences and multi-family/commercial developments to a higher standard of sustainability performance than would otherwise be required by the British Columbia Building Code or the related National Energy Code for Buildings. Commercial-scale developments (those requiring professional involvement in the design and engineering) are additionally required to submit energy performance calculations demonstrating the project’s adherence to specific ASHRAE1 standards in order to receive a building permit, and must also demonstrate that the construction has been in accordance with the proposed design in order to pass final inspection for occupancy permits. The ability to adopt this Building Bylaw has also allowed the city to be progressive in other areas, including requirements for barrier-free accessibility, sprinklering for fire protection, and higher standards for building envelope performance, the latter at least partially in response to the ‘Leaky Condo’ crisis in the 1990s. Clearly, in the cases of Toronto and Vancouver, legislation granting these municipalities rights to enact standards above and beyond the provincial building codes has resulted in more vigorous adoption of green building and other progressive initiatives. 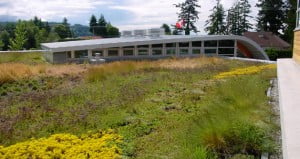 But what about cities that are not empowered by such extended rights through legislation such as city charters? With limited authority to require additional standards over and above the requirements set out in the provincial building code, many municipalities are understandably hesitant to make any green building standards mandatory for third-party builders. But there are several options available to them within the bounds of their authority.

Some municipalities, including Strathcona County, just east of Edmonton, are experimenting with including green building criteria in the zoning requirements for certain sites. This strategy may include a requirement for a specific level of environmental performance being embedded in the permitted land uses for the property, either drawing on a third-party certification system such as LEED or Built Green, or using a checklist the municipality has developed internally for the purpose. In Strathcona County’s case, these initiatives are focused around a number of specific development areas, or “villages,” which demand special attention to environmental sustainability, rather than as an across-the-board measure applying to the entire municipality.

Another strategy being employed is to request that developers set their own targets for sustainable performance as part of expanded design consultation processes taking place at the development permit stage. This can include consultation requirements through organizations such as the Edmonton Design Committee or Strathcona County’s SUN (Sustainable Urban Neighbourhoods) Committee, where advance approval of the design is an additional requirement applying to certain sites or areas of the city. In this approach, it seems that while the targets set are often based on existing rating systems such as LEED or Built Green, performance tends to be self-reported by the design and construction team. This is known as a “shadowing” approach to these certification systems, which appears, at least in the Alberta capital region, to have a higher level of uptake than a voluntary pursuit of third-party certification.

Some cities are trading extra density successfully as a benefit to developers who choose to meet a higher standard than that required by the governing standard. In the development of new high-density neighbourhoods in Vancouver, the City has offered extra building height (and therefore additional lucrative saleable area) at the development permit stage to developers who commit to exceeding the energy performance requirements of the Vancouver Building Bylaw. This strategy can result not only in better-performing individual buildings, but also in additional urban density in largely walkable neighbourhoods, which contributes to sustainability through infrastructural efficiency and reduces energy devoted to transportation by residents.

Other strategies that are available to municipalities, and are being explored across North America, include:

It appears that requirements for performance on new developments are more robust and enforceable when tied to the Building Permit stage of approval, rather than the Development Permit, simply because they fall within an existing inspection structure that happens throughout the construction process and occupancy permit approval stages – not only in the planning phases. This only seems possible, however, when the municipalities are granted power to enforce requirements over and above the provincial building codes, as in the case of Canada’s few charter cities.

More generally, hope for a higher performance standard being broadly adopted in the future seems to lie either in better association between the national and provincial building codes and the standards within the National Energy Code for Buildings, or in a significant increase in market demand for a higher level of performance from the buildings that house us.

1. American Society of Heating, Refrigerating, and Air-Conditioning Engineers; their standards are commonly referred to by engineers across North America.

Thanks to Sharp & Diamond Landscape Architecture for permission to use these photographs.

Tai Ziola is an architect and principal of newstudio architecture, an Edmonton firm specializing in community projects, sustainable design, and design innovation. She has been a LEED® Accredited Professional since 2004.