You are here: Home / Feature Articles / 43-2: Legal Weed / The Legalization and Regulation of Cannabis in Canada
Reading Time: 5 minutes 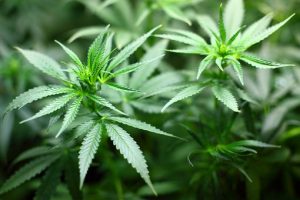 First, the challenge:  Cannabis use is widespread in our society. Canadians, and particularly young Canadians, are using cannabis at some of the highest rates in the world. According to the 2015 Canadian Tobacco, Alcohol and Drugs Survey, the prevalence of past-year cannabis use was 21 per cent among youth aged 15 to 19; just under 30 per cent among young adults aged 20 to 24; and 10 per cent among adults over the age of 25. The evidence is clear that young Canadians are currently consuming cannabis at alarming rates.

There are well known risks associated with cannabis use.  This is particularly so for younger Canadians when the drug is consumed frequently and intensively. There is evidence that frequent and heavy use of cannabis can affect brain development in children and adolescents.

Beyond the health risks associated with cannabis, the criminalization of this drug results in tens of thousands of criminal records each year, which can have long-term consequences for Canadians, including stigmatization, marginalization and restricted employment opportunities.

While possession of up to 30 grams of cannabis is legal, there are still penalties for possessing significant amounts of cannabis, as well as for trafficking and distributing illegally. Criminalization of cannabis has also contributed significantly to high costs and backlogs in the criminal justice system. More than half of all reported drug offences were cannabis related. In 2016, this amounted to nearly 55,000 offences reported to police. The majority of these offences —81 per cent — were possession offences.

Prior to legalization, 100% of non-medical cannabis was provided by an illegal market worth between $6 billion and $7 billion.  These drugs were, and remain, untested for potency or contaminants.

It was for all of these reasons that Bill C-45, an Act respecting Cannabis and to amend the Controlled Drug and Substances Act, was introduced. The Bill was passed by the House of Commons and Senate and became law on October 17, 2018. It is now known as the Cannabis Act.

The Cannabis Act creates a legal framework where adults can access legal cannabis through an appropriate retail framework sourced from a well-regulated industry or grown in limited amounts at home. The Act is divided into four main themes: consumption, production, distribution, and penalties.

Producers of legal, regulated cannabis must obtain a license from Health Canada and are held to rigorous standards to ensure that all legal cannabis is of the highest quality and safe to consume. First, consumption. Anyone who is 18 years or older is permitted to legally possess 30 grams of legal dried cannabis or its equivalent for different classes of cannabis while in public. They can also legally share up to 30 grams of legal dried cannabis or its equivalent with other adults. Provinces have the ability to raise the minimum age of access, but cannot lower it. All forms of cannabis are legal with the exception of edibles, which will become legal within one year.

However, under the Cannabis Act, young people between the ages of 12 and 18 are exempted from criminal prosecution if they are caught with fewer than five grams in their possession. If they are caught with more than five grams, they are dealt with under the provisions of the Youth Criminal Justice Act, which emphasizes community-based responses, rehabilitation and reintegration as opposed to criminalization.

While the five gram allowance is in place at the federal level, the provinces and territories are allowed to prohibit possession of any amount of cannabis by young people and can impose penalties such as fines, seizure of cannabis, or rehabilitative measures instead of harsher sentences. All of them have done this.

The Act creates a new criminal offence for adults who give cannabis to a young person.This approach provides police with the authority to seize cannabis from young people, while at the same time not rendering them liable to criminal sanctions that could negatively impact their future.

Second, production. Under the legislation, the federal, provincial and territorial governments all share in the responsibility for overseeing the new system. Federal responsibilities include overseeing the production and manufacturing components of the cannabis framework and setting industry-wide rules and standards.

Producers of legal, regulated cannabis must obtain a license from Health Canada and are held to rigorous standards to ensure that all legal cannabis is of the highest quality and safe to consume.

The Act is divided into four main themes: consumption, production, distribution, and penalties.Anyone who has not been granted a license from the federal government is not permitted to grow cannabis for the purpose of distributing it. However, in all provinces but two – Manitoba and Quebec – individuals are allowed to grow up to four plants per household for their own consumption.

Third, distribution. It is the responsibility of the provinces and territories to set up a distribution model. To date, all provinces except for Ontario and Nunavut have operating stores. Each distribution model differs according to province. Ontario will issue licenses to private retailers, while Quebec is only allowing government-approved stores to sell cannabis. Alberta has a hybrid system that allows both private retailers and government-issued stores to operate. Regardless of the model, all retailers are only permitted to sell cannabis if they have a license.

In addition, there are strict labelling and advertising rules that prohibit retailers from creating brands that could be misleading about the risks of cannabis or appealing to young people. Provinces and territories are also key partners in the federal government’s efforts to raise public awareness about the risks associated with cannabis use. They recognize that illegal cannabis is widely available and frequently used by young Canadians, and that they must do a better job of providing relevant information about risks and disrupting the illegal market. In doing so, the government is taking an approach of harm reduction.

This approach is complemented by the other protections in the Cannabis Act which serve to protect young people by:

…the criminalization of this drug results in tens of thousands of criminal records each year, which can have long-term consequences for Canadians, including stigmatization, marginalization and restricted employment opportunities.Possession, production, distribution, import, export and sale outside of the legal framework remain illegal and are subject to criminal penalties proportionate to the seriousness of the offence.

Fourth, penalties. While possession of up to 30 grams of cannabis is legal, there are still penalties for possessing significant amounts of cannabis, as well as for trafficking and distributing illegally.

Importantly, the penalties in the Cannabis Act are significantly different from the current Controlled Drugs and Substances Act. First, the offences proposed in the Act are hybrid, as opposed to strictly indictable, without any mandatory minimum penalties, meaning that someone could receive a ticket or could be mandated for rehabilitation. Second, the Act provides a range of penalties, from ticketing for adults who commit minor possession or personal production offences, to a maximum of 14 years of imprisonment for more serious offences.  This removes the possession penalty for cannabis while implementing a strictly regulated framework to protect young people from criminalization and allow adults to consume legal, regulated cannabis.

Tony Dean was appointed to the Senate in 2016 to represent Ontario. He was the sponsor of the Cannabis Act as it made its way through the Senate.