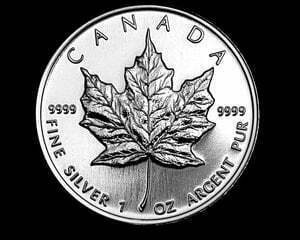 I remember the morning well:  my mother had asked me to bring in the mail, and as I was sorting through it, a bright envelope with the sentence, “You Are A Grande Prize Winner” caught my attention.  My heart leapt; my family just won an astronomical amount of money!  When I showed the envelope to my mother, she shrugged, rolled her eyes, told me it was a scam, and explained to me how it worked.  I recall being really shocked.  How were companies allowed to do that to unsuspecting consumers?  It simply wasn’t right!

It turns out I am not alone in my feelings.  A recent 2012 Supreme Court of Canada case dealt with exactly this issue (Richard v. Time Inc., 2012 SCC 8 (CanLII)).  Mr. Richards, a resident of Quebec, received an “Official Sweepstakes Notification” in his mailbox from a company called T and TCM.  Written in English, the envelope suggested that Mr. Richards had won a cash prize of $833,337 U.S. dollars.  In order to claim the prize, the mailing indicated that the Grand Prize entry had to be returned by a specific date, and if Mr. Richards returned the envelope within five days, he would also qualify for a bonus $100,000 U.S. dollar prize.

Along with the promises of money was some information:  that the winning number had already been selected, and that the holder of that number would receive the Grand Prize by returning the reply coupon by the deadline.  Additionally, if Mr. Richards did not return the reply coupon, the Grand Prize winner would be selected randomly among the eligible entries, and the odds of winning would be 1 in 120 million.

Mr. Richards immediately returned the reply coupon, believing he had won the $833,337 dollars.  He also bought a subscription to Time magazine, which was recommended.  Mr. Richards received his monthly magazines, but the cheque with his Grand Prize failed to arrive.  After contacting T and TCM, Mr. Richards was informed that he had not won any money and worse; he had only been invited to enter a sweepstakes.

In response to receiving no cheque, Mr. Richards filed a motion with the Quebec Superior Court to declare him the winner of the cash prize and to order T and TCM to pay compensatory and punitive damages matching the promised amount.  The Superior Court judgment granted Mr. Richard’s action in part. After contacting T and TCM, Mr. Richards was informed that he had not won any money and worse; he had only been invited to enter a sweepstakes.  The Court found that the letter breached Title II of the Consumer Protection Act of Quebec on prohibited business practice and that the authorized sanctions within the Act were applicable.  Mr. Richards was awarded $1,000 for moral injuries and the quantum damages awarded were $100,000.

T and TCM appealed, and the Court concluded that the company did not violate the Consumer Protection Act.  The Court of Appeal set aside the award of compensatory and punitive damages.  The judgment highlighted that T and TCM did not breach the Act by failing to clearly specify Mr. Richards as the Grand Prize winner; that using a fictitious name as the contact person did not mislead customers about the merchant’s identity; and that there were no false and misleading representations to a consumer with “an average level of intelligence, skepticism and curiosity.”

Included in the general impression test are factors such as ensuring substantial importance is placed on the text, but also to the entire context of the advertisement itself, as well as how the text is actually displayed on the advertisement.  The Supreme Court decided that the definition of “average consumer” as including average intelligence, skepticism and curiosity is inconsistent with how the definition ought to be interpreted in the Consumer Protection Act.  Instead, in order to decide whether an advertisement is reliable, a two-step consideration should occur.  The first step is to describe the general impression that the representation is likely to convey to a trusting consumer. Step two determines whether the general impression of the advertisement is true to reality.  If the answer to step two is no, the merchant has engaged in a prohibitive practice.  The Supreme Court found that T and TCM violated the Consumer Protection Act when it sent its advertisement to Mr. Richards.  In failing to mention particular facts on the advertisement itself, T and TCM misled its consumers.

If these four requirements are met, a contract is formed, and the consumer is permitted to demand a contractual remedy provided in the Consumer Protection Act.

The Supreme Court determined that because Mr. Richards subscribed to Time magazine, this constituted a contract between himself and T and TCM. It concluded that the Superior Court ought to have considered the fact that T and TCM neglected to send the advertisement in both languages, which affected large numbers of French speaking consumers. Therefore, the company committed a civil fault that triggered their extra contractual liability, so the Superior Court ruling of $1,000 for moral injuries was warranted.

Additionally, the Supreme Court ruled that an award of punitive damages was justified, but should be varied.  It concluded that the Superior Court ought to have considered the fact that T and TCM neglected to send the advertisement in both languages, which affected large numbers of French speaking consumers.  In spite of Mr. Richard’s complaints, T and TCM did not bother to take any kind of corrective action to make their advertising clearer or consistent with the Consumer Protection Act.  Therefore, Mr. Richards was granted $15,000 in punitive damages, which was reduced from the initial amount of $100,000.  The Supreme Court reasoned that this amount was sufficient to fulfill the preventative purpose of punitive damages.  Mr. Richards was also entitled to costs in the Superior Court and the Court of Appeal and on a solicitor and client basis in the Supreme Court of Canada.