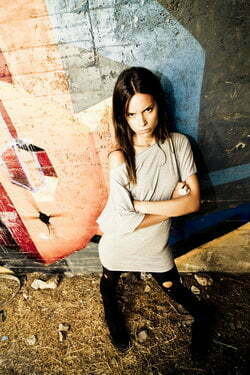 Although nearly everyone has heard the term, “Residential Schools,” it would appear that few really have a proper comprehension of the cruel realities and shame of Canada’s collective history.  With its origins in “civilizing the ‘petits sauvages’” [1] for the purpose of serving as wives and mothers to British Colonists, to the later modification of trying to contain “the problem of indigenous populations,” [1] our First Nations people have been put through the wringer, and the legacy lingers on.

The mandate of the Residential School system was, “Remove.  Isolate.  Assimilate.” [2] Under an umbrella of “coercive recruitment,” [3] and a government motto of “kill the Indian in the child,” [3] First Nations children between the ages of six and sixteen were taken from their homes to live in religious boarding schools. A recent and provocative argument has suggested that the Child Welfare System has become the modernized version of the Residential School System. The government scheme was aggressive and imbalanced, and generally speaking, its plan was achieved.

Whereas the phrase “coercive recruitment” might have left room for interpretation, “apprehension of children” does not.  Once the Residential School system was allegedly abolished in Canada, “Child welfare authorities faced growing caseloads of indigenous youngsters.” [3] A recent and provocative argument has suggested that the child welfare system has become the modernized version of the Residential School System.  It has also been proposed that the child welfare system sought to replace the Residential School system as the preferred method of care for First Nations children because of the idea that these children were neglected by their families and were better off in state care. [4]

A fundamental difference was that by now, First Nations families were in a state of disconnect due to Residential Schools, and this meant that many parents lacked the necessary skills to raise their children. [4] The racism that underpinned the Residential School system had not been abolished alongside the schools themselves.  Instead, many First Nations children ended up back in the state institutions they were supposed to be freed from. [4]

Child welfare services to First Nations people have created conflict between the federal and provincial governments.  The Constitution Act, section 91(24) gave exclusive authority to the federal government to overlook “Indians and lands reserved for Indians.” The racism that underpinned the Residential School system had not been abolished alongside the schools themselves.  Instead, many First Nations children ended up back in the state institutions they were supposed to be freed from. [4] The federal government later enacted the Indian Act to regulate the administration of treaty and status Indians. [5]   Although the Indian Act remained silent on issues of child welfare, it was amended in 1951 to provide for the general application of provincial laws to Indian people insofar as they were inconsistent with the Indian Act itself or any treaties between Indians and the Crown. [6] As of 1951, the provision of provincial child welfare was extended to include First Nations people living on reserves.  The outcome saw the provinces receiving the power to infiltrate jurisdiction that had normally been held by the federal government. [6] It was an overt discharge of responsibility.

When the Alberta child welfare system is examined in the context of the services it provides to First Nations families, it is difficult to see beyond the number of apprehensions that occur.  In fact, it has been suggested that a new scoop of First Nations children is occurring in the form of child seizures. [7] When I worked in Child Welfare Docket Court in Edmonton, it did not go unnoticed that most of the apprehended children and their parents were First Nations. Only nine per cent of Alberta children are aboriginal, yet they account for a staggering 78 per cent of children who have died in foster care since 1999. [8] These numbers demonstrate that the claim of a new scoop is rooted in something solid.  Furthermore, it has been argued that the child welfare system is more damaging than the Residential School system due to the fact that children who are apprehended and placed in care spend even more time in isolation from other First Nations children, which results in a greater sense of vulnerability and cultural harm. [9]

There are echoes of, “Remove – Isolate – Assimilate” in the Alberta child welfare policies that should raise alarm.  More troublesome is that these guidelines are open to interpretation, but the predominant interpretive method is one narrow lens:  the Canadian colonial perspective.  Nuance, cultural understanding, and acceptance of cultural differences does not factor into these decisions.  Because of this, First Nations children are reported disproportionately to other children, and apprehended more often.  When I worked in Child Welfare Docket Court in Edmonton, it did not go unnoticed that most of the apprehended children and their parents were First Nations.  It baffled me: who was doing the reporting?  Why the obvious disproportionality?  Worse, why are so many parents appearing at court, confused and without any sort of official support, other than a First Nations Social Worker?  What appeared missing was any sort of explanation from the province as to why the children were taken, and how the parents could get them back.  That knowledge gap was a direct colonial tactic and a very successful one.  The philosophy is similar to that of the Residential School mandate:  keep impressionable First Nations children away from their families in order to protect them. Nothing promotes the loss of cultural identity more than separation.  Apprehending First Nations children and placing them in predominantly white, Christian homes, seems to perpetuate the mandate of the Residential Schools.

The test used by the courts when considering child apprehensions and placements is the “best interest of the child”. [10] This test often leads to a specific result:  namely, that First Nations children are placed in non-Aboriginal homes. These numbers demonstrate that the claim of a new scoop is rooted in something solid. The focus on a good substitute home, a stable two-parent family, access to good health and educational facilities all but rules out many First Nations families from any chance of qualifying as placement homes for First Nations children. [11]  For instance, many families do not have two parents, and reserves often have inadequate funding structures, which result in substandard infrastructure. [12] It is also unlikely that adequate housing, and access to a hospital and school are a reality for most First Nations families on reserves.

This also affirms that those kept in poverty situations make good targets for child apprehensions by the very government that put them in the poor situation in the first place.  The “best interest of the child” legal standard all but guarantees the removal of First Nations children from their traditional homes into Canadian Christian homes.  The outcome is a stripped identity, a reinforcement of systemic racist practices and continues to exacerbate an already damaged relationship. Until we ask genuinely, “What can we do to fix what we have created?” our chances for reconciliation remain a distant dream.

8. Darcy Henton, “Death of Aboriginal Children in Foster Care is No Fluke of Statistics,” The Edmonton Journal, January 28, 2014.

10.United Nations Human Rights, “In all actions concerning children, whether undertaken by public or private social welfare institutions, courts of law, administrative authorities or legislative bodies, the best interest of the child shall be a primary consideration,” Convention on the Rights of the Child, Article 3.1.

12. See for example: “First Nations housing in dire need of overhaul”, CBC News, Nov. 28, 2011, but one of many articles showing substandard care by government agencies on reserves.