A Website of The Centre for Public Legal Education Alberta
You are here: Home / Special Report / 41-6: Environmental Law / Appealing to Consciousness and Conscience: The Effects of Climate Change on the World’s Most Vulnerable Populations
Reading Time: 6 minutes 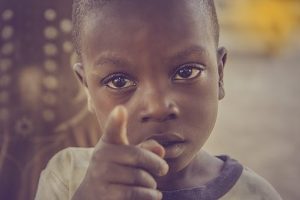 Recently, I have become more attuned to the effects of climate change. The forest fires in Portugal, the declining levels of the salmon that were once abundant in the Atlantic, heat warnings and tornado watches in the Prairies, risk of forest fires in Jasper, Alberta because of the massive pine beetle infestation, and the significant ice surface melt on the Antarctic ice sheet all point to the effects of our changing climate due to global warming.

I am not an expert on climate change, but over the last few weeks, my understanding and appreciation of its effects, particularly on our societies’ most vulnerable has grown considerably. Climate change has been dubbed “the defining (and greatest) challenge of the 21st century”; “the defining moral issue of the century”; “a profound denier of freedom of action and a source of disempowerment”; a threat multiplier for vulnerable populations, and a threat to national security (according to the U.S. and the U.K.).

Indigenous peoples are particularly affected by climate change because of their unique relationship with the environment. Not only are their livelihood and survival at stake, but their culture and practices are also at risk of disappearing. My purpose then is to convey my experience and realizations as I researched this topic. I hope to move my readers into action, even in simple ways: to become part of the solution, and not the problem.

The harsh reality is that the world will be experiencing catastrophic climate events more frequently. Across the globe, sea levels will continue to rise, storms/ typhoons will appear more frequently, intense and sustained droughts and floods will be more common, as will extreme weather events such as tornadoes and heat waves, which now affect one-third of the world’s population.

On a global scale, the effects of climate change vary depending on latitudinal location, and the region’s capacity to adapt. In Northern Canada, a 4°C-5°C temperature increase by the end of the century is projected, causing irreversible changes to ice and snow conditions. Some regions such as Africa and Southeast Asia are more vulnerable because of low capacity to adapt, lack of infrastructure, and a corresponding unmitigated exposure to the elements. Climate change by its nature is indiscriminate and will affect everyone. In the summer of 2003 for example, approximately 70,000 deaths were reported in Europe due to a summer heat wave.  Imagine that an entire city disappeared in one summer: the death toll was roughly 5,000 more than the entire populations of the Alberta cities of St. Albert or Fort MacMurray.

Studies anticipate Canada to be at a low risk, considering our capacities to adapt. In fact, Canada may see some benefits due to climate change, including longer growing seasons and milder winters. Studies have found that with the current climate situation, by 2050, growing seasons around Whitehorse and Yellowknife would be similar to conditions of present-day Edmonton. But the benefits do not come without the negative effects of climate change. Coastal communities will face more risks from stronger waves in winter due to reduced sea ice cover, and intense storm surges will become more likely. In the next 100 years, all three of Canada’s coasts could see rising sea levels of up to 90 cm, causing floods, erosion, and submerged settlements. Heat waves and droughts will increase in intensity and duration, leading to poor air quality, smog, and degradation of water quality. At the same time, while floods become more intense due to increased precipitation in the summer, Canada’s freshwater supply, particularly south of the 60th parallel, will see a decrease in quantity and quality.

According to Professor Kirk R. Smith, an expert on health and climate effects, “The poor will die.”In the Prairies, the effects of climate change show similar patterns: intense and sustained droughts; heat waves; increased precipitation; pollution; severe storms and floods; more frequent extreme weather events such as hail and tornadoes; and increased risk of forest fires. These effects are already happening. The forest fires in Slave Lake in 2011, and the more recent disaster in Fort MacMurray are examples. The 2013 flooding in Alberta due to heavy rainfall was described as the worst in the province’s history, and the second-costliest disaster in Canadian history after the Fort MacMurray fire.

The United States under the Trump administration, on June 1, 2012 announced its withdrawal from the Paris Agreement. Article 2 of the Agreement sets out its main aims, including holding the global average temperature increase in the coming decades to 2°C above pre-industrial levels. This is important since studies have determined that adaptation and mitigation measures to address climate change will likely be inadequate if this threshold is not met.  To achieve the aims of the Paris Agreement, the rate at which the average global temperature is increasing must be slowed down almost to a halt. Conservative projections indicate that this will be very difficult, if not impossible.  In any case, the withdrawal of the United States, the world’s second-largest GHG emitter, from the Paris Agreement will only contribute to the problem.

While most Canadians would agree that Mr. Trump poses significant problems for environmental protection, populations, he is not the problem here. Our focus should be on the effects of climate change. Put simply, such effects snowball for the world’s most vulnerable populations including:

Almost every discussion of the effects of climate change acknowledges that these groups are disproportionately affected even though they contribute the least to global warming. With that reminder, every time I turn on the air conditioning, or use power to watch Netflix, shower for more than fifteen minutes, or buy a cold drink, I reflect on the idea that for every need that I quite easily satisfy, and for every privilege that I choose, I affect someone else’s life in a negative manner by way of climate change. It might sound trivial but this is how I have become more conscious and conscientious about the effects of climate change. Quite frankly, it is simply unfair.

So, how will vulnerable populations fare under the projected circumstances?

The harsh reality is that the world will be experiencing catastrophic climate events more frequently. According to Professor Kirk R. Smith, an expert on health and climate effects, “The poor will die.” Even conservative climate change scenarios do not dispute this outcome. It applies not only to the poor but also to other vulnerable groups. The shortness and simplicity of Prof. Smith’s explanation, I think, also points to the lack of research, discussion, and consideration of the effects of climate change on the most vulnerable, and how that should fit into climate change adaptation and mitigation policies. Indeed, the majority of research on the topic concentrates on the effects of climate change on the environment, and how middle-class populations in developed countries will be affected. Unfortunately, the perspective of Indigenous elders during a 2004 Elder’s Forum in Prince Albert still rings true: that global [environmental] change has been the focus of western scientists, with the result that the human realm (in terms of both impacts and responsibilities), has been largely removed.

The literature on the topic produces a common thread:  members of vulnerable groups are far less able to adapt to the changing climate, and are less capable of mitigating the impacts. Their capacity to adapt in terms of their physical characteristics such as youth or age, and access to information and financial and other resources is inherently lacking.

I am not an expert on climate change, but over the last few weeks, my understanding and appreciation of its effects, particularly on our societies’ most vulnerable has grown considerably. For example, the elderly, children and infants experience physiological issues and limitations that make them more vulnerable to heat waves and water-borne and food-borne diseases caused by water degradation and warm temperatures. They are also more susceptible during severe weather events that necessitate evacuations, because of mobility issues (which also affects those with physical disabilities). We saw this in the aftermath of Hurricane Katrina in New Orleans, where almost half of the death toll of 1,000 people, were aged 75 years or older.

Women, especially in developing countries, are also prone to the negative effects of climate change. Women’s experiences and ability to adapt and mitigate against climate change are disproportionately hampered by gender differences in social, economic and cultural roles; in property rights, political participation, and access to information and various resources. And in this country, in 2015, Canadian women earned 87 cents an hour for every dollar made by men. In practical matters, this can affect their ability to enhance their adaptive capacity, for something as simple as buying an air conditioner.

In the next 100 years, all three of Canada’s coasts could see rising sea levels of up to 90 cm, causing floods, erosion, and submerged settlements. Indigenous peoples are particularly affected by climate change because of their unique relationship with the environment. Not only are their livelihood and survival at stake, but their culture and practices are also at risk of disappearing. Indigenous women and men living in urban locations are more likely to experience poverty and homelessness compared to the average white Canadian. The reasons for this are systemic, historical, political and also cultural; and the solutions by way of reconciliation and policy change are long-term. In the meantime, many Indigenous people will continue to be exposed to the effects of climate change.

Generally, members of vulnerable groups focus on their day-to-day needs, simply to survive. I see it almost every day in inner-city Edmonton, where I volunteer with the homeless population. It would not be a surprise if the first casualties from an extreme weather event such as a heat wave or severe flooding come from the poor and the homeless. They should not be an invisible population. These are the lives of real people.

Every time we contribute unnecessarily to global warming, and hence to climate change, I truly believe that we are putting someone else’s life on the line; someone who is more vulnerable than us. That belief is enough for me to be more conscious and conscientious about my actions.