A Website of The Centre for Public Legal Education Alberta
You are here: Home / Feature Articles / 39-1: Looking at Criminal Law / The Crime of Counseling Criminal Offences
Reading Time: 6 minutes 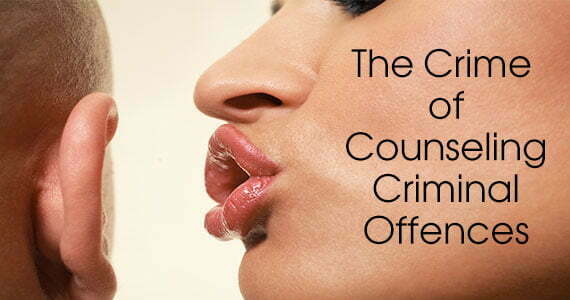