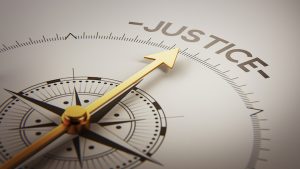 After much anticipation, the federal government has announced the reinstatement of the Court Challenges Program. Set to cost $12 million over five years, the CCP will assist Canadians with legal challenges to advance and protect their Charter rights. The decision is a welcome one.

The program’s history spans some 40 years. It was introduced in skeletal form in 1978, applying only to minority language rights. In 1985, Prime Minister Brian Mulroney extended it to equality rights challenges to federal laws. Mulroney ended the Program in 1992, but the Liberals under Jean Chrétien resurrected it two years later.

After coming to power in 2006, Prime Minister Stephen Harper could not end the Program fast enough. Given that his government was skeptical of the Charter, the move was unsurprising.

Some critics have claimed that it is illogical for the government to fund Canadians to sue it. That argument rests on a simplistic view of constitutional rights: that they represent an infringement on the government which it generally resists. Of course, any government is entitled to advance its policy goals, and is likely to vigorously defend its choices in court. But that hardly precludes government recognition of, and support for, the broader principle of judicial review. Recent events in the United States have demonstrated how critical that function is. We applaud the government’s recognition that its role vis-à-vis the constitution is not purely defensive. Such recognition also counters the notion that taxpayers are unfairly footing the bill. Constitutional challenges are primarily directed to the public interest, and the government is right to support this initiative.

At least some of the earlier criticism of the Program can be traced to suspicion of so-called “judicial activism.” On that count, the program eroded traditional democratic processes. Vulnerable groups used it to achieve social change by evading the appropriate venue for such change: the legislature. The legalization of same-sex marriage in 2005, for example, is viewed as the direct consequence of funding that was granted to LGBTQ organizations to pursue Charter challenges on the issue. This critique overlooks the fact that in a constitutional democracy, parliamentary sovereignty is necessarily limited. Democratic values are enriched, not threatened, when all members of society, especially those who lack political power, can hold the government to account.

One might also wonder why a government would admit the need for a Court Challenges Program at all. Shouldn’t constitutional flaws be caught earlier in the process? We strongly support advance scrutiny of laws and policies. But it can be difficult to anticipate a law’s effects. Or, a government may press ahead with a controversial law that it believes it can later defend. In such situations, Canadians should not be forced to depend on the pro bono services of lawyers and experts in order to vindicate their constitutional rights. The program has never funded anything close to the full cost of litigation. But it can provide crucial support in an environment where constitutional challenges are increasingly complex and expensive.

The program will face controversial choices, including possible applications related to medical aid in dying; the practice of solitary confinement in Canada’s federal prisons; and religious freedom. This is, in part, because the government has decided to expand the program’s funding from language and equality rights to include the Charter’s fundamental freedoms, democratic rights, and life, liberty, and security of the person. That should diminish the charge that the program is “tilted” towards some Charter rights at the expense of others. It is true that expanding the program’s scope may pose a challenge in cases featuring distinct, and competing, constitutional rights. Such decisions will require care, but in principle, there is no reason to deny funding simply because a case engages multiple Charter rights. Performed correctly, such an approach is likely to enhance the program’s credibility.

In announcing the reinstatement, Justice Minister Jody Wilson-Raybould said that the government was seeking to give voice to Canadians. The program does just that. It demonstrates the value of a robust constitutional culture. Inclusive and optimistic, the Court Challenges Program is a powerful symbol of Canadians’ commitment to our Constitution, and to each other.