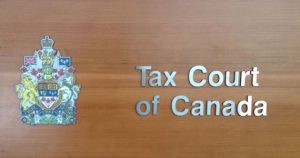 The Tax Court of Canada has gone to some lengths to make information available for self-represented taxpayers who want to appeal a tax decision.  The website of the Court prominently displays a tab for Self-represented litigants.  Under the tab there is a wealth of information about forms, procedures and the Court itself.  This information can be found at: http://cas-cdc-www02.cas-satj.gc.ca/portal/page/portal/tcc-cci_Eng/Litigants

Pro Bono Students in Edmonton, Toronto, Montreal and Ottawa now assist low-income taxpayers in Tax Court.For many Canadians, few things are more destructive emotionally or financially than a legal dispute. The legal system exists to resolve the inevitable conflicts of humanity. We have left behind the days of Game of Thrones style trial by combat for a significantly more complicated procedure. The challenge of the legal system is not just to resolve disputes, but to decide a fair resolution between two sides, both of which have merit. Even for those with legal training, however, the legal system can be a dizzying array of statutes, regulations, and confusing judgements. The Canadian Income Tax Act, for example, is over 2600 pages of complex small print legalese. For the average person, just getting started with this document can be a daunting task of figuring out exactly where in that 2600 pages the solution to one’s legal problem can be found. Clients pay lawyers to wrestle with these unwieldy documents so that they can go about dealing with other aspects of their lives. It stands to reason that if one side of a dispute has legal representation and the other does not, then there may be an inherent unfairness in the judicial proceedings.

Every Canadian law school has an organization to help provide legal information to those who need it. According to Pro-Bono Students Canada, there were an astounding 5000 self-represented litigants in the Canadian tax courts alone between 2008 and 2012. Many of these individuals had a legitimate claim against the Canada Revenue Agency, but they ended up losing their cases due to lack of expertise. The Honourable Gerald J. Rip, Chief Justice of the Tax Court, suggested that Pro-Bono Students Canada begin a tax advocacy project to help cope with this problem. It is easy to see why Chief Justice Rip thought this was a good idea. If self-represented litigants come to view the legal system as unfair, then they may begin to lose confidence in it and Canada would be left with a justice system that denies justice. Lack of access to justice represents a problem where the very legitimacy of the legal system as a way for all Canadians to resolve disputes is at stake. As a result of Chief Justice Rip’ suggestion, Pro Bono Students Canada began a Tax Advocacy Project. Pro Bono Students in Edmonton, Toronto, Montreal and Ottawa now assist low-income taxpayers in Tax Court. The University of Ottawa common law section has begun a pilot project that has four students working in two teams to advocate on behalf of unrepresented taxpayers in the Tax Court’s informal  procedure appeals. Students meet with the taxpayer who is appealing, research the relevant law and prepare for hearings at the Court.

Owen Leblanc is a law student at the University of Alberta in Edmonton, Alberta. This article was produced as a project in the Pro Bono Students Canada program.