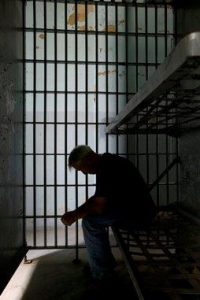 “Abandon every hope, ye who enter”

In 2003, an artist named Jackie Sumell created a project that rebuilt an Angola inmate’s tiny 6×9 foot cell where he spent 41 years in solitary confinement. The cell toured the United States for the sole purpose of raising awareness about solitary confinement. Herman’s case became an example of a not-so-unusual practice in American prisons; inmates were spending reprehensible amounts of time in solitary confinement. An immediate and somewhat stereotypical reaction is to suggest that this is a predictable punishment characteristic of the United States, and naturally, Canada would never permit such inhumane conditions for our prisoners.

There are procedures in place to facilitate the process of placing someone in solitary confinement, but the availability of clear, explicit drafting of administrative guidelines is largely absent, and generally secretive. Canada’s record is becoming increasingly tarnished, and if we care at all about human rights, our collective focus ought to shift to face this concern. Just as the death penalty became untenable in Canada, solitary confinement is becoming an issue of deep moral and ethical concern.

The use of solitary confinement and the lack of regulatory oversight is a primary concern for many Canadian prison advocates. They recognize it as the most severe and depriving form of incarceration that the state can legally administer in Canada. They warn that it is significantly overused, primarily to manage mentally ill, suicidal and self-injurious inmates. More often than ever, solitary confinement is being used to handle prisoners with mental health problems, and the number of inmates experiencing this is growing at a very concerning rate. Additionally, Aboriginal prisoners are placed in segregation at a rate that is unbalanced to the general prison population. In women’s prisons, most of the women who experience long periods of segregation are Aboriginal.

The use of segregation in Canada is multi-faceted, but can be reduced to two primary methods:

Administrative Segregation, is used to separate a prisoner from the general prison population for safety or security reasons. With administrative segregation, there is no hearing before an independent body. An individual is placed into solitary confinement based solely on the finding of the “institutional head” that the prisoner’s presence in the general prison population is a risk to security or safety. Risk to safety can mean both the risk posed by the prisoner, and risk to the prisoner’s own safety. Significantly, there is no limit on the amount of time a prisoner may be held in administrative segregation.

The limits surrounding punishment once a person becomes an inmate are troublesome because the limits operate on a continuum, with little to no oversight. Unfortunately, solitary confinement as a punishment becomes a prison within a prison. In its most extreme cases, some conditions and policies include:

“Administrative Segregation” in particular, raises concerns. The nexus of disciplinary and administrative powers that are granted to correctional officers is problematic. With little to no oversight, prison administrations are able to act as independent bodies, running their own fiefdoms. With no supervision governing decisions and the use of discretionary powers, administrations are able to contravene what outsiders might would consider to be reasonable limits. This can result in inappropriate and perhaps borderline immoral actions against inmates.

More often than ever, solitary confinement is being used to handle prisoners with mental health problems, and the number of inmates experiencing this is growing at a very concerning rate.In 2012 an essay entitled, “The Ten Masks of Administrative Evil” was published. The premise was that there are two primary definitions of Administrative Evil. The first: “when an organization needs individuals to accept lower ethical standards rather than higher standards,” and the second: “instances in which humans knowingly and deliberately inflict pain and suffering on other human beings.”

It could be argued that both types of evils inform the realm of whom to segregate and for how long. Examples where lower ethical standards diminish self-reflection could be applied to the correctional system’s disregard for the human rights of prisoners. There are procedures in place to facilitate the process of placing someone in solitary confinement, but the availability of clear, explicit drafting of administrative guidelines is largely absent, and generally secretive. The use of discretionary powers can be arbitrary, broad and vague. Once people enter into correctional authority, rights disappear, and practices that would otherwise be improper become the norm. Segregation becomes a permissible tactic in spite of its obvious problems.

Society may feel that punishment has no limits once a person is in jail, serving a sentence, but should there be open-ended and largely veiled powers from within that operate with impunity?

Prison administrations work on the perspective that segregation is a calculated solution to a specific problem, which is poor inmate behaviour. The cost of this perspective is that the use of discretionary and arbitrary powers can lead to extremely damaging results.If we are isolating people who are already suffering, consider some of the outcomes of segregation:

Considering that the United Nations has declared solitary confinement to be an actual method of torture, we ought to all be sitting up in attention and considering how and why it is used in our prisons.

Correctional discretionary powers are particularly problematical because of the nature of law enforcement culture and the values that inform its decision-making. In essence, this creates the quintessential bubble that knows no external penetration. But from outside of this bubble, the use of administrative segregation by Canada’s correctional services offends our perception of justice.

It is time for an intervention. Certainly, the United Nations Committee against Torture thinks so. And, fortunately, the Correctional Investigator of Canada is strongly advocating for legislative changes to be put in place to protect our most vulnerable inmates. Hopefully, we will see some profound changes in the near future, and as a result, Canada can seize the opportunity for reform.