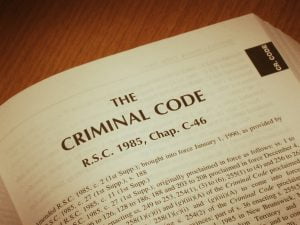 Criminal law usually addresses only incidents and issues arising within our borders, between persons in Canada. However, especially in today’s global world, there are a number of ways in which Canada’s position internationally – including treaties and agreements made with other countries and organizations – impacts Canadian criminal law. In this article, I will discuss:

The Impact of International Treaties on Private Individuals

“Extradition” is probably the international aspect of criminal law that most people have heard of. Extradition is the process by which a fugitive from the courts of one nation may be removed from another and returned to face allegations in the first. In Canada, we have an Extradition Act which governs the extradition of persons to and from this country and various states listed in the legislation. The other states named in the Extradition Act are mostly other Commonwealth countries, as well as some of the international criminal tribunals such as the International Criminal Court. We have also entered into separate extradition treaties with a number of other governments.

In 1986, for example, when discussing the meaning and impact of the constitutional enshrinement of the presumption of innocence, the Supreme Court of Canada noted its inclusion in the 1948 Universal Declaration of Human Rights, and in the 1966 International Covenant on Civil and Political Rights. In most situations, extradition of someone from Canada to another country is possible where the offence giving rise to the foreign request is relatively serious and would also be a crime if committed in Canada. The process involves both our federal government officials and our courts: the Minister of Justice commences the process and brings the matter before a judge, who  considers whether the legal test for extradition is satisfied. If the court finds in favour of extradition, the case is sent back to the Minister for the final decision about whether Canada will surrender the individual. Among other considerations, the Minister takes into account the fairness of the judicial process in the other country and the nature of the penalty if the individual is found guilty. In particular, the Minister considers whether the death penalty might be imposed and whether torture or inhumane prison conditions might be involved. If such factors exist, the Minister can refuse to extradite, or can allow extradition only upon receiving assurances from the other country that the death penalty and torture will not be imposed and conditions of confinement will be humane. If extradition is allowed, arrangements are then made to physically remove the person from Canada and transfer him into the custody of the foreign authorities to be dealt with according to law.

A similar process also exists in situations when Canada requests the return of someone in another country to fact justice here. Our government sends the surrender request to the foreign government which processes it in accordance with their laws. If extradition takes place, the fugitive is brought back to Canada to face prosecution in this country. Perhaps the best-known recent extradition case is that of Luka Magnotta, a Canadian who fled to Germany after killing and dismembering another man in Ottawa. He was extradited from Germany back to Canada (he did not oppose this) and was ultimately tried and convicted for murder, and imprisoned accordingly.

Another series of international treaties which directly impact the rights of individuals are our agreements with a number of countries to allow persons imprisoned in a foreign land to be returned to finish their sentences in their homelands. The best known example of this is the Canada-United States treaty, but we have also entered into similar agreements with a number of other nations, including Morocco, Argentina, France, Peru and Thailand. The agreements are reciprocal, which means that Canadians imprisoned in such a country can apply to be transferred to Canada to complete their sentences, and foreign nationals of such a nation can apply to our government to be allowed to return home to complete their punishment. In the treaties, the governments agree to respect and enforce the decisions and sentences originally imposed. The purpose of the treaties is not to allow offenders to avoid or reduce the punishments imposed for wrong-doing, but to allow them the chance to serve their sentences closer to home in an effort to demonstrate humane compassion and mercy.

Most Canadians know of the case of Omar Khadr, the young Canadian man who was held by the United States for many years in the military complex at Guantanamo Bay, Cuba, before being sentenced for offences to which he pleaded guilty. After being sentenced, Mr. Khadr requested, and was ultimately allowed, to be returned to Canada to finish serving his sentence in this country (he was later granted release on bail pending the conclusion of his various appeals and other legal proceedings).

Canada has also entered into international agreements which outline aspects of international criminal law, mainly governing the laws of war and other armed conflict. In 2000 Canadian law was changed to incorporate and implement our obligations arising upon our adopting the Rome Statute of the International Criminal Court. (This largely formalized and codified what had until then been traditional or conventional international law.)  As part of our commitments, Parliament enacted the Crimes against Humanity and War Crimes Act, which now spells out the offences in question: genocide, war crimes, and crimes against humanity – all of these are given detailed definitions in the Rome Statute, and are now adopted into Canadian law. Procedures for the prosecution of offences committed both within and outside of Canada are outlined, and such issues as the responsibility of military commanders and the limitations upon the “defence of superior orders” are clearly defined. A further section of our law also addresses the situations of persons who attempt to interfere with the course of international justice by committing crimes against the process itself (bribery of court officials, lying and fabricating evidence, intimidating witnesses, etc.).

Perhaps the best-known recent extradition case is that of Luka Magnotta, a Canadian who fled to Germany after killing and dismembering another man in Ottawa. Pursuant to our laws and international commitments, the legislation applies not only to Canadians who are alleged to have committed an international criminal act, but also to any alleged war criminal who is found in Canada. Furthermore, the legislation gives Canadian courts  jurisdiction over matters if the victims are Canadian or a citizen of one of our allies. Finally, persons who are alleged to have committed genocide or a war crime and who are citizens of states, or employed by a state, which is engaged in armed conflict against Canada are also subject to prosecution in our courts.

Prosecutions in Canada under this legislation are very rare; in fact, it seems there has thus far been only two, both involving Rwandans who allegedly took part in the 1994 genocide in that country. In 2009, Désiré Munyaneza was convicted in Quebec for crimes defined in this Act and was sentenced to life imprisonment. In 2013, an Ontario court acquitted Jacques Mungwarere because the judge could not be sure the evidence called against him was sufficiently reliable. A number of other cases which might have been brought under the Crimes against Humanity and War Crimes Act have been prosecuted instead under our Criminal Code, which contains provisions also applicable in situations which could amount to war crimes or crimes against humanity.

Impact of International Agreements and Treaties on Canada’s Laws

This is principle is followed mainly in the area of human rights. Shortly after the enactment of the Canadian Charter of Rights and Freedoms in 1982, the courts began to look to international human rights declarations and conventions for guidance in interpreting and giving effect to that new part of our constitution. In one of its first, and most important, decisions about the Charter, the Supreme Court of Canada was called upon to consider what are “the principles of fundamental justice”. Section 7 of the Charter protects the “life, liberty and security of person” in Canada, and says that individuals may only be deprived of those interests “in accordance with the principles of fundamental justice”. The Court decided that those principles can be determined from the bedrock values underlying our court and judicial systems, including those values which find expression in international agreements and conventions on human rights. If a right or freedom – or similar legal interest – is recognized in international agreements and treaties which Canada has signed or entered, it is more likely to also be considered to be within the realm of the “principles of fundamental justice” when it comes to reviewing Canadian laws for compliance with Section 7 of the Charter of Rights.

As part of our commitments, Parliament enacted the Crimes against Humanity and War Crimes Act, which now spells out the offences in question: genocide, war crimes, and crimes against humanity – all of these are given detailed definitions in the Rome Statute, and are now adopted into Canadian law. From that general proposition, the Court has frequently turned to international human rights treaties and agreements in interpreting the meaning and scope of particular rights and liberties in Canadian law. In 1986, for example, when discussing the meaning and impact of the constitutional enshrinement of the presumption of innocence, the Supreme Court of Canada noted its inclusion in the 1948 Universal Declaration of Human Rights, and in the 1966 International Covenant on Civil and Political Rights. Similarly, when reviewing the constitutionality of some of Canada’s laws against hate speech, the Supreme Court cited various international instruments and agreements in support of its conclusion that restricting and punishing racist and discriminatory commentary is a sufficiently important societal objective as to justify the restriction and limitation of a core fundamental freedom (the freedom of speech protected by s. 2 of the Charter). Other areas in which international human rights agreements have been mentioned and referred to are as diverse as labour rights (including the right to strike); the rights of accused persons in criminal proceedings to have the assistance of an interpreter; and the freedom of religion.

International human rights treaties have also been referred to in interpreting more “ordinary” legislation (that is, not only our constitutional laws), sometimes as a result of Parliament’s own direction that this should occur. For example, in enacting our Immigration and Refugee Protection Act, Parliament specifically directed that it should be interpreted in a way which best “complies with international human rights instruments to which Canada is signatory”. Similarly, in the Preamble to the Youth Criminal Justice Act Parliament specifically noted that “Canada is a party to the United Nations Convention on the Rights of the Child”. In such situations – and in many others as well – the courts have looked to those international treaties and agreements to interpret and give meaning to the terms of Canadian laws.