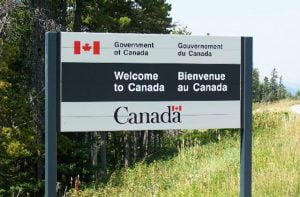 Immigration law in Canada can seem daunting and confusing to understand. It would certainly be difficult to condense all immigration-related concepts within a single article. This article serves as a basic overview to provide an understanding of common terms and immigration programs in Canada. It will address what immigration is and who deals with it, common terminology, and different programs available for immigration applicants.

What is immigration and who deals with it?

Generally speaking, immigration law addresses the rules and processes governing who can enter Canada, and who can stay in Canada. The legislation that outlines these processes and requirements is the Immigration and Refugee Protection Act. Other legislation and case law may be applicable depending on different situations, but immigration law is generally governed through this Act.

There are different pathways under economic immigration. They include the Express Entry pathways, such as the Federal Skilled Worker Program, Federal Skilled Trades Program, Canadian Experience Class, and Provincial Nominee Program.The administration and decision-making of immigration law is assigned to various entities, such as the Minister of Citizenship and Immigration, Immigration Officers, Citizenship and Immigration Canada, the Canada Border Services Agency, and the Immigration and Refugee Board. They each have different responsibilities in governing immigration, and it is through administrative law that Canadian courts hold these government bodies accountable. They ensure that the government bodies act within their authority outlined in legislation, which includes acting in a manner that is just and procedurally fair.

When discussing immigration, there are some terms that are useful to know.

Some Entry Programs in Canada for Permanent Residency

A foreign national may qualify for permanent residency based on their relationship to a Canadian citizen or permanent resident. This applies to the Canadian citizen’s or permanent resident’s spouse, common-law partner, child, parent, or other allowed family members.There are numerous programs available for individuals wishing to enter Canada, depending on the purpose of entry and the circumstances of the applicant. If you are someone exploring this as an option, or you require legal advice on an immigration matter, it is always best to contact a lawyer about your personal circumstances.

The entry paths for permanent residency can be divided into three categories:

A foreign national may qualify for permanent residency based on their ability to become economically established in Canada. The purpose of this entry path is to meet Canada’s economic and social needs for Canada’s benefit. Generally, the foreign national would be assessed depending on their professional background, education, and their impact on Canada’s economic and social needs.

There are different pathways under economic immigration. They include the Express Entry pathways, such as the Federal Skilled Worker Program, Federal Skilled Trades Program, Canadian Experience Class, and Provincial Nominee Program.

There are numerous programs available for individuals wishing to enter Canada, depending on the purpose of entry and the circumstances of the applicant. A foreign national who is either inside or outside Canada may qualify for permanent residency based on their personal circumstances as a refugee. To qualify for this entry path, the government will consider humanitarian grounds among other factors.

Christopher Gallardo-Ganaban is a student at the University of Alberta’s Faculty of Law and a member of Pro Bono Students Canada. Pro Bono Students Canada is a student organization. This document was prepared with the assistance of PBSC University of Alberta law student volunteers. PBSC students are not lawyers and they are not authorized to provide legal advice. This document contains general discussion of certain legal and related issues only. If you require legal advice, please consult with a lawyer.