A Website of The Centre for Public Legal Education Alberta
You are here: Home / Special Report / 42-1: The Senate / An Insider’s Look at Senate Committees
Reading Time: 4 minutes 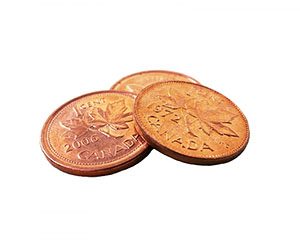 When I first stepped into the Senate atrium and peered into the chamber, I recall experiencing a sensory overload of colour. Carpeted in a sea of red with gold leaf adorning the ceiling, the Senate is decorated in a style befitting a monarch, the colours hinting at the Upper House’s regal connection. This connection is perhaps more explicitly made in the two thrones situated at the north end of the Chamber and the golden mace, symbolic of the authority of the Crown, sitting perpendicular to the crimson-upholstered seats of the Senators on both sides of the aisle.

Senate committees provide a platform for the public to consider the particulars of public policy and allow for engagement in topics often neglected by governments or considered to be too politically risky to be examined. With all the grandeur of the Senate chamber, it was sometimes easy to forget that the Senate also had a different face: one that was more modest, functional and certainly much less red. Elsewhere in the Parliament Buildings, in the East Block on Parliament Hill and even across the street in the Victoria Building, were simpler rooms with less pomp and circumstance but just as much a part of the Senate as the chamber itself. These rooms are the homes of the Senate committees.

Committees, in the words of the Senate’s first female Speaker Senator Fergusson, are the “heart and soul of the Senate.” While the Senate has been a much maligned institution in the eyes of many Canadians due to the unelected status of its members and in recent years as a result of scandals, the work of its committees is often underappreciated and overlooked. Similar to corresponding committees in the House of Commons, Senate committees hear from witnesses and review and scrutinize legislation. However, they also have the opportunity to study issues of public policy in depth and over a prolonged period of time, which is generally a luxury for the House whose members face much greater political and constituency pressures. Senate committees regularly produce detailed and comprehensive reports on both legislation and on other issues of public concern which have been lauded even by some of the institution’s harshest critics. In this sense they play an important role in the legislative process, a nod to the idea that the Senate should function, in the words of Sir John A. Macdonald, as a chamber of “sober second thought”.

The removal of the penny from circulation, for example, was studied extensively and recommended by the Standing Committee on National Finance in 2010 and subsequently implemented by the government in its 2012 budget. Most Senators sit on two or three committees, often in areas in which they hold related professional expertise, or of particular importance to the provinces they represent. For instance, the Standing Committee on Legal and Constitutional Affairs currently counts among its members a number of constitutional experts and lawyers, as well as previous members of the police forces and a former judge. The Standing Committee on Fisheries and Oceans, meanwhile, has Senators hailing from across the country with a significant number representing Maritime provinces.

These standing committees are regular fixtures of the parliamentary framework that are responsible for main areas of policy, such as agriculture or transport. Following second reading in the Senate, a bill will typically be subject to detailed consideration in the appropriate standing committee. In addition, standing committees often conduct special studies following which they submit recommendations to the government for consideration. The removal of the penny from circulation, for example, was studied extensively and recommended by the Standing Committee on National Finance in 2010 and subsequently implemented by the government in its 2012 budget. Another prominent study was that undertaken by the Kirby Committee (so named for the then chairman of the Standing Committee on Social Affairs, Science and Technology), which cast light on the state of mental health support and addiction in Canada and which ultimately led to the creation of the Mental Health Commission of Canada.

Senate committees regularly produce detailed and comprehensive reports on both legislation and on other issues of public concern which have been lauded even by some of the institution’s harshest critics. In addition, the Senate has historically convened special committees to consider specific areas of interest. In the 1960s, the Croll Committee embarked on an ambitious study of poverty in Canada, visiting all ten provinces and the Yukon and hearing over 800 witnesses. In 1995, the Special Committee on Euthanasia and Assisted Suicide waded into an ethical minefield, tackling contentious issues of voluntary euthanasia and palliative care, among others, in its final report.

In the world of politics, there is often a predominant focus on the rhetoric, political drama and partisanship that far too often characterizes our parliamentary system. A committee hearing generally pales to the excitement of politicians trading barbs during Question Period or to the ceremonial significance of an event like the Speech from the Throne. That said, having sat through hundreds of hours of testimony and debate in Senate committees, some of the most meaningful work I ever saw on Parliament Hill was in committee, with Senators asking poignant questions to witnesses or with experts expounding on the impact of legislation. Senate committees provide a platform for the public to consider the particulars of public policy and allow for engagement in topics often neglected by governments or considered to be too politically risky to be examined. While the Senate, with all its flaws, may have its critics seeing red, the value of Senate committees in improving the quality of our democracy should not be underestimated.

The author  represented the province of Alberta as a Senate Page from 2010-2012.