You are here: Home / Special Report / 41-2: The Law in a Challenging Economy / Bankruptcy, Insolvency and Receivership
Reading Time: 5 minutes 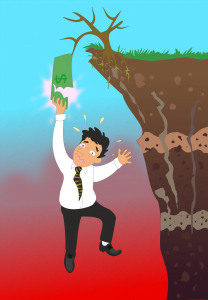 Canadian commercial insolvency law is not codified in one exhaustive statute. Instead, Parliament has enacted multiple insolvency statutes, the main one being the Bankruptcy and Insolvency Act.  The BIA offers a self-contained legal regime providing for both reorganization and liquidation. It is characterized by a rules-based approach to proceedings. The BIA is available to insolvent debtors owing $1000 or more, regardless of whether they are natural or legal persons.  It contains mechanisms for debtors to make proposals to their creditors for the adjustment of debts. If a proposal fails, the BIA contains a bridge to bankruptcy whereby the debtor’s assets are liquidated and the proceeds paid to creditors in accordance with the statutory scheme of distribution.

Bankruptcy, insolvency, receivership and liquidation are complicated concepts that come to bear during financial distress.  They are bound to be confusing, especially since there are different processes for corporations and individuals which can both make proposals and arrangements.  Some aspects are contractual, some are common law and yet others are statutory where the applicable legislation can be federal or provincial.

This article provides a short tour through these concepts.

The federal government legislates on “bankruptcy and insolvency”.  It has done so through two main statutes: the Bankruptcy and Insolvency Act (“Bankruptcy BIA”), under which debtors can be reorganized or liquidated and see most or all of their debts discharged, and the Companies’ Creditors Arrangement Act (“CCAA”) which oversees reorganization of companies with debts over $5,000,000.  It is similar to Chapter 11 of the U.S. Bankruptcy Code.

Bankruptcy is a legal status.  Its process may discharge a debtor from most debts.  Honest debtors should get a chance for a fresh start.

Insolvency is a financial state where one is unable to meet one’s obligations generally as they become due.  This is also called equity insolvency and may reflect an income or cash flow problem.  Balance sheet insolvency is where liabilities exceed the value of its assets.

By contrast, receivership and bankruptcy are legal statuses that may flow from insolvency where a receiver or trustee in bankruptcy is appointed to take over one’s property which may be sold and the proceeds distributed to creditors.  Alternatively, insolvent businesses and individuals may have their debt restructured through an agreed proposal with their creditors.

Receivership means being under the control of a receiver.  When a business borrows money, it may agree to permit a receiver to be appointed if it defaults on the debt.  The lender will demand this security before it will lend the money.  The receiver tries to generate value from the assets to pay the secured creditor what it is owed.

The commercial debtor is allowed to continue with the business, which the creditors may see as offering hope to recover more than if the debtor goes bankrupt.Licensed trustees and receivers may be court appointed or privately by the secured creditor.  The receiver takes control of the property, oversees the liquidation and distributes the proceeds according to the priorities established by law.  The loan documentation allows the receiver to  also manage the business or assets to obtain a better financial return.

Privately-appointed receivers serve the secured creditor that appointed them and will deal with assets covered by the loan agreement.  Court-appointed receivers are officers of the Court and serve all creditors with powers from the Court order.  The costs are much higher and the secured creditor has far less control over the process.  Receivers must report to all creditors on what they have done.

Bankruptcy is a legal status.  Its process may discharge a debtor from most debts.  Honest debtors should get a chance for a fresh start.

There are three different ways to be bankrupt.  Insolvent persons may “assign” all their assets for the general benefit of all creditors.  One may be involuntarily “petitioned” into bankruptcy by a creditor owed more than $1,000.00 unsecured who says the debtor has “committed an act of bankruptcy” such as failure to pay its debts.  Or a debtor failed to get consent for, or comply with, a proposal.  This is called a “deemed” bankruptcy.

A trustee is automatically appointed to liquidate the assets so the creditors can recover as much as possible of what they are owed in a fair and orderly manner.  Possessions that the bankrupt can keep vary in each province but generally include clothing for the bankrupt and dependents, household furnishings and appliances worth up to $4,000.00, a motor vehicle worth up to $5,000.00, tools worth up to $10,000.00 used to earn income, medical and dental aids used by the family, and very modest equity in the bankrupt’s principal residence. Bankrupts can continue to work and earn a living.  Corporate bankrupts have no exemptions.

Licensed trustees and receivers may be court appointed or privately by the secured creditor.  The receiver takes control of the property, oversees the liquidation and distributes the proceeds according to the priorities established by law.Who has the highest priorities to a bankrupt estate is important because there are not enough assets to go around. The BIA creates a super-priority for unpaid suppliers (including farmers and fishers) of goods by allowing suppliers to demand the return of the goods from the trustee if they were delivered within 30 days of the bankruptcy, are in their original state, are not comingled with other goods, and were not sold to an innocent -party purchaser.  The federal Crown enjoys priority for source deductions over claims of other creditors.  Unpaid employees rank next for up to $2,000 of wages and pension contributions.  Secured creditors come next, although they can realize on their securities outside of the bankruptcy.

After that comes a hierarchy of “preferred claims” before unsecured claims. Preferred claims include funeral expenses of the deceased bankrupt, costs of administering the bankrupt estate (trustee’s fees, costs, levy payable to the Superintendent of Bankruptcy), maintenance and support payments, municipal taxes, and landlord claims for up to six months of rent.  Unsecured claimants share the rest proportionately.  Creditors must make a claim against the bankrupt to the trustee in the prescribed proof of claim form.

A corporate bankrupt will only be discharged if its debts are paid in full.  Individual bankrupts can be discharged from bankruptcy, which constitutes a legal release from creditors’ claims that existed at the date of bankruptcy.  Some debts are not discharged, such as fines, civil damage awards for bodily harm or death, alimony, support and maintenance, and student loans.

Insolvency is a financial state where one is unable to meet one’s obligations generally as they become due.  Insolvent debtors can invoke bankruptcy protection to use the time to present a proposal to the creditors. If the creditors accept the compromise proposal, it is legally binding and the bankruptcy is prevented.  Insolvent individuals with indebtedness of up to $250,000 (excluding any mortgage debt) may make a consumer proposal.  Unless a creditor holding at least 25% of the debt requests a meeting, the proposal passes and court approval is generally not required.

If the debtor defaults in the performance of any term of the proposal, after it is approved by the court, and if the default is not waived by the creditors or fixed by the debtor, the debtor can be assigned into bankruptcy.