You are here: Home / Special Report / 41-1: The Law and Media / Bieber and Beachclub: What is Defamation in the Social Media Era?
Reading Time: 4 minutes 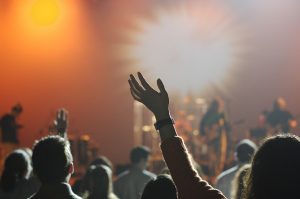 On May 16, 2016, the Montreal Gazette and the New York Daily News reported that Stratford-born pop star Justin Bieber had been sued in Montreal by event promoter Team Productions for $650,000 CDN for defamation.

Bieber’s offending comment was a tweet on August 22, 2015, which would have been the day of a show he cancelled at Montreal nightclub called Beachclub. It read, “Montreal due to the promoter of today’s event breaking his contract and lying I will not be able to attend today’s event”. Bieber was due $250,000 upon signing the agreement to play the concert, and an additional $175,000 five days before the event. Team Productions cited a hit to its reputation and an associated loss of revenue. It also claimed Bieber failed to promote the event on social media as he promised.

Beyond the wow factor of having a celebrity sued for that much money over a cancelled show, this case demonstrates how easy it is for social media use to turn into defamation.

According to the Supreme Court of Canada in Grant v Torstar, a plaintiff in a defamation lawsuit has to prove three points.

“Communicated” is intentionally open-ended. Defamation can be verbal, written, or otherwise expressed. It also does not have to be intentional, as the Court in Grant states: “The plaintiff is not required to show that the defendant intended to do harm, or even that the defendant was careless.”

Media viewable worldwide does not have a physical location.The plaintiff does not have to show monetary or other damages beyond harm to reputation. The Supreme Court of Canada in Éditions Écosociété Inc v Banro Corp echoed the lower court’s ruling that “the vindication of the plaintiff’s reputation was just as important as any monetary award that might be obtained”. It is harm to reputation, not financial harm, that Team Productions needs to prove. Although proving financial loss could help the Team Productions case, only the financial loss that is also evidence of loss of reputation matters here.

Two 2016 decisions in different provinces have discussed Twitter as a forum for defamation. In Sciquest v Hansen et al, the Ontario Superior Court of Justice determined that defamation “occurs when [defamatory] material is read or downloaded by a third party. A single instance of publication is sufficient for the tort to crystallize.” Considering that a single pageview or download of Bieber’s Tweet is enough to constitute publication, and the Montreal Gazette reported that Bieber has over 80 million Twitter followers, the publication test does not bode well for Bieber. In Pritchard v Van Nes, the British Columbia Supreme Court noted that a social media post is the words only of the person who posts it, meaning someone who defames on Twitter is liable – Twitter, the company, is not. Nor is anyone who links to or shares Bieber’s Tweet. This is reassuring news to anyone who owns a social media platform, or who aggregates social media posts through blogging, but not so much to anyone who is malicious or reckless online.

Defamation can be verbal, written, or otherwise expressed. It also does not have to be intentional,… A 2014 Ontario labour arbitration decision is notable for being the first citation of Twitter’s Privacy Policy in Canadian law. According to Toronto (City) v Toronto Professional Fire Fighters’ Association, Local 3888, publication occurs even when the defendant thinks the posts are private but is mistaken: “The grievor testified that he did not understand that his Tweets could be accessed by members of the public. He said he thought he was communicating in private only with people he knew.” These Tweets, although not defamatory toward any one person, were sufficiently offensive to lead the Toronto Fire Department to terminate his employment. As Twitter’s Privacy Policy warns the site’s users: “What you say on the Twitter Services may be viewed all around the world instantly. You are what you Tweet!”

Media viewable worldwide does not have a physical location. In Club Resorts v Van Breda, the Supreme Court of Canada established that a lawsuit can be filed where there is a “real and substantial connection” to the case. The cancelled concert was set to take place in Montreal, so Quebec is a logical place for Team Productions to bring its lawsuit. However, considering the  Sciquest case, Team Productions could have hypothetically tried to bring a lawsuit anywhere Bieber has a Twitter follower. Thankfully, Team Productions did not attempt to test the limits of the Van Breda criterion.

..the British Columbia Supreme Court noted that a social media post is the words only of the person who posts it, meaning someone who defames on Twitter is liable – Twitter, the company, is not. Nor is anyone who links to or shares Bieber’s Tweet.Whatever happens, this case will make for an exciting ongoing news story. Team Productions will have to prove the Tweet harmed its reputation. The second and third parts of the test, that the words referred to it and that they were published, should be easier. Most cases settle, and there is a good chance this one will too – or already has, and each side is very good at being discreet. Most defamation lawsuits are not for as high a number as $650,000, a number Team Productions will have to back up with evidence.

No matter what happens between Bieber and Team Productions, the law is increasingly clear that social media is a forum for defamation. Posts are published instantly. They belong to the users who create them. In pop culture and in the law, social media is everywhere.