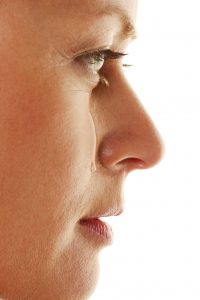 Jurors play an integral role in the administration of justice in Canada, often at a significant personal sacrifice. Much is asked of jurors.  To sit on a jury means taking time off from work, and having one’s family and social life disrupted, all for practically no remuneration.  Jurors are expected to take in all of the evidence, no matter how gruesome, and ultimately deliberate on the fate of the accused.  To be a juror is to be entrusted with significant responsibility.  Indeed, there are few matters weightier than potentially deciding whether to send an accused to jail for the rest of his or her life.  With significant responsibility comes significant stress for many jurors, including being exposed to disturbing evidence.  Tina Daenzer, who served on the Paul Bernardo jury said: “Imagine watching young girls being raped and tortured over and over again.  You couldn’t close your eyes and you couldn’t look away because your duty was to watch the evidence.”  While Canadians are very familiar with high-profile trials like Bernardo’s, the fact is that every day across Canada jurors are exposed to horrific evidence in cases involving horrific crimes.

Despite this, jurors are more or less expected to get on with their lives as though nothing happened following the conclusion of a trial.  Many former jurors are able to more or less return to life as they knew it before jury service.  However, others understandably are not.

Clearly, being unable to talk about one of the most stressful aspects of jury service, for life, is an inhibiter to getting full mental health treatment and support.Recently, the House of Commons Standing Committee on Justice and Human Rights, of which I am a member, undertook the first Canadian Parliamentary study on juror supports.  During our study, we heard from several former jurors who suffered from stress, anxiety and even PTSD arising from their jury service. These men and women courageously told the Committee, some for the first time publicly, about how their lives have been forever changed.  For example, Daenzer is still affected by the Bernardo trial more than two decades later.

Despite all the sacrifices that jurors make, they have been the last people in the courtroom to be provided with mental health supports.  This is the case even though they are often put at great risk. Judges, lawyers, and court staff all get support.  Only recently have some provincial governments established juror mental health support programs.  These programs are a patch-work across Canada with some provinces offering no support at all.

Even if an affected juror seeks help through one of the provincial juror support programs or out of their own pocket, as is more often the case, the ability to get full mental health support is inhibited by section 649 of the Criminal Code.  Section 649 codifies what is known as the jury secrecy rule. The jury secrecy rule prohibits jurors from disclosing what took place during the jury deliberation process for life.  Failing to do so is a Criminal Code offence punishable by summary conviction.

With significant responsibility comes significant stress for many jurors, including being exposed to disturbing evidence. The jury deliberation process is often one of the most stressful, if not the most stressful aspect of jury service.  During the deliberation process jurors are sequestered with eleven other strangers and expected to methodically review the evidence, however difficult, apply the law to the facts of the case and together reach a consensus on a verdict.   Dr. Sonia Chopra, a psychologist who did her dissertation on the experience of stress among Canadian jurors, found that seven of the top ten jury stressors relate to reaching a verdict and the jury deliberation process. Clearly, being unable to talk about one of the most stressful aspects of jury service, for life, is an inhibiter to getting full mental health treatment and support.  The jury secrecy rule can also sometimes make it more difficult for jurors to seek help. Some mental health professionals are reluctant to provide services to former jurors, because they are uncertain as to what they can and can’t discuss.

It is unacceptable that former jurors are unable to get the full support they need.  At the same time, there are important reasons for the jury secrecy rule.  These include the sanctity of the deliberation process, the finality of a verdict, and the protection of the privacy of jurors.

A solution to this seeming conundrum is my Private Members’ Bill C-417.  It would provide a narrow exception to the jury secrecy rule, while maintaining the integrity of the rule.  More specifically, it would authorize former jurors who are seeking mental health treatment arising from their jury service to disclose their experiences from the jury deliberation process to a mental health professional who is bound by rules of confidentiality once the trial is concluded. That the exception would only apply post-trial, in a completely confidential setting, ensures the protection of the rationales underlying the jury secrecy rule.  This narrow exception has been successfully implemented in the Australian State of Victoria since 2000. Moreover, my Bill is consistent with a key recommendation of the unanimous Justice Committee report on juror supports: Improving Support for Jurors in Canada.

The jury secrecy rule prohibits jurors from disclosing what took place during the jury deliberation process for life. Failing to do so is a Criminal Code offence punishable by summary conviction.Bill C-417 would bring about a practical, minor amendment to the Criminal Code that will go a long way towards helping jurors get the help they need.  Several high-profile trials scheduled to soon take place that most certainly involve disturbing evidence, including that of accused serial killer Bruce McArthur, the accused in the Toronto van attack, and the Edward Downey trial currently taking place in Calgary, speak to the urgent need for this reform.

I am pleased that the Bill has been well-received across party lines. Murray Rankin, the NDP Justice Critic, is the seconder of the Bill.  Several Liberal MPs are co-seconders, and Liberal MP Anthony Housefather, the Chair of the Justice Committee, has voiced his support. This, after all, is a non-partisan issue.  It is about trying to do right for those men and women who are suffering, only because they did their civic duty and served on a jury.

Jurors play an integral role in the administration of justice in Canada, often at a significant personal sacrifice.  Every effort should be made to lessen the personal burden placed upon them.  Bill C-417 is one small but important measure that will help.

Michael Cooper is the Member of Parliament for St. Albert-Edmonton. He is the Official Opposition Deputy Shadow Minister of Justice and Vice-Chair of the House of Commons Standing Committee on Justice and Human Rights.