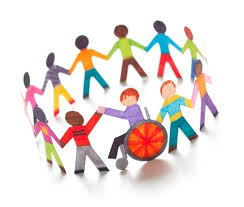 January 26, 2017 marked the first-year anniversary of the Canadian Human Rights Tribunal’s (“The Tribunal”) landmark decision regarding the issue of funding for child welfare services provided to First Nations children on reserve and in the Yukon. The complaint was filed in 2008 by the First Nations Child and Family Caring Society of Canada (“the Caring Society”) and the Assembly of First Nations (“AFN”). The case was filed against the Indian Northern Affairs Canada (“INAC”), known at the time of the hearing as Aboriginal Affairs and Northern Development Canada (“AANDC”). The Caring Society and AFN alleged AANDC discriminates against 160,000 First Nations children living on reserve and in the Yukon, on the basis of race, by providing insufficient and inequitable funding for child and family services. The Tribunal held that this claim was substantiated and accordingly, it ordered AANDC to cease its discriminatory practices.

The second non-compliance order was subsequently followed by a unanimous vote in the House of Commons in November of last year, supporting an NDP motion compelling the federal Liberal government to end the systemic discrimination against First Nations children on reserves. Even before the decision was released, numerous studies have already found that First Nations children were receiving only 70 cents (up to 78 cents) on the dollar compared to non-Aboriginal children. Research reveals that concerns of this type were raised to the government in the early 1900s, but have been largely ignored. Consequently, due to the lack of support and chronic underfunding of child and family services geared towards First Nations children, significant numbers are taken into foster care. Put differently, in comparison to non-Aboriginal Canadian children, First Nations children are reportedly eight times more likely to be in welfare/ foster care.

At the same time, there is a lack of clarity between the federal and provincial/ territorial governments regarding who should pay for services that First Nations children need.  In effect, First Nations children are falling victim to such disputes that are worsened by the governments’ failure to fully implement “Jordan’s Principle”. Jordan’s principle was named in memory of Jordan River Anderson, a little boy who spent two years in the hospital and died there while the Province of Manitoba and the federal government argued over who should pay for his at-home care. Such disputes are not uncommon according to the Caring Society. They leave First Nations children denied or waiting for services they desperately need such as education, health, childcare, and culture and language services that are readily available to other Canadian children. Jordan’s Principle calls on the government of first contact to pay for services, which can be reimbursed later, so that children can get the services they need as early as possible without getting caught in governmental red tape.

In its landmark decision, the Tribunal found sufficient evidence to establish a prima facie case of discrimination under section 5 of the Canadian Human Rights Act (CHRA). The decision made it clear that the AANDC discriminated against 160,000 First Nations children, in contravention to section 2 of the CHRA, which gives legal effect to the principle that “all individuals should have an opportunity equal with other individuals [to live their lives accordingly]…without being hindered from doing so by discriminatory practices based on race, national or ethnic origin, colour, religion, age, sex, and sexual orientation, [among others].”

There is no sufficient evidence that real significant progress is taking place when it comes to addressing the issue of underfunding child welfare services for First Nations children.According to the Tribunal, the AANDC’s management of the welfare program for First Nations children on reserve, and the corresponding discriminatory underfunding of such services created adverse impacts for many First Nations children and families. The discriminatory funding for such services hindered agencies from providing adequate, let alone culturally appropriate, services to the children and families. The funding formula also perpetuated and provided incentives to remove children from their homes and bring them into foster care. Additionally, because of the narrow definition and inadequate implementation of Jordan’s Principle, First Nations children experience delays and denials of child services that are otherwise available to other Canadian children.

Sadly, as the Tribunal aptly stated in its decision, “It is only because of their race and/or national or ethnic origin that [First Nations children and families] suffer the adverse impacts outlined above…Furthermore, these adverse impacts perpetuate the historical disadvantage and trauma suffered by Aboriginal people, in particular as a result of the Residential Schools system.”

After finding that the complaint was substantiated, the Tribunal made an order against AANDC pursuant to section 53(2) of the CHRA. The finding of discrimination addressed the Caring Society’s request for declaratory relief. Also, pursuant to section 53(2)(a) of the CHRA, AANDC was ordered “to cease its discriminatory practices and to cease applying its narrow definition of Jordan’s Principle and to take measures to immediately implement the full meaning and scope of Jordan’s Principle.”

When the decision was released, Cindy Blackstock, the executive director of the Caring Society, expressed her hopes that the ruling would lead to real action on the ground. Indeed, according to the Tribunal, it is up to INAC and the federal government “to implement the Panel’s findings and orders, and to clearly communicate how it is doing so, including providing a rationale for their actions and any supporting data and/or documentation [that] ensures the Panel and the parties that this is indeed the case.”

Jordan’s Principle calls on the government of first contact to pay for services, which can be reimbursed later, so that children can get the services they need as early as possible without getting caught in governmental red tape.

Months before the Tribunal’s ruling, Prime Minister Justin Trudeau made public his ministerial mandate letters, which outline the policy objectives that his government wanted to pursue. He stated that no relationship is more important to him and to Canada than the one with indigenous peoples. Furthermore, one of the mandated highlights focuses on making real progress on issues such as housing, employment, health and mental health care, community policing, child welfare and education. Not surprisingly, many advocates of First Nations children and families were enthusiastic about progress, particularly after the Tribunal released its ruling in the case.

After one year has passed, the only thing that appears to be worth celebrating are merely anniversaries. There is no sufficient evidence that real significant progress is taking place when it comes to addressing the issue of underfunding child welfare services for First Nations children. Immediately after the ruling the federal government committed $634.8 million to support welfare services for children and families on reserve. It may sound like a huge financial commitment, but it is an investment over five years. Out of that commitment, in 2016, $71 million was allotted for child welfare – an amount that falls $155 million short of what the Caring Society estimated as the amount required for immediate relief. It is even well below the $108 million that the federal government had initially estimated. Out of the $71 million, only $60 million was invested into services for the children, according to Cindy Blackstock. To make matters worse, additional funding is still required for the full implementation of Jordan’s Principle.

On April 26, 2016 the Tribunal released its first non-compliance order (2016 CHRT 10) against the federal government for failing to comply with the order requiring the government to fully implement Jordan’s Principle. The Tribunal also ordered INAC to provide more details regarding its $71 million allotment, since it had failed to prove that the allotment was sufficient to alleviate the discrimination against First Nations children. On May 9, 2016, the day before the federal government was required to file its final submission in compliance with 2016 CHRT 10, INAC made a unilateral announcement of up to $382 million for the implementation of Jordan’s Principle. INAC made the announcement without providing details about which children are eligible for the funding, when and how the funds will be released, and how this ensures the full implementation of Jordan’s Principle. If anything, this announcement demonstrates a pre-emptive and non-collaborative maneuver by the federal government to escape criticism regarding its compliance with the CHRT’s ruling. Moreover, according to Cindy Blackstock, out of the $382 million, to date the federal government has spent only $11 million on children since the announcement in May 2016.

On September 15, 2016, the Tribunal released a second non-compliance order (2016 CHRT 16). It found INAC to be in violation of both the Tribunal’s January 26 ruling, and the subsequent non-compliance order (2016 CHRT 10). According to a report by the Caring Society in November 2016, INAC not only failed to comply with the ruling of the Tribunal, it also fought First Nations children and their families in court after they sought equitable health services. In one case, INAC spent more than $32,000 fighting a First Nations teenager in need of medical care, instead of paying for the $8,000 needed for her medical treatment. Indeed, as the Tribunal stated in 2016 CHRT 16, INAC appears to still operate with the same “old mindset” that “led to discrimination” and the filing of the complaint in the first place (the Caring Society).

Sadly, as the Tribunal aptly stated in their decision, “It is only because of their race and/or national or ethnic origin that [First Nations children and families] suffer the adverse impacts outlined above…The second non-compliance order was subsequently followed by a unanimous vote in the House of Commons in November of last year, supporting an NDP motion compelling the federal Liberal government to end the systemic discrimination against First Nations children on reserves. The motion called for the immediate injection of $155 million to end the discriminatory funding of child welfare services for First Nations children.

Despite the Tribunal’s ruling more than a year ago, it appears that we are still waiting for real progress. It does not help to hear about the significant number of suicides and suicide attempts by First Nations children in various communities across the country. It is hard to acknowledge that the government is truly committed to reconciliation, when it cannot honour its legal and moral duty to First Nations children in a timely manner.

While the government takes its time in implementing measures to end the discrimination against First Nations children, the number of children experiencing adverse impacts of such discrimination is increasing. It makes it look like we never truly learned from the horrors of our history.

2017 is the year of celebrating anniversaries, including that of the Tribunal’s ruling and Canada’s 150th.  There is a dilemma: celebrating 150 years of triumph and progress for Canada may hide the fact that, even in 2017, we are still failing First Nations and other Aboriginal communities; we are failing so many of our children, and in essence we are failing the future of this country. It is utterly sorrowful to think that while many of us are excited to celebrate Canada’s 150th, members of First Nations communities and other Aboriginals are remembering the anniversaries of the deaths of loved ones; they are counting years of harrowing experiences that stem from discriminatory and racist policies and attitudes. Certainly, there is no better time than right now for the federal government to comply with its legal obligation and do everything in its power to address the historical and ongoing discrimination against First Nations children and families.