There is clear scientific consensus that anthropogenic climate change is happening and will cause unavoidable and irreversible impacts. Despite the full implications of climate change remaining uncertain, there is a recognized need to act locally, provincially, nationally and internationally in order to mitigate harm to people and the planet arising from these climate change impacts. While mitigation efforts are necessary to slow the rate of greenhouse gas (GHG) emissions, we are already experiencing impacts from climate change and need to build the capacity to cope with these impacts, especially as they escalate into the future. Both mitigation and adaptation efforts will be crucial going forward.

Impact of Climate Change in Alberta

The extent to which Alberta (and the rest of the world) experiences climate change impacts will depend upon the extent of global warming. The Intergovernmental Panel on Climate Change (IPCC) stresses that in order to prevent huge damage to people and the earth, we must strive to limit global warming to only 1.5 degrees Celsius. A recent IPCC report found that the world outcomes will be vastly different in a 1.5-degree world or in a 2-degree world (the latter of which is a real possibility without immediate action).

What is Climate Change Mitigation?

Increased energy efficiency means using less energy to accomplish the same tasks. For example, this could mean updating building codes so that houses use less energy to heat and cool rooms or regulating higher standards for appliances. This category is often purported to be the most cost effective way to mitigate our effects on the climate.

While important and effective, improved energy efficiency will only do so much toward mitigation. As our population continues to grow, we will use more energy and resources, especially as climate change increases extreme weather events. This is where renewable energy comes in. 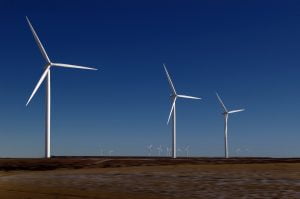 Renewable energy usually refers to solar, wind, geothermal, bio power and hydropower – each of which comes with a different environmental pedigree. For example, while hydropower has a long history in Alberta, other forms of renewable energy will likely start to take its place as high quality hydro locations are built up and as river flows change along with our changing climate.

In 2017, the provincial government put out a call for bids for new renewable energy projects in the province. In the end, the bid went to 4 wind energy projects and the province received the cheapest wind energy price yet. In addition, solar continues to gain market share across the province, including in the far north. However, despite their cost effectiveness, it is unlikely that solar and wind (without future technological advances in storage and generation) will be sufficient to fully replace our fossil fuel generators. This is in large part due to their variability (as we all know the sun doesn’t always shine and the wind doesn’t always blow). This means that while we work to improve storage solutions for wind and solar power – which are improving – we need to ensure that another energy source will be able to step in and fill any gaps. One example of this energy type is geothermal, which is finally starting to take off in Western Canada. For example, the first power purchase agreement with a geothermal company was agreed to in Saskatchewan and development on a geothermal project started in 2018. Geothermal is promising because it can produce energy 24 hours/day 365 days/year, making it a great option to fill any gaps in solar and wind production.

Mitigation efforts raise many legal questions. How do we encourage energy efficiency? How do we regulate new forms of energy like geothermal? How do we incorporate solar and wind projects into our assessment and clean-up regulations that previously focused on oil and gas? And how do we streamline the approval process for technologies that are changing every day? Although these questions are complex, they are also very important. Every year that passes without substantial changes to our energy use means one less year to ensure our mitigation keeps us below that 1.5-degree ceiling.

What is Climate Change Adaptation?

Adaptation is a necessary complement to climate change mitigation. The IPCC defines adaptation as:

The extent to which Alberta (and the rest of the world) experiences climate change impacts will depend upon the extent of global warming.All levels of government play a role in advancing adaptation measures. As well, industry, non-governmental organizations, Indigenous peoples and members of the general public can contribute to the development and implementation of adaptation measures. There are a variety of risks and opportunities that arise in the face of climate change, and a variety of adaptive measures could be adopted in response. Given the potential impact of climate change on all aspects of our social and natural environment, along with the broad range of risks and opportunities, it is helpful to examine these within discrete subject areas such as natural resources, industry, infrastructure, biodiversity and human impacts.

This approach is illustrated by an examination of Alberta’s forests and the associated climate change risks, opportunities and adaptive measures. Climate change is expected to cause changes to species distribution, with trees shifting northward in latitude and upslope in altitude. As well, disturbance regimes – such as fire, pest and disease outbreaks, and drought – are likely to increase. This will impact the quality and quantity of timber supply, thereby negatively affecting the timber industry. On the other hand, warmer climates and longer growing seasons may create new opportunities for forestry in more northern communities.

Adaptation for Alberta’s forests could be achieved, in part, by updating and incorporating adaptive measures into our forest management practices. These might include measures such as assisted tree migration, developing drought tolerant and pest resistant genotypes, and ex situ preservation of rare populations. It is important to note that any such measures are closely linked with biodiversity issues and so must be implemented with caution. Adaptive measures could be put into place via legislative changes (for instance, to the Forests Act and its regulations) and quasi-legal instruments (such as forest management certification standards).

Adaptation is a necessary complement to climate change mitigation.Adaptation can provide a path to deal with the risks and use the opportunities created by climate change impacts. Some progress is being made especially in terms of engagement, awareness and planning. However, there is still limited implementation of adaptive measures. Implementation action is hampered by limited resources, gaps in knowledge and technology, and a lack of political will. In order to maintain the capacity of Alberta’s social, economic and environmental systems, we need continued efforts to address these barriers and implement adaptive measures.

Climate change is undeniably a complex and multi-faceted crisis, and success will need to take many forms. This is where a strong regime of both mitigation and adaptation efforts will be required. What these efforts will look like will depend on location and sector, but Alberta, with its strong history of energy production and vast natural resources, will have a strong upper hand – if we put our minds to it. The sooner, the better.

Rebecca Kauffman is Staff Counsel at the Environmental Law Centre in Edmonton, Alberta.