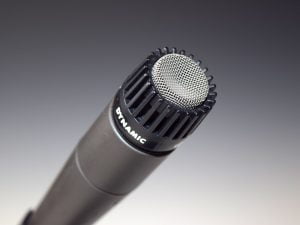 The core values which free expression promotes include self-fulfilment, participation in social and political decision-making, and the communal exchange of ideas. Free speech protects human dignity and the right to think and reflect freely on one’s circumstances and condition. It allows a person to speak not only for the sake of expression itself, but also to advocate change, attempting to persuade others in the hope of improving one’s life and perhaps the wider social, political and economic environment.

When Canadians think of freedom of expression, they normally think of the right to say something. What about the state imposing a duty upon us to say certain things? If we have free expression, should we not be able to refuse to express what the state commands? Or, viewed another way, does the constitutional right to expression include the right from expression?

There are numerous examples of these ‘compelled speech’ scenarios. Human rights legislation across the country now makes it a regulatory offence to discriminate against others on the basis of “gender identity” or “gender expression”. Human Rights Commissions have signaled that they will consider it unlawful discrimination for an employer, landlord or business person to use historical pronouns when referring to a transgender individual. To escape legal sanction, these private parties must adopt and voice certain prescribed pronouns.

If words convey a meaning of some kind, it follows that the refusal to express them also conveys meaning.Last year, the federal government peculiarly required applicants for a job grant program to endorse their unqualified devotion to a controversial social, religious and political perspective. The Law Society of Ontario proposed to oblige its members in the same way and dictate their words and conscience. (To be clear, this is not the same as requiring persons to follow the law in effect.)

The governing body of physicians in Ontario compels – under pain of professional discipline or de-certification – their members who have a religious or conscientious objection to birth control, abortion or medically-assisted suicide to effectively refer patients to another physician who has no similar objections. This case, which will be ultimately decided by the Supreme Court of Canada, was argued on the Charter grounds of conscience and religion, but freedom of expression concerns also arise.

Public sector employees, regardless of their views on the issue, may be instructed by their managers to utter indigenous acknowledgements in public gatherings.  Likewise, whistleblowing policies may compel reporting of wrongdoing.

The various forms of this compelled speech may not be Charter compliant.

To Express is to Convey Meaning

The courts have developed a large and liberal interpretation of this important right set out in section 2(b) of the Charter. The right to free expression promotes individual self-fulfilment and human flourishing. Indeed, the Irwin Toy decision called expression a “democratic commitment” because:

seeking and attaining truth is an inherently good activity, participation in social and political decision-making is to be fostered and encouraged and diversity in forms of individual self-fulfillment and human flourishing ought to be cultivated in a tolerant and welcoming environment for the sake of both those who convey a meaning and those to whom meaning is conveyed.

Protected in the constitutional freedom of expression is activity that conveys or attempts to convey a meaning, to have a communicative purpose. Apart from violent expression, the courts are content neutral in the sense that they do not judge the truth or value of the expression. If words convey a meaning of some kind, it follows that the refusal to express them also conveys meaning.

Tobacco Packaging and Other Compelled Expression

The right to free expression promotes individual self-fulfilment and human flourishing. In the Supreme Court of Canada decision of RJR-MacDonald v Canada from 1995, federal legislation required the packaging of cigarettes and other tobacco products to present prescribed warnings of health risks. Since the warnings were unattributed, one might think they were the manufacturers’ beliefs and statements when instead they were authored by the federal government. The tobacco manufacturer could place none of its advertising on its own packages it produced for commercial sale. The Court tossed out this law as unconstitutional on the basis that “the freedom of expression necessarily entails the right to say nothing or the right not to say certain things.”

An order by government or an arbitrator to an employer to write and deliver a letter of reference with stipulated terms was held to violate the right to free expression. However, since the stipulated terms were “only objective facts that are not in dispute”, the Court found that it was justified as a minimal intrusion under section 1 of the Charter (see Slaight Communications v Davidson).

In Lavigne v Ontario Public Service Employees Union, an employee objected to being forced to join a union or to pay union dues spent by the union to support causes the worker did not want to benefit. The Supreme Court of Canada said the forced collection of union dues was not expressive activity. Even if this was expressive activity, forced unionization and dues did not necessarily imply support for the union’s views or prevent the dissenting worker from expressing his own contrary views.

… does the constitutional right to expression include the right from expression?Some permanent residents challenged the oath of allegiance on the basis that it referred to the Queen. In 2014, the Ontario Court of Appeal in McAteer v Canada reasoned that these dissidents misunderstood the true nature of Canada’s constitutional monarchy so the extant oath of allegiance did not infringe their freedom of expression.

Compelled expression has not yet seen the range and volume of challenges under section 2(b) of the Charter compared to the permissive side of this right.  Nevertheless, the compelled perspective continues to be alive with increasing government constraints in realms of activity as wide-ranging as official languages, disclosure of journalists’ sources, and mandatory self-reporting of regulatory non-compliance. The legal principles that illuminate the right to free expression ought to equally govern the right from expression.