In the past 2 months alone, you’ve probably heard about the recent food recall warnings on beef and romaine lettuce. Did you know that we have a law in Canada that deals with product safety and recalls?

The Canada Consumer Product Safety Act (“CCPSA”) regulates consumer products that pose or might pose a danger to human health and safety. Since the CCPSA came into force on June 20, 2011, over 7,000 items have been recalled in Canada. Consumer products, food, health products and vehicles – you name it. 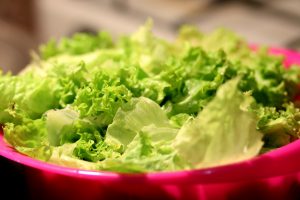 Before the CCPSA (which was also known as Bill C-36), Part I of the Hazardous Products Act governed the health and safety of consumer products. Enacted in 1969, Part I of that Act covered products that were restricted through regulation or prohibited from being advertised, sold or imported into Canada.

The Act regulated approximately 30 products and product categories (for example, toys and chemicals) and prohibited 25 others (for example, baby walkers). For consumer products that posed a health or safety risk (but were not prohibited or regulated under the Act), it was up to industry to voluntarily issue and manage a product recall. The federal government’s power was limited to issuing a public warning and, if necessary, taking steps to regulate or prohibit products under the Act. Not only were there concerns about the Act’s limited application, there were concerns about it not keeping up with the swathe of consumer products entering the Canadian market.

2007 was a particularly rough year for product safety in Canada. Tainted pet food, spinach contaminated with E. coli, contaminated toothpaste and unsafe children’s toys were among some of the 90 products recalled that year. To put that in perspective, there was almost 3 times the number of product recalls in 2007 compared to 2006. Compounded with increasing concerns about the global nature of the marketplace for consumer goods and other products, the federal government had to make decisions about modernizing Canada’s approach to product safety. So in December 2007, then-Prime Minister Stephen Harper introduced the Food and Consumer Safety Action Plan and committed $113 million over two years to implement it.

The legislative path to what we now know as the CCPSA was a little bumpy. The government introduced two different bills to replace Part I of the Hazardous Products Act. One died when Parliament was dissolved in 2008 and the other died when Parliament was prorogued in 2009. Finally, the government introduced Bill C-36, An Act respecting the safety of consumer products, in the House of Commons on June 9, 2010. It received royal assent on December 15, 2010.

The CCPSA consists of a preamble and 76 clauses. Its purpose is to protect the public by addressing or preventing dangers to human health or safety posed by consumer products in Canada. This includes consumer products circulating within Canada and those that are imported. The CCPSA carves out certain exceptions to its application in Schedule 1.

Issues have also been raised as to how often, if at all, Health Canada imposes fines under the CCPSA.Under the CCPSA, a “consumer product” is a product (including its components, parts or accessories) that you can reasonably expect an individual to obtain. It is a product used for non-commercial purposes, including domestic, recreational and sports purposes.

“Danger to human health or safety” under the CCPSA means any unreasonable hazard (existing or potential) posed during a consumer product’s normal or foreseeable use. For example:

The death or adverse effect does not have to occur immediately after exposure to the hazard.

The Canada Consumer Product Safety Act (“CCPSA”) regulates consumer products that pose or might pose a danger to human health and safety.The offences for failing to comply with the CCPSA and its regulations are complex and severe. For example, a person who contravenes the CCPSA (other than sections 8, 10, 11 or 20) or its regulations could be fined up to $5 million or imprisoned for up to two years, or both. Due diligence is a defence for this type of offence. As long as the person (individual or corporation) shows that they exercised a level of judgment, care, prudence or activity that a person would reasonably be expected to exercise, then they might be found not guilty.

Sections 8, 10, 11 and 20 of the CCPSA mostly have to do with the advertising and selling of goods, misleading claims, and false and misleading information. A person who contravenes these provisions, or knowingly or recklessly contravenes other provisions of the CCPSA or its regulations, can be fined (at the court’s discretion) or imprisoned for up to 5 years. For a first offence, there is a fine of up to $500,000 or up to 18 months’ imprisonment, or both. For a subsequent offence on summary conviction, there is a fine of up to $1 million or imprisonment of up to 2 years, or both. The defence of due diligence is not available in these circumstances.

Whether we realize it or not, the CCPSA has been a major development in consumer protection law in Canada within the last 20 years. Compared to its predecessor, the CCPSA was a legislative step forward in dealing with the expanding marketplace for consumer products in Canada. That said, critics have raised issues about the CCPSA over the years.

According to a 2016 case study done by the Centre for Public Impact, while some progress has been made through the CCPSA, Health Canada has failed to enforce the legislation strongly enough. As they point out, Canada’s auditor general in 2016 found:

[Because] Health Canada fails to systematically verify that industry is reporting incidents and submitting cosmetic notifications, health and safety issues may go unnoticed for extended periods. Furthermore, the Department cannot assure Canadians that it has acted promptly to address risks or that it has been effective in holding industry accountable for non-compliance.

While the auditor general’s report was done in the context of chemicals in consumer products and cosmetics, its observations about systemic lapses in incident reporting are concerning. Recent departmental reports on Health Canada indicate that it is working on addressing issues raised by the auditor general.

… there was almost 3 times the number of product recalls in 2007 compared to 2006.Issues have also been raised as to how often, if at all, Health Canada imposes fines under the CCPSA. Questions also remain as to whether the existing mandatory industry reporting and stiff penalties actually deter industry from manufacturing, importing and selling unsafe consumer products. After all, consumers continue to be barraged with what seems to be similar product recalls every so often – do pre-washed salads and frozen chicken products sound familiar, anyone?

As suggested by some critics, the CCPSA’s enforcement issues come down to lack of resources. There is not enough staff and money allocated to consumer products in Health Canada’s overall budget. Until that changes, the CCPSA can only accomplish so much.