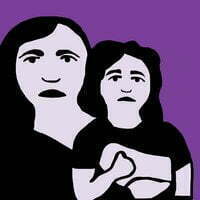 Last year at this time the Centre for Public Legal Education Alberta (CPLEA) published an issue of LawNow titled When It Hurts to Be Home addressing the theme of abuse and the law.

The Centre for Public Legal Education (CPLEA) has a long history of providing accessible legal information in plain language to victims of abuse.

In the late 1990s CPLEA launched VioletNet.ca. This was one of the first websites in Canada with information about abuse and the law. The success of VioletNet.ca led to the creation of Rosenet.ca. This was a website specifically designed to meet the unique needs of immigrant women in abusive relationships.

Since the launch of these websites CPLEA has continued to create new resources and publish research on this topic. CPLEA recently completed a research project on the residential tenancies issues of victims of domestic violence.

WillowNet.ca connects Albertans with legal information about relationship abuse. It has general information, as well as information targeted to specific audiences, including newcomers to Canada and people in same-sex relationships. It also has information for post-secondary students who want to address gender-based violence on their campus.

People often turn to friends, family, or support workers when they are experiencing abuse. WillowNet.ca has information for people who are supporting someone in an abusive relationship.

WillowNet.ca is a new website that was created in partnership with Northern Lakes College and with financial support from Status of Women Canada. It was developed using a gender-based analysis and best practices identified through CPLEA’s past research on developing websites for women in abusive relationships. 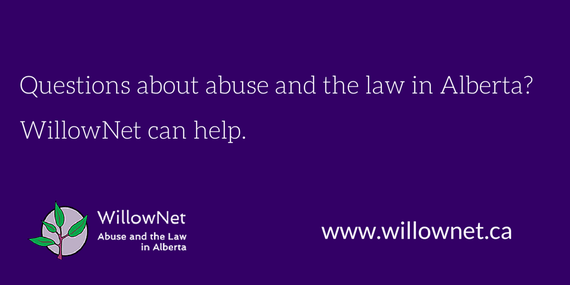 About Ryan Day
The Centre for Public Legal Education respectfully acknowledges that we are located on Treaty 4, 6, 7, 8 and 10 territories, the traditional lands of First Nations, Métis, and Inuit.