In 1972, Christopher D. Stone wrote an article entitled “Should Trees Have Standing? – Towards Legal Rights for Natural Objects”. This article is still, even today, mentioned every time there is a discussion on legal rights and natural objects.

In his article, Stone suggested that we give legal rights to natural objects such as forests, oceans, rivers, etc. In other words, to the natural environment as a whole.

It is not inevitable, nor is it wise, that natural objects should have no rights to seek redress in their own behalf. It is no answer to say that streams and forests cannot have standing because streams and forests cannot speak. Corporations cannot speak either; nor can states, estates, infants, incompetents, municipalities or universities. Lawyers speak for them, as they customarily do for the ordinary citizen with legal problems. One ought, I think, to handle the legal problems of natural objects as one does the problems of legal incompetents – human beings who have become vegetable. If a human being shows signs of becoming senile and has affairs that he is de jure incompetent to manage, those concerned with his well being make such a showing to the court, and someone is designated by the court with the authority to manage the incompetent’s affairs. The guardian … then represents the incompetent in his legal affairs. Courts make similar appointments when a corporation has become ‘incompetent’ – they appoint a trustee in bankruptcy or re-organization to oversee its affairs and speak for it in court when that becomes necessary. (See: Stone at p 464.) 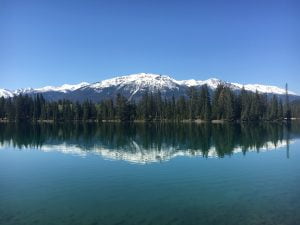 In 1993, Tony Oposa, a Filipino citizen, sued the Philippine government on behalf of 43 Filipino children for neglecting the country’s forest resources. The trial court ruled that there was a lack of legal personality to sue and dismissed the case. However, the Philippine Supreme Court supported the legal standing and the right of the children to start the lawsuit on their behalf and on behalf of future generations.

In 2008, the new Ecuadorian Constitution incorporated a chapter called Rights for Nature. This chapter acknowledges that nature has the right to integral respect for its existence and for the maintenance and regeneration of its life cycles, structure, functions and evolutionary processes. It also states that all persons, communities, peoples and nations can call upon public authorities to enforce the rights of nature (article 71).

In 2014 in New Zealand, the Te Urewera Act declared the land that comprised Te Urewera National Park as a legal entity with an “identity in and of itself” and encouraged people to take care of it. The Act established a board to manage Te Urewera and to represent its interests. The board has representatives of the Crown and of Tūhoe, the tribal group exercising mana whenua (traditional status, rights and responsibilities) over most of the national park land. The Act settled the historic grievances of Tūhoe.

Moreover, in 2017, the New Zealand government enacted the Te Awa Tupua Act (Whanganui River Claims Settlement) in order to settle the historical claims of Whanganui iwi (indigenous descent groups) as they connect to the river. The Act recognized that Te Awa Tupua was as “an indivisible and living whole, comprising the Whanganui River from the mountains to the sea, incorporating all its physical and metaphysical elements”. The Act declared Te Awa Tupua a legal person and established the office of Te Pou Tupua. The office includes two persons with interests in the Whanganui River: one nominated on behalf of the Crown, the other nominated by iwi. Te Pou Tupua will act on behalf of Te Awa Tupua.

Inspired and encouraged by New Zealand laws, a court in the northern Indian state of Uttarakhand gave the Ganges and its main tributary, the Yamuna, the status of living human institutions. The court declared that the Ganges and Yamuna rivers and their tributaries would be “legal and living entities having the status of a legal person with all corresponding rights, duties and liabilities”. Therefore, contaminating the rivers will be legally equivalent to hurting an individual. In order to protect the rivers and their tributaries, three officials are appointed as legal custodians. The court ordered that a management board be established within three months.

The Yumanotri and Gangotri glaciers feed the Yumana and Ganges rivers, both of which the court considered to be “sacred and revered… central to the existence of half the Indian population”. The court stated that both the Yumanotri and Gangotri glaciers are receding quickly and there is a “moral duty to protect the environment and ecology” from the severe risks of climate change and pollution. (See: Erin O’Donnell and Julia Talbot-Jones, Will giving the Himalayas the same rights as people protect their future?)

The Uttarkhand High Court declared that “climate change was one of the major threats to the glaciers that required giving them personhood”. The Court added that “the very existence of the rivers, forests, lakes, water bodies, air and glaciers is at stake due to global warming, climate change and pollution”.

Furthermore, in Colombia, 25 plaintiffs – ranging in age from 7 to 26 and supported by the human rights organization Dejusticia – filed a lawsuit against the Colombian government requesting protection of their right to a healthy environment. They stated that the government failed to stop the deforestation of the Amazon, threatened their future, and violated their constitutional rights to a healthy environment, life, food and water.

In 2018, Colombia’s highest court sided with the plaintiffs and ordered the government to take urgent action to protect the Amazon and its increased deforestation. The court said that “Colombia saw deforestation rates in its Amazon region increase by 44 percent from 2015 to 2016”. The court added: “it is clear, despite numerous international commitments, regulations … that the Colombian state has not efficiently addressed the problem of deforestation in the Amazon”.

… many countries have enacted laws that recognize natural objects as legal entities.The judges said that “the Amazon’s destruction leads to imminent and serious damage to children and adults for both present and future generations”. They stated that “deforestation is a key source of greenhouse gas emissions driving climate change, which damages ecosystems and water sources and leads to land degradation”.

The court added that “for the sake of protecting this vital ecosystem for the future of the planet,” it would “recognize the Colombian Amazon as an entity, subject of rights, and beneficiary of the protection, conservation, maintenance and restoration” that national and local governments are obligated to provide under Colombia’s Constitution. The court asked the President and different ministries and administrative agencies “with the participation of the plaintiffs, affected communities, and the interested population in general” to submit action plans within four months to fight deforestation in the Amazon.

Governments and courts in other countries should consider these laws and rulings. In Canada, natural objects do not have legal personality. However, according to scientists, climate change is causing glaciers in Alberta, British Columbia and Yukon to melt quickly, threatening to raise water levels and create deserts.