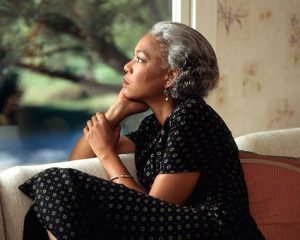 The test is whether a reasonably informed bystander could reasonably perceive bias on the part of an adjudicator.

If all the considerable bend in the Canadian legal system was to be reduced to one word, that single word would be “reasonable.”  Legislators, law students, lawyers and judges all know they can safely qualify what they intend to communicate by inserting the word “reasonable” in their legislation, exam answers, written and oral submissions and judicial decisions.

The universality of “reasonableness” in the law reflects the uncountable nuances and gradations of life itself.  Law and legal procedure can rarely set down strict rules and standards for human behaviour because they cannot predict what people will do and for what reasons.  People and their individual lives are not a “one size fits all” proposition and – if there is to be fairness and justice – the law must also be elastic in its governance of human behaviour.

This article takes a tour through the reasonableness concept in legislation, common law and equity.  The purpose is to convey an idea of the range of law and procedure that is mediated by the reasonableness standard, or even double standards of reasonableness as the Nicholson test prescribes above.

The Spectrum of Legal Reasonableness

Reasonableness inhabits the full span of Canadian law as the following categories demonstrate.

Some 536 separate reasonableness standards are embedded in the Criminal Code.

In real estate law, land use zoning and development criteria and approvals are subject to reasonableness.  Both the common law and legislation in residential tenancies law provide that consent to an assignment and sub-let cannot be unreasonably withheld by the landlord.  The reasons for refusal must be reasonable.  The Alberta Residential Tenancies Act also creates objective standards of a “reasonable landlord” and a “reasonable tenant” (http://canlii.ca/t/52s97.  The landlord may not enter the premises without consent unless there are reasonable grounds that an emergency exists or that the tenant abandoned the premises.  It would be impossible for the legislature to generate a conclusive list of evidence that an emergency exists, so landlords must use their own judgment and be able to defend their decisions and actions as reasonable.

The legal standard for disqualifying judges and administrative decision-makers is a reasonable apprehension of bias: “To ensure fairness the conduct of members of administrative tribunals has been measured against a standard of reasonable apprehension of bias”: Nicholson v. Haldimand-Norfolk Regional Police Commissioners, (Supreme Court of Canada, 1979).

It is not reasonable force – rather it is criminal assault – to spank a child under two years or a teenager.  Nor is it reasonable to use an object to discipline a child or strike the head.The Family Law Act [http://canlii.ca/t/52vn6] refers to someone in “reasonable fear” of one’s safety, “reasonable . . . financial or other support”, and “reasonable contribution” to one’s education.  In cases of family separation, courts grant access orders simply to state that the non-custodial parent is to have “reasonable access” to the child(ren).  The parents can informally agree on a workable schedule that can be changed whenever there is a change in circumstances.  The parents are expected to contribute to “reasonable expenses” associated with supporting the child(ren).  The Divorce Act speaks of “reasonable arrangements” for the support of children and spouses [http://canlii.ca/t/52f27].

One can avoid criminal liability with a reasonable excuse.  The Criminal Code [http://canlii.ca/t/52xw4] refers to assertion of “reasonable excuse” twenty times, but does not define it.  Reasonable excuses include losing documents through flood, theft, fire, etc., serious illness, bereavement, and computer or electrical faults. 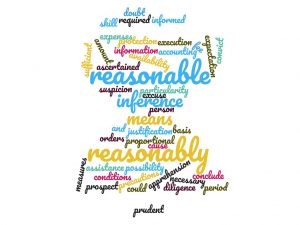 Proof of the requisite elements of the crime must be beyond a reasonable doubt in order to convict the accused.  The judge or jury must be certain beyond a reasonable doubt.  Police may arrest and detain someone on “reasonable grounds” that an offence has, or will be, committed”.  “For a peace officer to have reasonable and probable grounds for believing in someone’s guilt, his belief must take into account all the information available to him”: Chartier v. Attorney-General of Quebec (1979), 48 C.C.C. (2d) 34 at 56 (S.C.C.).  The courts have been reluctant to rigidly define what is reasonable and probable, preferring flexibility to decide on specific facts.

Parents and teachers may apply physical force that is “reasonable under the circumstances” to discipline children.  The 2004 decision from the Supreme Court of Canada of Canadian Foundation for Children, Youth and the Law v. Canada [http://canlii.ca/t/1g990] concluded that minor educative or corrective force that lasts only for a short time and is not harmful (“transitory and trifling”).  Reasonable force must pass an objective test.  It is not reasonable force – rather it is criminal assault – to spank a child under two years or a teenager.  Nor is it reasonable to use an object to discipline a child or strike the head.

Reasonable conditions are restrictions imposed on accused or convicted persons by way of probation orders or terms of interim release awaiting trial.  Young offenders might be ordered to comply with conditions not to have contact with certain individuals, to not go to certain locations, to obey curfews, etc.

Much of legislation is regulatory and the term “reasonable” is found in this legislation so that it is applied in a common sense manner.  All statutes pertaining to commercial, immigration, corporate, admiralty, labour and employment, international and competition regulation contain reasonableness standards.

One can avoid criminal liability with a reasonable excuse.  The Criminal Code [http://canlii.ca/t/52xw4] refers to assertion of “reasonable excuse” twenty times, but does not define it.  Reasonable excuses include losing documents through flood, theft, fire, etc., serious illness, bereavement, and computer or electrical faults.

Compliance with federal and provincial privacy legislation gives way to an overriding standard of reasonableness.  Organizations may only collect, use and disclose personal information for the purposes that a reasonable person would consider appropriate in that circumstance.

In bankruptcy and insolvency, the reasonable notice doctrine calls for time to be given by a creditor to a debtor to repay the debt.  To curtail abuse of the creditor’s or receiver’s power, the reasonable time allows the debtor to pay off debts before these assets are seized: R.E. Lister Ltd. v. Dunlop Canada Ltd., [Supreme Court of Canada, 1982, http://canlii.ca/t/1lpc0].

In the law of insurance, insured persons are entitled to their reasonable expectation surrounding the insurance contract, such as whether it is enforceable, interpretative benefit when the contract is ambiguous, and other terms.  Reasonable expectation replaces literal meanings that “would bring about an unrealistic result” in insurance contracts.  It facilitates insureds receiving the coverage they expected: Brissette Estate v. Westbury Life Insurance Co. [http://canlii.ca/t/1fs8c, Supreme Court of Canada, 1992]

Tax legislation has developed the “reasonable expectation of profit” doctrine to determine whether a business seeks to make a profit or merely serve as a vehicle to deduct expenses.  Factors have been developed to determine whether a particular activity was undertaken with a reasonable expectation of profit.  The flexibility balances tax evasion with the reality that not all businesses will be profitable all years.

There are many terms in contract law which embrace reasonableness principles.  If there is no deadline, an offer will lapse after a reasonable time.  What is reasonable will depend upon the mode of the communication of the offer, and the price volatility and perishability of the subject matter.

Recoverable damages must be reasonably foreseeable.  Innocent parties to a breach of contract are under a duty to take reasonable steps to mitigate their losses.  The terms of restrictive covenants (non-competition clauses) must be reasonable in respect of activity proscribed, time and territorial restriction, in order to be enforceable.

The Charter’s rights are subject to “reasonable limits prescribed by law as can be demonstrably justified in a free and democratic society”.  Reasonable residency requirements may be stipulated in order to qualify to receive social services.   We have the right against “unreasonable search or seizure.”  Persons charged with an offence have the rights to be tried “within a reasonable time” and to “reasonable bail”.

Law and legal procedure can rarely set down strict rules and standards for human behaviour because they cannot predict what people will do and for what reasons. Canadians have access to reasonable bilingual services at federal public institutions and a reasonable quality of essential public services.  Governments have committed to providing “reasonably comparable levels of public services at reasonably comparable levels of taxation.

An employee who is dismissed without cause is entitled to a reasonable notice of termination from their employer under common law.  This is the length of time or amount of pay in lieu that an employer must provide to a former employee.  What notice is reasonable will depend on context such as: duration of employment, the employee’s age, position, salary, and likelihood of finding comparable employment elsewhere: Honda Canada Inc. v. Keays [http://canlii.ca, Supreme Court of Canada, 2008]

Employers also have a duty to reasonably accommodate employees with disabilities up to the point of undue hardship.

The standard of review by appellate courts of decisions of administrative tribunals is reasonableness.  According to the 2008 Dunsmuir decision of the Supreme Court of Canada http://canlii.ca/t/1vxsm at para 47:

If all the considerable bend in the Canadian legal system was to be reduced to one word, that single word would be “reasonable.”  [S]tandards of reasonableness: certain questions that come before administrative tribunals do not lend themselves to one specific, particular result.  Instead, they may give rise to a number of possible, reasonable conclusions.  Tribunals have a margin of appreciation within the range of acceptable and rational solutions.  A court conducting a review for reasonableness inquires into the qualities that make a decision reasonable, referring both to the process of articulating the reasons and to outcomes.  In judicial review, reasonableness is concerned mostly with the existence of justification, transparency and intelligibility within the decision-making process.  But it is also concerned with whether the decision falls within a range of possible, acceptable outcomes which are defensible in respect of the facts and law.

The intentional tort of false imprisonment is made out by proof that you were restrained by the defendant, leaving “no reasonable means of escape.”  In negligence law, the average, reasonable person is a fictional person who supplies an objective standard of care in any scenario.  In 2008, the Supreme Court of Canada affirmed in Mustapha v. Culligan [http://canlii.ca/t/1wz6f] that injuries from negligence must be reasonably foreseeable.

Even the Alberta Residential Tenancies Act, which has a focused provincial scope, makes 36 specific and separate references to reasonableness.

Frequently, legislation or the common law will state an open-ended standard generally of ‘what is reasonable in the circumstances.’  This leaves considerable space for justice to be fashioned according to the facts of individual cases.

As there can be no ‘one size fits all approach to life’, because law is part of life, this ‘one size’ approach also cannot be applied to the law.  Indeed, the concept of reasonableness is the essence upon which justice can flourish in practice.

The research assistance of Bilal Siddiqui, a student at the University of Calgary, is acknowledged.  He found the bankruptcy and insurance examples.