You are here: Home / Sections / Employment / Bad Behaviour 5.0: Employees getting away with …
Reading Time: 4 minutes

Whitford was not given sufficiently clear and detailed warnings about his misconduct, was mislead [sic] by approvals granting him leave, and was not told that failure to prepare a return-to-work plan could result in his dismissal. Further, he was not caught drinking on the job, other than the one occasion when he made no attempt to hide his condition, and he did not jeopardize the safety of others. 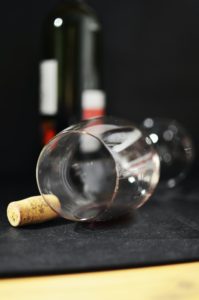 We scoured judicial and arbitral decisions across the country and found another instance of egregious employee behaviour that a Canadian court has excused. The employer fired the employee, but the judge disagreed and ordered the employer to pay damages for wrongful dismissal and court costs.

This is the latest installment of another head-scratching outcome in a dismissal-for-cause case. In reading this, one is left asking, “What was that judge thinking?”

Agrium hired Mr. Whitford out of high school, and he worked his way up to shift supervisor. In 2000, he began treatment for depression, likely induced by family issues including the death of his mother and separation from his wife. In 2002, he accepted a salaried position at Agrium, after which his supervisors began noticing an absentee problem. Later that year, Mr. Whitford accepted that he had a problem with alcohol and entered a rehabilitation program.

His supervisor supported his rehabilitation efforts. Agrium continued to pay his full salary while he attended the program and modified his responsibilities at work to reduce his stress upon return. Agrium expected Mr. Whitford to return to work in December, but instead he took another leave of absence to attend counselling. His employer expected his return to work the following February.

After completing the second program, Mr. Whitford began drinking again and exhibited “dismal attendance” at work. He would regularly check-in with his supervisor to inform him that he was not going to attend work because his doctor advised him to take more time off, he was dealing with divorce matters or he needed to fix his car. Throughout this process, a medical consultant from Agrium’s occupational health department tried to help him develop a back-to-work plan.

Employers must give express and clear warnings to employees about their behaviours and give opportunities to improve.On March 19, Agrium gave Mr. Whitford a letter stating it wanted to help him get back to work. However, if he was not able to improve this attendance, he would be dismissed. His absences continued.

On April 30, after Mr. Whitford had been absent without leave for up to six days, his supervisor called him to ask if he had a back-to-work plan. Mr. Whitford replied “no”. In the first four months of the year, he had attended work for only 21 days. Agrium terminated his employment on May 1 on the basis of absenteeism without leave and his failure to develop a back-to-work plan.

The Alberta Court of Queen’s Bench took more than six months to decide this case. It ruled the dismissal of Mr. Whitford from his employment was unjustified. Even though Mr. Whitford had not reasonably mitigated his losses, the judge awarded him 12 months of pay in lieu of notice. The judge said Agrium did not prove Mr. Whitford’s alcoholism impaired his ability to fulfill his workplace duties when considered against his otherwise good 22½-year employment record. As well, the employer had only caught Mr. Whitford drinking on the job once.

The judge said Agrium should also have issued more specific warnings to Mr. Whitford. Employers must give express and clear warnings to employees about their behaviours and give opportunities to improve. The judge in Mr. Whitford’s case said that “a single warning is generally not sufficient to give an employee an opportunity to improve, or to inform an employee that he or she is failing to meet the standards expected.”

The judge said Agrium did not prove Mr. Whitford’s alcoholism impaired his ability to fulfill his workplace duties when considered against his otherwise good 22½-year employment record.On the other hand, it is unreasonable for any worker to assume they can be paid for full time employment without coming to work. Why must employers repeatedly issue “express and clear warnings” about the essence of a job?

Early in the litigation, Mr. Whitford made a formal offer to settle the case for $94,000, payable by Agrium. At trial years later, the court awarded Mr. Whitford $81,834.78 plus interest and costs. The judge, finding Agrium should have accepted Mr. Whitford’s settlement offer, ordered Agrium to pay double the amount of costs to him.

The costs issue only – not the merits of the dismissal itself – was successfully appealed to the Alberta Court of Appeal. In the end, this case cost Agrium well over $100,000 in direct costs and major disruption.

This case illustrates the legal and practical complexities facing employers who seek to manage workers with addictions and persistent absenteeism from the workplace. Canadian judges will point to other appalling behaviours in which employees could possibly have (but did not indulge) as a straw man device to excuse the intolerable, discomfiting behaviours for which employees are actually responsible.