A Website of The Centre for Public Legal Education Alberta
You are here: Home / Feature Articles / 32-5: The Law of Equity / Equitable Doctrines and Maxims
Reading Time: 6 minutes 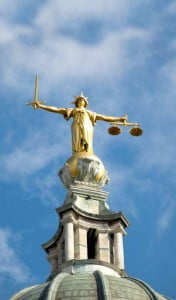 Canadian law is mainly comprised of statutes (legislation enacted by Parliament and the provincial legislatures) and common law (the body of law developed through court judgments). In addition, there is the law of equity that permits a court to grant equitable relief where there is no relief at common law, and which includes its own doctrines and maxims.

Canadian law has its origins in England. e law of equity began emerging between the 13th to 17th centuries. The original Court of Equity (the Chancellor’s Court) provided extraordinary justice when it heard cases where there was no remedy or jurisdiction at common law, thereby creating its own body of law.

Originally, the Courts of Equity followed the broad notion of natural justice, and differed from the common law courts in that equity did not have fixed rules or strictly apply the doctrine of precedent (applying or following previous case law to determine the result in the case at bar). Thus, the Courts of Equity applied its discretion to grant equitable relief.

However, by the 17th century, the law of equity began developing principles and the Courts of Equity began exercising discretion to award extraordinary justice pursuant to precedent. Eventually, the English Judicature Act was passed to combine the common law and the law of equity, and to provide that where there is a conflict between them, the rules of equity prevail.

There are similar provisions in Canadian provincial statutes requiring courts to concurrently apply the rules of common law and equity (for example, section 16 of the Alberta Judicature Act). Certain levels of courts have the jurisdiction to grant equitable relief.

Thus, those seeking equitable relief must ensure they seek it from the level of court that has the jurisdiction to grant the relief sought.

Some forms of equitable relief are: declaratory orders (binding declarations of rights); relief against penalties; granting injunctions or specific performance; and awards of financial compensation for breach of confidence. In order to advance a claim in equity, the seeker of equity must first establish facts under which the law of equity applies. Where there is conflict between common law and the law of equity, the law of equity prevails.

Some of the more common equitable maxims are:

The clean hands maxim requires that those who come to equity must come with clean hands; that equity will not grant relief where the seeker of equity has committed a wrong.

The clearest example of this maxim can be illustrated by the defence of ex turpi causa, which means that an illegal contract cannot be enforced. In other words, a plaintiff cannot profit from committing a wrong. If the cause of action arises from an illegal contract, there will be no equitable relief available to a person seeking to enforce such a contract.

This maxim focuses on the past conduct of the seeker of equity, and requires him/her to demonstrate that he/she has clean hands. For example:

Those Who Seek Equity Must Do Equity

Equity requires those who seek equity to do equity. This maxim requires that the person seeking equitable relief must act fairly towards the person whom he/she seeks the relief against. This maxim deals with the future conduct of the seeker of equity, as the court may grant equitable relief to the plaintiff on such terms and conditions as the court deems appropriate. Thus, the plaintiff is obligated to fulfill such terms and conditions.

Equity Considers Done That Which Ought To Be Done

Another maxim states that equity regards as done that which ought to be done. This means that where a party was required to perform an obligation such as in contract law, equity would apply to consider the parties to be in the relative positions they would have been in if the obligation had been performed. As such, this maxim applies in favour of the party who was entitled to performance of a contract.

For example, where pursuant to a contract, John Doe was required to do something for Jane Smith but failed to do so, or completed only part performance of the contract, then equity would apply to place the parties in the positions they would have been in relative to each other if John Doe had actually completed his obligations. Thus, this maxim applies where the defendant was bound in equity to perform an obligation for the plaintiff and focuses on the effect or consequences that would have flowed from completion of the original contract.

This maxim deals with the defence of laches to equitable relief. Laches means unreasonable delay such that the granting of relief would produce inequitable results.

Laches is more than mere delay, and instead implies neglect to do what ought to have been done. Thus, the maxim means that a party who delays in enforcing rights will not be able to seek equitable relief.

The equitable maxim that delay defeats equity is a general but not an absolute principle. For instance, the defence of laches does not apply where the plaintiff failed to enforce his rights because he was not aware of them unless the concept of constructive knowledge applies.

It should also be noted that the defence of laches and defence of acquiescence will not apply where the plaintiff does not in fact suffer any prejudice or change in position as a result of the delay itself.

Furthermore, the maxim of delay defeats equity will not apply where the conduct of the defendant is such as to render the success of the defence to be inequitable. For example, the defendant does not herself come to equity with clean hands because the delay was caused by the fraud of the defendant.

Most notably, the courts of equity will not consider the defence of laches in a vacuum, but consider it in the context of all equitable principles and maxims in determining whether to grant relief or not.

The law of equity is as important in Canadian law as statute law and common law. It operates to provide equitable relief when there is a recognizable right but no remedy under the common law. The law of equity has developed over centuries to provide equitable doctrines and equitable maxims. These provide guidelines to the courts of equity in determining whether to exercise its discretion to grant equitable relief with the overriding objective of ensuring justice is met.