A Website of The Centre for Public Legal Education Alberta
You are here: Home / Special Report / 41-1: The Law and Media / Freedom of Expression, Publication Bans and the Media
Reading Time: 8 minutes 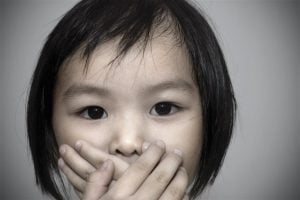 The issue of publication bans in the context of criminal matters ordered by the courts became more complex with the advent of the Internet. Some may remember when the criminal proceedings of Karla Homolka were subject to a publication ban. There were several alleged breaches of the ban when the close proximity to the United States and the inability for an Ontario court order to apply to the United States, coupled with public access to the Internet, effectively nullified the court’s order. In addition, in 2005, author Stephen Williams was sentenced for violating a publication ban by including details of the criminal activities of Homolka and Paul Bernardo in two books (Nick Pron and Robert Benzie, “Bernardo Author called ‘a criminal’ Stephen Williams guilty of breaking publication ban” Toronto Star (15 January 2005) online: http://www.thefreeradical.ca/moviesBernardo/articlesOnStephenWilliams.html).

Social media, the Internet, and other advanced methods of communication have resulted in the public hearing more about cases before trial than previously. A publication ban is a court order that prohibits the public or the media from circulating certain details of a judicial procedure that is normally public. Often publication bans are issued when a victim or witness may be somehow hindered by having their identity openly broadcast in the media. Sometimes there is a concern that the publicity may affect the outcome of the case or violate the accused’s right to a fair trial. Publication bans can be ordered because they are required by statute (e.g., the Criminal Code) or they may be ordered when a judge has the discretion to ensure an accused person’s right to a fair trial needs to be protected by a publication ban.

Because freedom of expression is enshrined in the Canadian Charter of Rights and Freedoms (“Charter”) section 2(b), any limits on this right must be defended by the government under Charter s 1 as being reasonable and justifiable in a free and democratic society. At the same time, the public’s right to know about judicial proceedings may also have to be weighed against the accused’s Charter right to a fair trial.

The leading case involving publication bans is Dagenais v Canadian Broadcasting Corp, [1994] 3 SCR 835 (“Dagenais”). Four former and current members of a Catholic religious order were charged with physical and sexual abuse of young boys in their care at Ontario training schools. The accused applied to court for an injunction stopping the CBC from airing and publicizing The Boys of St-Vincent, which was a mini-series depicting a fictional account of sexual and physical abuse of children in a Catholic institution in Newfoundland. The lower court granted the injunction, prohibiting the broadcast of the mini-series anywhere in Canada until the end of the four trials. The Court of Appeal of Ontario affirmed the publication ban but limited its scope to Ontario and Montreal, and also reversed any order about banning the publicity about the proposed broadcast. The majority of the Supreme Court of Canada (“SCC”) set aside the publication ban.

A publication ban should only be ordered when:

(a) Such a ban is necessary in order to prevent a real and substantial risk to the fairness of the trial, because reasonably available alternative measures will not prevent the risk; and

(b) The salutary effects of the publication ban outweigh the deleterious effects to the free expression of those affected by the ban.

If the ban fails to meet this standard (which clearly reflects the substance of the Oakes test applicable when assessing legislation under s. 1 of the Charter), then, in making the order, the judge committed an error of law and the challenge to the order on this basis should be successful.

The Canadian Journalists for Free Expression believe that publications bans are overused and often too broad ..Thus, Dagenais introduced the idea of weighing the salutary (positive) effects of the publication ban against the deleterious (damaging) effects to the freedom of expression of those affected by the ban. This raised the consideration of the effect on freedom of expression to an important factor that must be balanced with the right to a fair trial.

More recently, in Toronto Star Newspapers Ltd. v Canada, 2010 SCC 21, [2010] 1 SCR 721 (“Toronto Star”), the Supreme Court of Canada considered two high profile cases—a murder case in Alberta and an Ontario case involving terrorism-related offences. Criminal Code s 517 requires that, if an accused applies, a justice of the peace must order a publication ban applying to the evidence and information produced to the representations made at a bail hearing and to any reasons given for the order. Several media organizations challenged the constitutionality of the publication bans as violating their freedom of expression. In Alberta, the lower court allowed the media’s application, but the Alberta Court of Appeal set aside the order and upheld the constitutionality of s 517. The SCC dismissed the media’s appeal. In Ontario, the media’s application was dismissed by the lower court, but the Ontario Court of Appeal allowed the media’s appeal in part, finding that s 517 was too broad, and reading it down to exclude bans for any cases in which the accused would not be tried by a jury. The SCC allowed the appeal and upheld the constitutionality of s 517.

When two protected Charter rights come into conflict, they must be balanced in a way that fully respects both rights.The majority of the SCC distinguished Dagenais, because that case applied to discretionary publication bans (i.e., where the judge may or may not order a publication ban based on his or her discretion). The Toronto Star case applied to a mandatory statutory publication ban (i.e., the judge must order a ban).  The SCC noted that while the publication ban in s 517 violated freedom of expression, it was justified in a free and democratic society. The limitations on publication of bail hearings ensure that the accused receive a fair trial. The accused should be focusing on the upcoming criminal process and not on whether they should compromise their liberty in order to have evidence aired outside the courtroom. The media is still permitted to publish the identity of the accused, to comment on the facts and the offence for which the accused has been charged and for which a bail application has been made, and its outcome. The ban is only temporary and ends once the accused is discharged after a preliminary inquiry or at the end of the trial.

In the 2012 case of AB v Bragg Communications Inc, 2012 SCC 46, [2012] 2 SCR 567 (“Bragg”), the issue of publication bans arose in the context of cyberbullying. A 15-year-old girl discovered that someone had posted a fake Facebook profile using her picture, a slightly changed version of her name, and other identifying information. The picture also was accompanied by unflattering comments about her appearance and sexually explicit references. The girl (through her father) brought an application for a court order requiring the Internet provider to disclose the identity of the person(s) who had used the IP address to publish this profile so that potential defendants to a defamation action could be identified. She also applied to be anonymous and for a publication ban on the content of the profile. Two media groups opposed her request for anonymity and for the ban. The Supreme Court of Nova Scotia granted her request that the Internet provider disclose information about the publisher of the profile, but denied the request for anonymity and the publication ban because there was insufficient evidence of specific harm to her. The Court of Appeal upheld the decision because the girl had not proven the evidence of harm to her, which would justify restricting access to the media.

The Canadian Journalists for Free Expression believe that publications bans are overused and often too broad (Peter Jacobsen, “The Problems with Publication Bans” (29 May 2015)) online: < http://www.cjfe.org/the_problems_with_publication_bans) (“CJFE”).  The result is that the public is not able to scrutinize the court system in a timely fashion (CJFE). Also, CJFE notes that mandatory publication bans can place victims and their advocates in the difficult position of hoping they will not be prosecuted if they violate the ban. They cite the situation of Rehtaeh Parsons in Nova Scotia, who was a victim of cyberbullying and child pornography, and who committed suicide at age 17. Because the nature of the charges against the two young men involved required a mandatory publication ban, Rehtaeh’s parents were technically violating the Criminal Code when they advocated against cyberbullying, although the Nova Scotia Attorney General indicated it would not be prosecuting anyone for using Rehtaeh’s name (CJFE).

A publication ban is a court order that prohibits the public or the media from circulating certain details of a judicial procedure that is normally public. Often publication bans are issued when a victim or witness may be somehow hindered by having their identity openly broadcast in the media. While publication bans are implemented in part to assist in the guarantee of a fair trial under Charter s 11(d), the role of social media cannot be overlooked (CJFE). Social media, the Internet, and other advanced methods of communication have resulted in the public hearing more about cases before trial than previously. Thus, when discretionary publication bans are granted, the media has to apply to court to show that the ban is unnecessary or inappropriate, which can significantly delay the release of important information to the public (CJFE). This damages the public’s right to know about what is happening in our public court system. Alternatively, if one of the main purposes of publication bans is to ensure an impartial jury, courts can admonish jurors to decide cases based on what is presented to them in court, and can allow counsel to question the prospective jurors about their advance knowledge of the case, rather than imposing a publication ban (CJFE). Also, with advances in technology, there can arise numerous rumours that could be more harmful than the truth. This could even result in mistrials, which are costly, and which diminishes the public’s confidence in our legal system.

On the other hand, the Canadian Resource Centre for Victims of Crime (CRCVC) notes that in cases of sexual offences, publication bans serve to protect the identity of the victims and witnesses. One of the reasons for publication bans for victims of sexual assault is to encourage reporting of the crime. The CRCVC notes that as many as 90% of victims of sexual violence do not report their situation to the police. Victims report that they did not want anyone to know. The publication ban serves to protect the identity of the victim and witnesses. This can encourage the victims to come forward.

The law around publication bans is mostly based on the Charter right to freedom of expression, coupled with the Charter right to a fair and public trial. The Charter right to freedom of expression (freedom of the press) can only be limited if the government is able to justify its limitation. At the same time, the government has an interest in ensuring victims of sex crimes come forward and are protected. The Homolka and Bernardo cases contained all of these aspects (right to a fair trial, freedom of expression (freedom of the press), protection of the privacy of the victims). In addition, these cases also demonstrated that the law is having difficulty keeping up with advances in technology. Certainly, wherever possible, publication bans should be carefully crafted to protect only those aspects that are absolutely necessary to ensure a fair trial, while protecting victims and allowing the public to know the real facts of the situation in a timely fashion.