In 1977, Stevie Nicks of Fleetwood Mac sang “Gold Dust Woman, … take your sliver spoon , dig your grave.” A mere two years later, Margaret Thatcher was elected prime minister of Britain. She declared there is no such thing as society, and progressive politics based on democratic socialism must be defeated at every turn. Shortly thereafter, Ronald Reagan, a huge fan of the scriptwriter-turned-novelist Ayn Rand, became President in the biggest performance of his acting career. Although the Reagan Revolution entailed a war on drugs, the use of illicit drugs such as cocaine skyrocketed in the decade whose catchphrase was “greed is good.” However, it is my contention that Reagan and his circle didn’t need cocaine – they had the writings of the cult novelist Ayn Rand to offer a high every bit as exhilarating and potentially lethal (for their society).

The message that clangs through loud and clear is that any attempt to regulate the lives of men and business interests is simply an impediment to freedom.Indeed, the legions of Rand fans must be inhaling some mysterious essence to continue propelling her novels The Fountainhead and Atlas Shrugged to the top of the “most influential novels of all-time” charts. Sadly, in my view, such crude political (and legal) romances – which from start to finish extoll a ‘survival of the fittest’ mentality – have had a truly dangerous influence. This influence stretches beyond the attitudes of many readers to undoubtedly the practical philosophies of an astonishingly large number of powerful men and women in the worlds of politics and business.

After reading an excellent work of cultural criticism, I have gone back to struggling to work through the 1946 novel, The Fountainhead, with its uber-macho hero, architect Howard Roark. Before analyzing the role that the law and the wider legal system plays in Rand’s novels, I want to first explore the massive influence a mere cult novelist has been able to exert. This is so even though her writing skills are mediocre at best. Nonetheless Rand injects directly into the bloodstream of readers a cascading, super-charged plot, and populates her novels with isolated, elitist protagonists. These apparently afford those under her spell the ultimate dopamine hit. Although said to be novels of idea, it is really their appeal below the surface of rational argument that one must dissect in order to make sense of the Rand phenomenon.

I want to focus on political developments in two of the major nations in the Anglophone world, the U.S. and Britain, and the significant role of Rand’s novels in understanding the worldview of the Donald Trump and Boris Johnson teams. 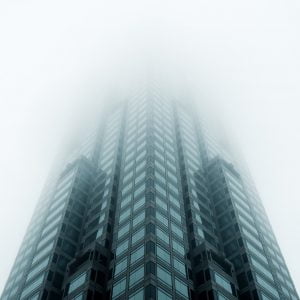 Trump is no great reader but he has gone out of his way to praise The Fountainhead and to express his admiration for its ability to “relate to everything.” Rex Tillerson (fantastically wealthy oil executive turned Secretary of State) and Mike Pompeo (Tillerson’s replacement after he joined the lineup of those ejected from the Trump Team’s Tilt-A-Whirl ride) are huge Rand fans. Further, when we examine the type of judges that Trump will appoint in droves to the various courts, right up to the Supreme Court, we can look no further than Clarence Thomas. Thomas has sat on the Court for 18 years and has done much to mould America’s understanding of the Constitution as a document that assists the wealthy and powerful. Thomas each year reportedly requires that all of his law clerks watch the film version of The Fountainhead as a primer on the ideal approach to matters of law and morality. He is one of many justices who marry a fanatical commitment to neoconservative social views with market fundamentalism. He has ruled, for instance, that regulation of child labour is beyond Congressional oversight and is better left to the market. Under his theory of the Constitution, civil rights laws banning whites-only lunch counters would also be invalid. Further, he is a strong advocate of interpreting free speech as trumping any attempt to limit campaign spending during elections (see Citizens United, the 2010 decision of the Supreme Court).

Turning our gaze across the Atlantic to Britain, we find another nation that has embraced a corporatist neo-liberal agenda more aggressively than the majority of democratic nations since the onset of the Thatcher Revolution of the 1980s. This month sees the winning of power by a confirmed Thatcherite, Boris Johnson. As with his good friend Trump, so too we note in the Johnson cabinet a number of confirmed Randians who give every indication of wishing to pursue an astonishing anti-egalitarian agenda. Johnson himself is fresh off the recent prorogation debacle. The High Court dealt a mortal blow to his attempt to prevent other members of Parliament in the House of Commons from weighing in on the merits or otherwise of his Brexit arrangements by peremptorily shutting down the institution. It ruled that he had violated constitutional norms as there was no reason offered and certainly no valid reason for his autocratic move. The High Court ruled the prorogation to be completely illegal.

Trump is no great reader but he has gone out of his way to praise The Fountainhead and to express his admiration for its ability to “relate to everything.”Johnson’s cabinet will feature several individuals who favour a dog-eat-dog ethos. One such individual is Priti Patel, a lobbyist for Big Tobacco who was recently Home Secretary and who repeatedly calls for extreme punishment for criminals, ignoring the value of rehabilitation of offenders. Further, she contributed to the Tory pamphlet, Britannia Unchained, which denigrates British workers as “amongst the worst idlers of the world.” There is also Sajid Javid, most recently the Chancellor in the Theresa May government. He is an unabashed advocate of a “greed is good” economics philosophy and specifically seeks to channel the character Howard Roark to spur his vaunting ambitions. With hard-faced men and women with these attitudes dominating the new government, perhaps we will see a return to Dickensian levels of inequality, with fewer and fewer supports for the most vulnerable.

Reading The Fountainhead now is a rather jaw-dropping experience. For a novel that has inspired countless leaders in politics, law and business, it is rather, well, appalling. A romance – very much of the love then hate then lust variety – sees the tempestuous Dominique Francon fall for the strong and silent “lone rider” Howard Roark, once she has submitted to him. By submission, I mean a literal rape. The language gets to the point with remarkable candour: “He did it as an act of scorn. Not as love, but as defilement. … One gesture of tenderness from him – and she would have remained cold.” Rand goes on to describe the violent intercourse as the act of a master taking shameful, contemptuous possession.

The villain of the novel, Ellsworth Toohey, is a complete caricature of the committed socialist thinker who believes the state can better the lives of citizens through social welfare initiatives. But of course, the journalist and architecture critic is not committed to genuine socialist ideals. Rather, he uses these as a cover for his insatiable quest for more and more power. The message that clangs through loud and clear is that any attempt to regulate the lives of men and business interests is simply an impediment to freedom. Somehow the free exchange of services through contract is all that is magically needed to solve all problems. Those needing assistance from the state are mere ‘second-raters’ whose whining is best ignored and whose envy threatens the ability of towering geniuses like Roark to build their bold, visionary works.

For a novel that has inspired countless leaders in politics, law and business, it is rather, well, appalling.A ludicrous trial sees the prosecutor and Roark – naturally representing himself, and naturally disdaining any need to speak with civility and consideration to the jurors – face off with long, didactic philosophical speeches. In the fantasy world of The Fountainhead, it is hardly surprising that Roark gained an acquittal from a star-struck jury. He does so through sheer willpower and an indefatigable belief in the innate superiority of himself and the few other geniuses who are the sole contributors to the good of society. It becomes irrelevant that he placed many lives in danger by dynamiting a large public housing project merely because certain modifications were made that, in his Olympian view, detracted from the original vision. What a man of Roark’s stature wants, Roark is clearly entitled to.

As we watch the remaining period of Trump’s time in office – and as he continues to display disdain for the impeachment process and otherwise runs roughshod over the Rule of Law – we  can reflect on the concluding scene of The Fountainhead. Roark is handed a commission to design a massive skyscraper that will be an enduring monument to greatness (and to his towering ego). We read of Dominique, his ever-admiring wife, riding the elevator up, up and away. The novel ends with the two egotists towering high above the rest of the city. Trump and his entourage will no doubt continue to enjoy the “high” of contemplating that boastful conclusion and see Trump as the Howard Roark of our time. His only challenger is on the other side of the pond, as Boris Johnson and his wrecking crew prepare to mould Britain to their will.