You are here: Home / Feature Articles / 43-5: How We Make Our Laws / How Are Environmental Laws Made?
Reading Time: 5 minutes 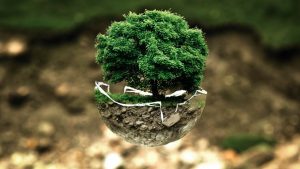 Written environmental laws come in all different sizes and shapes. For example, the Canadian Environmental Protection Act, 1999 has 356 sections, six schedules and fifty-seven sets of regulations. Other environmental laws are only one page long. Big or small, they all have a few things in common. They must be put in place by a government that has the constitutional authority to create a law about whatever it is that is being regulated. (We looked at the issue of jurisdiction in the March/April 2017 issue of LawNow.)  Also, for every law there will some kind of process that was followed to put it in place.

A federal or provincial statute can also say that rule-making authority is delegated to an agency or to a government official (often called a ‘director’) who is appointed under the authority of the Act. These officials have only the rule-making power that the statute or regulation gives them. Laws are usually defined as rules that are enforceable using state power. If you break a law, there is at least the possibility that you will face a penalty. The penalty could be a fine, loss of a licence or privileges, or even jail. Laws are different from policies. Government policy can be defined many ways but essentially it is the plan of action the government wishes to take. Governments often need to pass laws to put their policies into effect.

Much of the debate about environmental law creation takes place during the policy formation stage. A government will formally and informally seek input from the public about things it is thinking about doing. It may release a ‘green paper’ setting out possible alternatives for discussion or a ‘white paper’ showing the alternative that the government likes the best. It is the job of the opposition parties in the federal Parliament or in the legislature of the province creating the policy to point out all the potential negative effects of the proposed laws. The federal, provincial and territorial governments have broad duties to consult if proposed legislation affects Aboriginal or treaty rights. Sometimes, as with the creation of Regional Plans in Alberta under the Alberta Land Stewardship Act, the law requires consultation. The government in power may adjust its policies depending on what it hears. In recent years, the public has come to expect that there will be consultation on bigger environmental and planning matters.

Once the policy the government wants to adopt becomes more firm, laws can be created. The ways environmental policy becomes environmental law are the same as the ways other laws are created in Canada. The federal, provincial and territorial governments can create statutes or regulations. Municipalities can create bylaws.

Much of the debate about environmental law creation takes place during the policy formation stage. The creation of a statute follows a formal process which can vary depending on what happens along the way. The outline for the federal process when a law is proposed by the party in power is this: A government agency will be asked to prepare a proposal for legislation. Legal experts in the civil service will review the draft to make sure it complies with the Canadian Constitution. If the policy has environmental implications (good or bad), a review must be conducted to ensure it complies with the federal Sustainable Development Strategy. The proposal is then submitted to Cabinet for review by the Cabinet Committee on Environment, Climate Change and Energy. If there are no concerns, legal staff prepare a ‘bill’, which is the first draft of the actual wording of the proposed new law. Now the bill enters the process of being approved, modified or rejected by Parliament. The Environment Minister introduces it in the House of Commons. This is called ‘first reading’. The bill isn’t debated at this stage, just circulated so Members of Parliament and their constituents become aware of it. It may get referred to a parliamentary committee for study. The government will later reintroduce the bill for ‘second reading’. At this stage there will be a debate in the House of Commons. There is another opportunity after second reading for a study of the bill by a parliamentary committee. Committees can hold hearings, call witnesses, recommend changes and will eventually send a report back to the House of Commons with recommendations.  The bill then goes to the House of Commons for a final vote, where it can be passed with or without the recommended changes. If the government does not have an absolute majority of seats in the House of Commons, they may be forced to accept changes proposed by the opposition. Federal bills then go through a similar process of three readings and committees in the Senate. (Processes in the provinces follow a similar path up to this point, but differ here because no province has a Senate). Once passed by the Senate the bill receives the formality of ‘Royal Assent’ from the Governor General (or the Lieutenant Governor of the province) and becomes law on the date set out in the bill (this is called ‘coming into force’).

The federal, provincial and territorial governments have broad duties to consult if proposed legislation affects Aboriginal or treaty rights.A statute can say that the government can pass regulations. The statute may provide limits about what can be included in the regulations and each government has a process that has to be followed. The process will provide for legal review, approval by the federal or provincial cabinet through an Order in Council, publication in the Canada Gazette or its provincial equivalent, then registration as a regulation to make sure it is accessible to everyone. Regulations are supposed to fill in blanks left by the legislation or deal with things that change comparatively often. The process is simpler but doesn’t offer as many opportunities for public review and input.

Committees can hold hearings, call witnesses, recommend changes and will eventually send a report back to the House of Commons with recommendations. A federal or provincial statute can also say that rule-making authority is delegated to an agency or to a government official (often called a ‘director’) who is appointed under the authority of the Act. These officials have only the rule-making power that the statute or regulation gives them.  Environmental organizations have complained in recent years about the increasing number of environmental approvals that can be made using the discretionary powers of cabinet or delegated to government officials.

A common complaint about environmental law is that it is too complex. Environmental law is complex because human interaction with the environment is complex. It is important to understand how laws are made about the environmental things you care about so you can take advantage of the opportunities that do exist to have input into their creation. This applies whether you are opposed to a potential new rule or for it. You may not be able to have a say in every case, but there are more opportunities than most people realize.